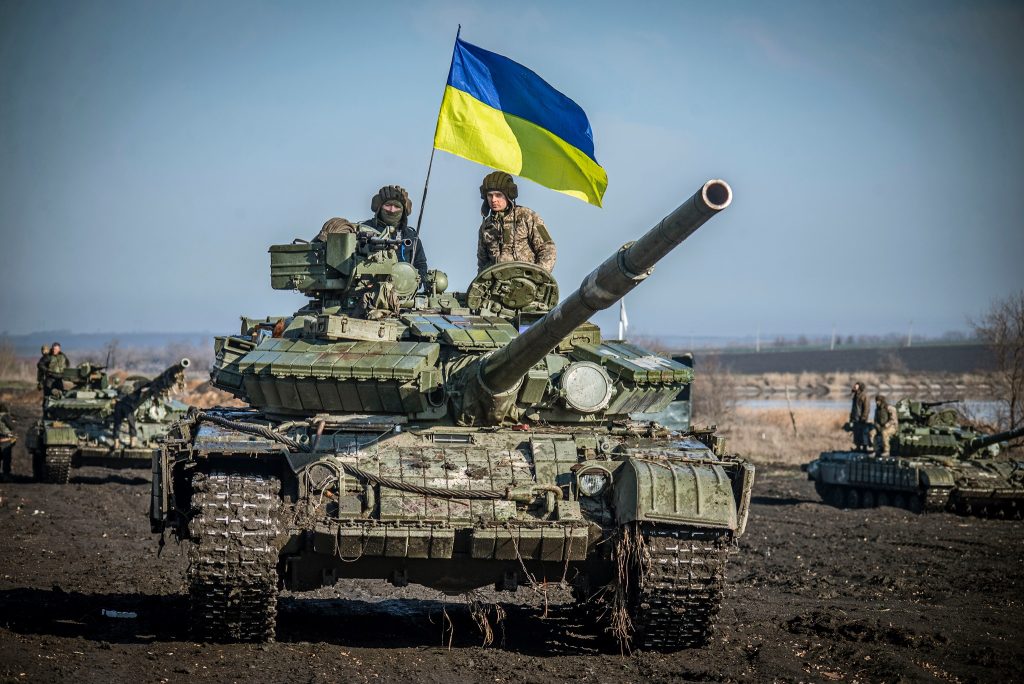 Russian President Vladimir Putin has made a terrible miscalculation.

When he launched his full-scale invasion of Ukraine on February 24, Putin apparently thought it would be possible to wage war specifically against the country’s political leadership. He appears to have fallen into the trap of believing his own propaganda and assuming today’s Ukraine was just like modern Russia, with its largely passive and apolitical population. Based on his own experience of dictatorial government, Putin thought it would be a relatively simple task to intimidate or remove a few key Ukrainian leaders and take over the country.

Instead, he now finds himself at war with an entire nation of 40 million.

Putin has made every single Ukrainian his enemy. During the first five days of the conflict, he has learned the painful lesson that Ukrainian society is far more capable of mobilizing our collective strength than any citizen of an authoritarian regime could possibly comprehend.

The whole of Ukraine has risen to the challenge of Putin’s invasion. Tens of thousands of Ukrainians have enrolled in Ukraine’s territorial defense forces. Queues have formed in cities across the country to give blood. Ordinary Ukrainians in towns and villages have set up improvised militias to hunt down saboteurs and slow the advance of Russian forces.

Staff at garbage sorting stations have begun retrieving glass bottles for later use as Molotov cocktails. Metalworkers are busy constructing anti-tank obstacles for the thousands of checkpoints sprouting up across Ukraine. Activists scour cities for tags left by Russian agents to aid airstrikes or guide paratrooper landings.

Members of the public promptly inform the Ukrainian Armed Forces whenever they become aware of enemy forces in the vicinity. When Defense Minister Oleksii Reznikov calls on villagers to destroy the fuel trucks following Russian armored columns, he does so knowing that many will do exactly that.

During the first day of the invasion, Ukrainians set to work securing the supplies necessary for our defenders, while also organizing the transport and accommodation of refugees. The many different elements of Ukrainian society are now operating in unison like a well-oiled machine.

Meanwhile, Ukrainians abroad and all those who value peace and justice are organizing rallies and helping to pressure the international community into expanding its support for Ukraine.

Everyone is finding ways to contribute to Ukraine’s defense. As a member of the Ukrainian parliament, I spend much of my time communicating with international media outlets. I aim to offer up-to-date information about the situation in Ukraine while providing crucial context and explaining the kind of support Ukraine currently needs most from the outside world.

I am surrounded by my former students, who are glued to their phones and computers for up to 20 hours a day coordinating the humanitarian and other assistance that is flooding into Ukraine from around the world. Throughout the day, I hear snippets of conversation about “fresh supplies arriving from Hungary” and “a new delivery from Italy.”

It seems to me that now would be a great time to film a documentary about how civil society works in times of crisis. We could screen it in Russia to showcase the solidarity and self-organization in today’s Ukraine and help Russians to understand why Putin’s invasion is ultimately doomed to fail.

No dictator can reasonably expect to defeat a country where the population is better organized on messaging apps and social media than the entire General Staff of the Russian Army. We are an innovative and inventive nation used to seizing the initiative and working together without waiting for instructions from above.

Most of all, we are a free nation. Today, this free nation stands firmly behind the Ukrainian army. Indeed, the whole of Ukraine is our army.

Inna Sovsun is a Ukrainian MP from the Holos party. A version of this article was originally published by Ukrainska Pravda.