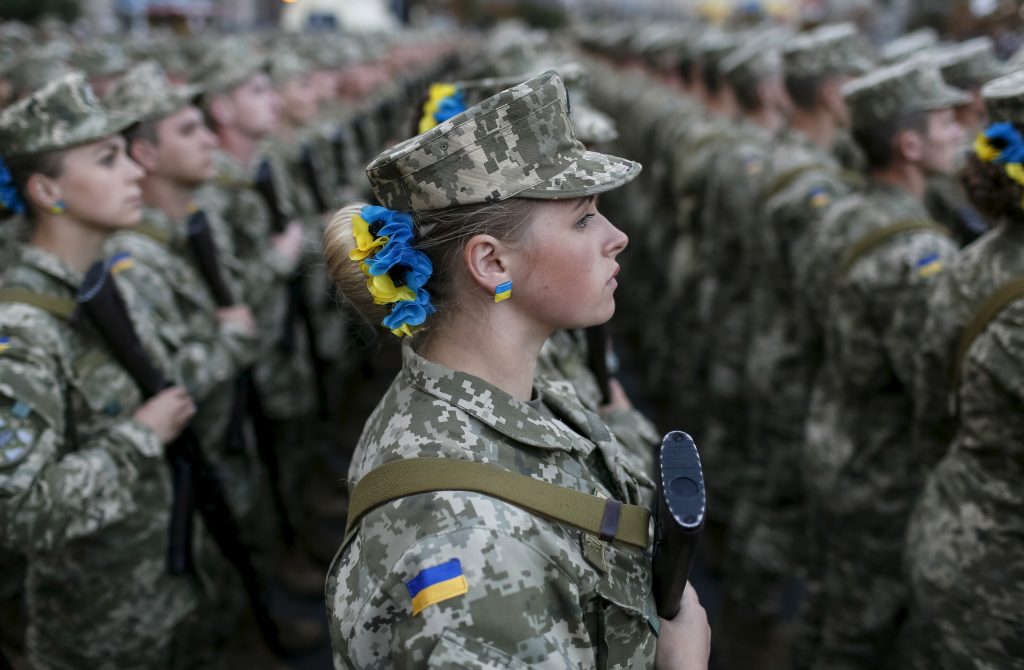 One of the biggest international landmarks in 2021 will be the thirtieth anniversary of the Soviet collapse. The historical significance of this event is not in doubt, but the nature of the coming commemorations is likely to differ strikingly in the various independent nations that make up the post-Soviet world.

For the Baltic States, the collapse of the USSR is an increasingly distant memory from a bygone era. In Putin’s Russia, it is an open wound and a lingering source of national humiliation. In Ukraine, it is unfinished business.

Many of the obstacles encountered by post-Soviet Ukraine have been equally evident elsewhere in the former Soviet Empire. From chronic corruption and over-powerful oligarchs to crumbling infrastructure and widespread poverty, the biggest practical problems facing Ukrainian society since 1991 have been entirely typical for the region.

What makes the Ukrainian experience stand out is the role of Russia. Among all the former Soviet republics, Ukraine occupies a unique place in the Russian imagination that positions it close to the heart of Russia’s own sense of self. Even today, many Russians have difficulty dealing with the notion of Ukraine as a separate and independent nation.

This is hardly surprising. Modern Russia traces its roots back to ancient Ukraine and the mighty state that emerged in the early Middle Ages around the Ukrainian capital Kyiv. Other Ukrainian cities such as Odesa, Kharkiv, and Donetsk play similarly prominent roles in Russia’s national story, along with entire Ukrainian regions including the Donbas and the Crimean peninsula.

From language and religion to familial and cultural ties, the two modern countries remain intricately linked in ways that continue to blur the boundaries between them. However, the relationship is far from equal. On the contrary, Russia has dominated Ukraine for so long and in so comprehensive a manner that it has succeeded in distorting the very essence of Ukraine’s national identity.

From the 1600s onwards, centuries of increasingly direct Russian control over Ukraine enabled wave upon wave of russification. Similar processes took place elsewhere in the Czarist and Soviet empires, but nowhere was it quite as intense as in Ukraine.

For hundreds of years, the Russian authorities actively suppressed all vestiges of a separate and distinct Ukrainian identity. Ukrainians found themselves reduced to the status of “Little Russians”; their language derided and outlawed as a mere dialect; their history erased or rewritten to reflect Russian imperial visions.

Meanwhile, huge numbers of Russians were encouraged to settle in Ukraine, particularly in the sparsely populated steppe lands in the south and east of the country. Even today, these regions continue to constitute the heartlands of Russian influence in Ukraine.

Under Stalin, Ukraine’s russification reached an apocalyptic nadir. The manmade famine of 1932-33 killed millions of Ukrainians, while years of Stalinist terror deliberately targeted the spiritual, intellectual, and cultural leadership of the Ukrainian nation. By the final decades of the Soviet era, the russification of Ukrainian society had advanced so far that the entire concept of Ukrainian statehood qualified as dangerous extremism.

This deeply dysfunctional background makes Ukraine’s 1991 referendum, when more than 92% of voters backed the creation of an independent Ukraine, all the more remarkable. It also goes a long way towards explaining the relentless political instability that has plagued Ukraine ever since.

The dawn of Ukrainian independence did not mean a definitive end to Russian influence. Instead, direct control gave way to indirect management through Moscow’s deep penetration of Ukraine’s political and business elites. Pro-Russian political parties and Russian-backed Ukrainian media continued to promote Kremlin-friendly narratives, while the Russian Orthodox Church provided a spiritual dimension to this informal empire.

Enduring Russian influence has greatly complicated post-Soviet Ukraine’s nation-building efforts. It has bred remarkable degrees of hostility among some sections of society towards everyday manifestations of Ukrainian statehood, and helped fuel an endless procession of memory wars. Attempts to redefine the country’s past in Ukrainian terms have consistently provoked howls of protest from the millions of Ukrainians who continue to embrace the old Russia-centric interpretations of regional history.

Ultimately, Ukraine’s awkward balancing act between Russian past and independent present was doomed to fail. The relationship never really recovered from the shock of Ukraine’s pro-European Orange Revolution in 2004. The final collapse came ten years later when Ukrainians once again took to the streets in their millions to protest Russian efforts to block an Association Agreement with the European Union.

Russia’s military response to Ukraine’s European choice exposed the ugly imperial reality behind Moscow’s traditional appeals to Slavonic fraternity. It also backfired disastrously. Instead of provoking the collapse of Ukrainian statehood, Russia’s 2014 invasion of Crimea and eastern Ukraine succeeded in galvanizing Ukrainian national identity in ways that few had previously imagined possible. Seven years on, a clear majority of Ukrainians now see Russia as the aggressor state in a war that has come to define the nation’s ongoing struggle for true independence.

This struggle remains far from over. Many now regard the election of President Zelenskyy as a dangerous step in the wrong direction. Since taking office in spring 2019, Zelenskyy has appointed numerous figures with pro-Russian backgrounds to senior government posts. Unlike his predecessor Petro Poroshenko, he has downplayed the importance of Ukraine’s efforts to establish a national historical narrative of its own, preferring instead to avoid the minefield of memory politics whenever possible.

Russia is also far from ready to admit defeat. Despite the damage done to Russian influence in Ukraine by the ongoing occupation of Crimea and unresolved conflict in the east of the country, Ukraine’s pro-Kremlin Opposition Platform-For Life party remains the second largest political force in the national parliament. Pro-Russian forces still control much of Ukraine’s mainstream media and Russian pop culture remains a ubiquitous aspect of Ukrainian daily life.

Nevertheless, it is virtually impossible to conceive of any scenario that would allow for a return to the pre-war status quo of 2014. The conflict has touched too many lives and shattered too many illusions for that to happen. Every single day for almost seven years, tens of thousands of Ukrainian soldiers have defended the country against Russian aggression. Longstanding economic ties have been broken. Extended families have stopped communicating. Meanwhile, the entire Ukrainian population has witnessed the vile propaganda relentlessly pumped out by Russia to blacken Ukraine’s name. This makes meaningful reconciliation a distant prospect. When it does finally come, any thaw will stop well short of the intimacy that once existed between the two nations.

The continued prominence of pro-Kremlin politicians in today’s Ukraine may also be misleading. While Moscow-friendly parties and candidates can still often be found close to the top of opinion polls, this owes much to the fractured nature of Ukraine’s political landscape. In reality, support levels have fallen dramatically and now hover at around 20%, with the bulk of this backing coming from older demographics. Less than a decade ago, pro-Russian political forces were able to win Ukrainian presidential elections and secure parliamentary majorities. Similar ambitions now appear to be out of the question.

The most realistic forecast is for Russian influence to remain in gradual decline throughout the coming decade as the last truly Soviet generation of Ukrainians shuffles slowly towards retirement and are replaced by post-Soviet Ukrainians who are more inclined to see their future as part of the Western world. Moscow will retain the ability to throw its considerable weight around in Ukraine for many years to come, but it will no longer be capable of dictating the course of events entirely.

The slow-motion eclipse of Russia’s informal empire in Ukraine looks destined to become the single greatest geopolitical consequence of the Soviet collapse. The glacial pace of this process has obscured its importance, but it has the potential to transform the political map of Europe. As we approach the thirtieth anniversary of the USSR’s demise, Ukraine is now closer than ever to escaping the Russian sphere of influence, and the man most directly responsible is Vladimir Putin himself.

Tech giant Twitter’s decision to block the account of US President Donald Trump has sparked a global free speech debate, but Ukraine has been warning for years about the dangers of weaponized social media.