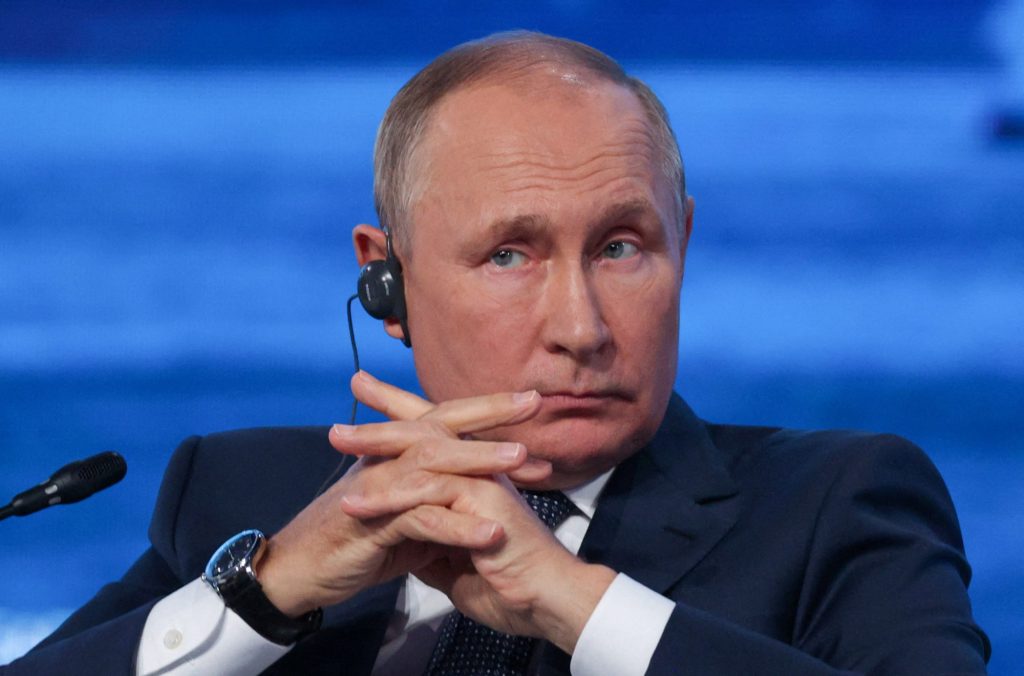 A week after Russian energy giant Gazprom suspended gas exports to Germany via Nord Stream 1, Russian President Vladimir Putin threatened on September 7 to cut remaining supplies and leave “the West to freeze” if it attempted to cap oil and gas prices. Such statements would have thrown markets into a spin and created political panic only a few months ago but that is now no longer the case. Instead, there are signs Putin may have overplayed his hand and could be about to lose his gas war against Europe.

For more than a year, Gazprom has kept European energy markets on tenterhooks. The Russian company reduced this year’s overall gas supplies to Europe by 40% compared to 2021, limiting exports to major buyers or completely suspending deliveries to companies or countries that refused to yield to political pressure. The tactic has pushed European gas prices to all-time highs, soaring ten times above the five-year average as companies and governments scrambled to find immediate solutions and avert an energy crisis of unprecedented proportions with winter looming.

However, Europe appears to be adjusting to Russia’s tactics. Although prices remain very volatile and well above the averages witnessed in recent years, they have already dropped more than 40% since reaching record highs at the start of September. Meanwhile, there are growing indications that markets are finding solutions to the new circumstances, inspiring cautious optimism that the coming winter season may not be as bleak as many in Europe initially feared.

Unlike in 2021 when European gas stocks were only 67% full at this time of year, storage facilities are now at 82% of capacity, already exceeding an 80% target figure for October 1 set by the EU for member states. This alone is an extraordinary achievement considering the rising gas prices of recent months and the fact that Russian supplies to Europe are now less than a quarter of what Gazprom exported a year ago.

At the same time, record high prices have prompted large industrial consumers to curb demand, helping to rebalance the supply-demand equilibrium. So far, industrial demand has fallen nearly 22% over the five-year average in Western European countries, with gas-intensive fertilizer companies closing or limiting 70% of production, according to international energy and petrochemicals news and data provider ICIS.

The situation is far from ideal for industrial consumers and economies as a whole, but demand reduction is the most important tool to cope with the supply crunch. The EU has recommended a 15% demand reduction over the five-year average between August 2022 and March 2023.

European governments have also been preparing their populations for the difficulties that they are likely to face this winter and are encouraging households to switch to alternative non-gas reliant supplies or adjust temperatures in their homes. The message is sinking in. In August alone, overall household demand appears to have dropped some 10%, while European consumers are rushing to install solar panels, heat pumps, or stockpile firewood in order to help save gas.

On the supply side, Europe is also witnessing a radical transformation. Across the continent, there are now more gas flows being pumped from west to east than east to west. This means Europe has decisively turned to global supplies of liquefied natural gas with imports of LNG now at record levels. Europe has received 1026 LNG shipments so far this year, of which nearly half were sourced in the US. To compare, annual European LNG shipments in 2021 amounted to 1135 with just 197 coming from the US, according to ICIS data.

These volumes are set to soar further in the final months of the year as more countries expand their LNG import infrastructure. Two floating storage and regasification units (FSRUs) have already docked in the Netherlands and are preparing to receive their first US-sourced LNG deliveries. The new facilities will supply not only local companies but also consumers as far afield as the landlocked Czech Republic.

Germany is also expecting to set up three FSRUs until March 2023 with another three due to come into operation by the end of 2023. Other countries such as Estonia and Finland have jointly leased an FSRU which could be in operation as early as December 2022, while Poland is expecting to commission a pipeline to start bringing Norwegian gas by the start of October 2022.

Assuming a mild winter without extensive spells of cold weather, Europe should be able to cope with current challenges, arguably even in a scenario where Gazprom were to cut gas supplies altogether. However, much will depend on the technical ability of infrastructure operators to manage electricity and gas transmission systems to avert possible blackouts as well as on individual member states standing together and supporting each other in case of need.

France and Germany have already pledged to provide help as necessary, with the former offering to swap natural gas for electricity in case of shortages this winter. Such solidarity agreements need to be extended across Europe and should include non-EU countries like Ukraine and Moldova.

EU policy-makers are currently under tremendous political pressure to take populist measures in order to shield consumers from high energy bills and possible rationing. While it is humane to protect the vulnerable, politicians also need to be mindful of the measures that are taken so they do not produce more harm in the long-term than good in the short run. They should remember that one of the key reasons why Europe is teetering on the verge of an energy crisis is Russia’s gas war against European consumers. There are encouraging signs Putin is losing his gas war but Europe must ultimately ensure that Russia is disarmed for good.

There can be no compromise between Russian genocide and Ukrainian freedom

Calls for a negotiated peace settlement in Ukraine fail to recognize that Russia’s imperial ambitions and the Kremlin’s genocidal objectives render any kind of compromise incompatible with Ukrainian statehood.

Russia may not survive Putin’s disastrous decision to invade Ukraine

The Russian Federation looks set to face growing threats from domestic separatist movements in the coming years as Vladimir Putin’s disastrous decision to invade Ukraine serves as a catalyst for imperial collapse.