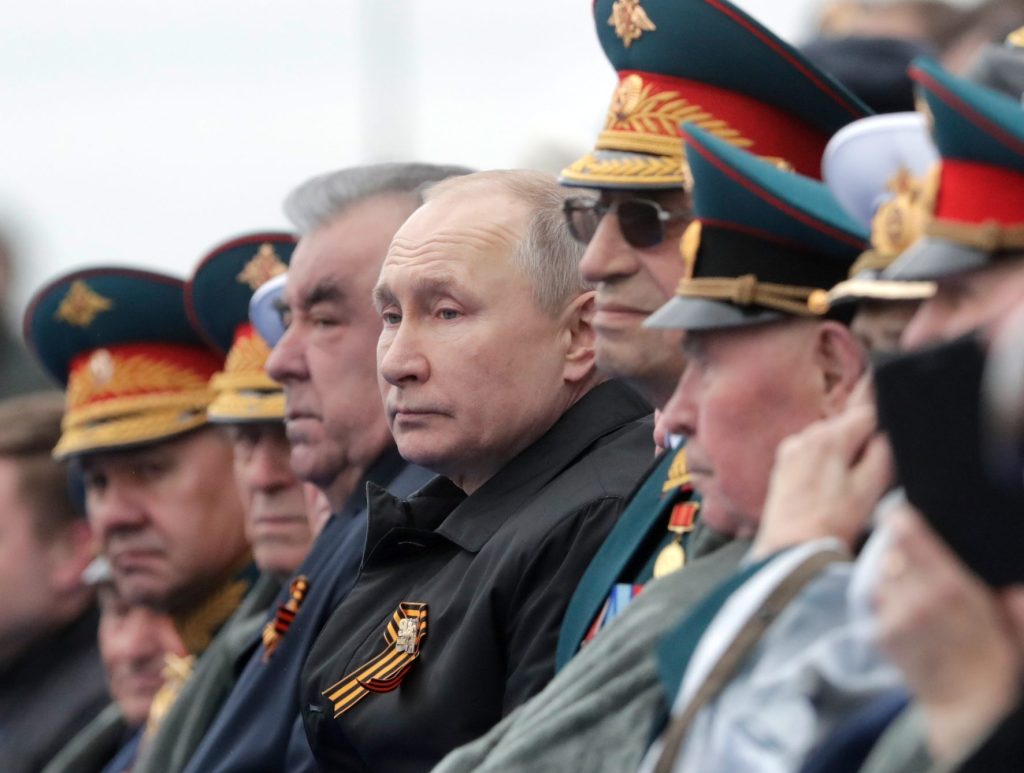 Russia’s war in Ukraine has demonstrated that the Kremlin does not respect the fundamentals of international law or the sanctity of international borders. This imperialistic foreign policy may soon rebound on Russia itself. Russia’s territorial integrity looks set to become increasingly disputed by the country’s numerous internal republics and regions as the disastrous invasion of Ukraine serves as a catalyst for imperial collapse.

My new book, Failed State: A Guide to Russia’s Rupture, contends that the Russian Federation has been unable to transform itself into a nation-state, a civic state, or even a stable imperial state. The approaching rupture of the Russian Federation will be the third phase of imperial collapse following the unraveling of the Soviet bloc in Eastern Europe and the disintegration of the Soviet Union in the late 1980s and early 1990s.

Russia’s numerous economic, demographic, and social weakness are exacerbated by a convergence of factors including over-dependence on fossil fuel exports, a contracting economy, and intensifying regional and ethnic disquiet. Since February 2022, Russia’s full-scale invasion of Ukraine has accelerated the process of state rupture by failing to achieve the Kremlin’s goals while resulting in escalating military casualties and increasingly damaging international sanctions.

Although Russia’s 1993 Constitution defines the country as a federation, in reality it is a centralized neo-imperial construct. This state is approaching the end of a regime cycle in which the political status quo is becoming increasingly precarious. Not since the fracturing of the Soviet Union have several simultaneous crises become so stark, including government inability to ensure sustained economic development, widening disparities between Moscow and the federal regions, and looming military defeat or indefinite stalemate in Ukraine.

The Russian Federation is faced with an existential paradox in which the liberal opposition is no position to replace the regime. Without political pluralism, economic reform, and regional autonomy, the federal structure will become increasingly unmanageable. However, even if democratic reforms were undertaken, several regions could nevertheless use the opportunity to secede. The potential for violent conflicts may diminish in the event of systemic reform, while the prospects for violent conflict substantially increase if reforms are indefinitely blocked.

As the country slides toward turmoil, the existing federal system will be viewed as illegitimate by expanding sectors of the population. A spectrum of domestic scenarios can then materialize that will thrust the country toward fragmentation, including intensifying intra-elite power struggles, escalating conflicts between the Kremlin and regional governments, and a breakdown of central controls in several parts of the country.

Moves toward separation by any of the 22 non-Russian republics would be likely to provoke similar demands for self-determination among several regions with ethnic Russian majorities. This would significantly weaken the center and lessen the likelihood of maintaining an autocratic state. Instructively, in the early 1990s when the Soviet Union began to unravel, 40% of the predominantly ethnic Russian regions pressed for greater autonomy and some veered toward sovereignty similar to the national republics. Separatist movements often start with demands for economic decentralization and then escalate in response to central government actions along with soaring elite and public aspirations.

Public acquiescence and regime survival under Putin’s rule are based on a combination of aggressive foreign policy, militarism, anti-Western propaganda, and rising living standards. But the failing and costly war in Ukraine will deepen social and regional discontent regardless of Kremlin propaganda.

In the coming years, the Russian Federation could face a repeat of either the Soviet or the Yugoslav collapse, or some combination of the two. While some republics may exit Russia relatively unscathed, outright conflicts could materialize between the center and some federal subjects. Moscow can try to emulate Serbia in the 1990s by mobilizing ethnic Russians to carve out ethnically homogenous regions from rebellious republics while expelling non-Russian populations, but this will simply hasten the rupture of the imperial state.

Some national republics where the number of ethnic Russians is shrinking may seek full emancipation and statehood, including in the North Caucasus and the Middle Volga. Several predominantly ethnic Russian regions in Siberia, the Urals, and the Russian Far East will also benefit from sovereignty and control over local resources such as fossil fuels, metals, and precious minerals that Moscow now exploits in the manner of a colonial empire.

As Russia lurches toward an escalating internal crisis, NATO will face the urgent challenge of managing the multi-regional impact of growing turmoil. With Russia sliding toward dissolution, NATO will need to prepare its members for any conflict spillovers or territorial incursions.

With this in mind, Western governments should simultaneously declare support for democracy and federalism in Russia as well as the rights of republics and regions to determine their sovereignty and statehood. This can help embolden citizens by demonstrating that they are not isolated on the world stage. As the process unfolds, linkages must be developed with emerging states and closer coordination pursued with all of Russia’s neighbors directly affected by the rupture of Europe’s last imperial construct.

Janusz Bugajski is a senior fellow at the Jamestown Foundation in Washington DC. His new book, Failed State: A Guide to Russia’s Rupture, has just been published. A Ukrainian translation will be available from arc.ua Kyiv in October.