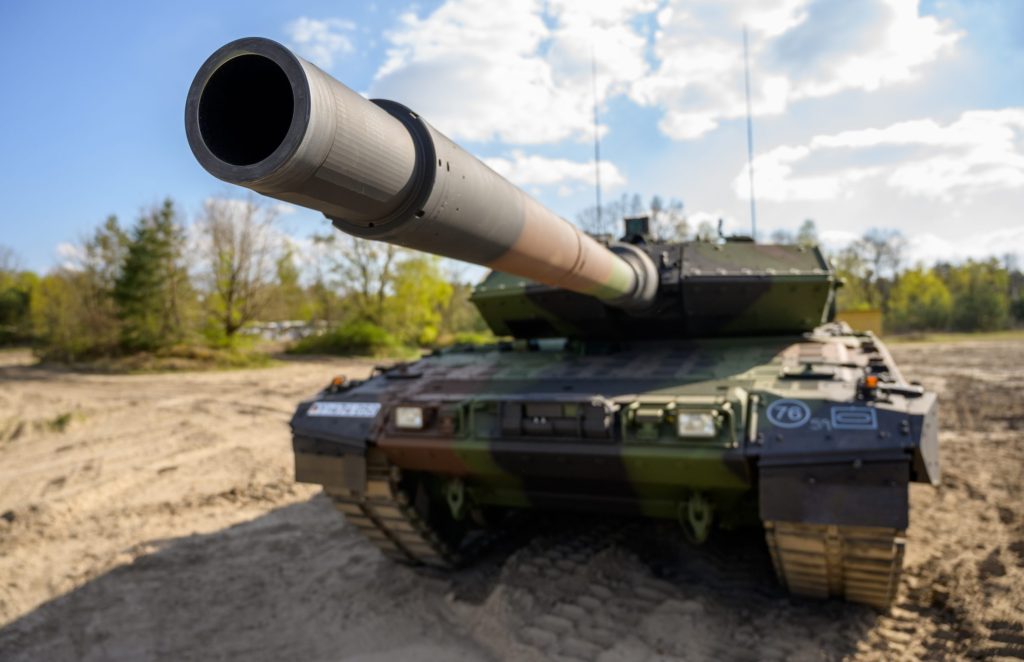 For nearly a year, Ukrainian forces have shown their ability to heroically defend their land and their people against Russia’s invading army. However, despite some genuine triumphs on the battlefield, Ukrainian soldiers and civilians continue to die. Meanwhile, Russian forces are seeking to consolidate their gains and a major new Russian offensive may be looming in the near future.

In this context, after tense and drawn-out wrangling among Western allies and partners, Germany has finally agreed to send (and allow others to send) Leopard 2 main battle tanks to Ukraine, while the United States will provide 31 M1 Abrams tanks. Ukrainians and their supporters have welcomed these long-awaited decisions. Leopard print is now all the rage in Ukraine.

Such decisions are worth celebrating as they were hard fought and will make a difference in saving Ukrainian lives. But while the landmark step of sending tanks demonstrates further Western resolve in support of Kyiv, Ukraine’s partners cannot afford to take a victory lap. Instead, they must remain firmly focused on the work ahead. Tanks are a vital element in Ukraine’s fight, but timing is everything and more is still needed to win the war. Ukraine’s allies and partners must continue to prepare for the long haul in order to defeat Russia.

In the short term, Ukraine’s Western partners need to ensure the country has what it needs to defend against Russian attacks and launch additional counteroffensives to push back Russian forces. In addition to main battle tanks, the announcement earlier this month by France, Germany, and the United States that they would provide newer infantry fighting vehicles, as well as other countries stepping up to provide critical equipment including Czechia, Denmark, Finland, the Netherlands, Poland, and Sweden, were important steps toward ensuring Ukraine will be able to pack a substantial punch. Meanwhile, Patriot missile systems will further augment Ukraine’s air defense against Russian missile attacks that have terrorized civilians.

While this support is meaningful, there is no time for complacency. Speed in both decision-making and delivery must now be prioritized. As Ukrainian President Volodymyr Zelenskyy said to the latest Ramstein Format meeting on January 20, “time remains a Russian weapon. We have to speed up.”

New weapons systems will require training and logistical support networks to handle everything from maintenance to refueling. Moreover, Russian forces continue to launch attacks, while their terror tactics remain a major threat to the civilian population and infrastructure. Crucially, Putin’s troops are also digging in and fortifying their positions in an effort to better defend and consolidate their gains.

Ukraine’s Western partners should not stop with tanks and armored fighting vehicles. While tanks have long been a Ukrainian priority, a range of other important items featured on Ukrainian Defense Minister Oleksii Reznikov’s wish list before the latest Ramstein meeting, including more air defense systems and systematic ammunition supplies. And just as HIMARS devastated Russian supply depots, transportation nodes, and command centers during summer 2022, setting the stage for Ukraine’s autumn counteroffensives, the United States should now give Ukraine longer range systems and UAVs, including ground-launched small diameter bombs and ATACMS, to better enable Ukraine to lay the groundwork for future counteroffensives.

The international coalition of nations backing Ukraine’s war effort cannot confine themselves to short-term thinking alone. Evidence suggests Russian President Vladimir Putin is preparing for a long war, overseeing the mobilization of new recruits and ordering the country’s defense industry to boost production. Western leaders must make it abundantly clear, in word and action, that Putin cannot wait them out.

It is also vital to consistently and clearly reaffirm and communicate the interests and values at stake in this war. Most notably, Russia under Putin has proven itself to be irredeemably revanchist, undermining European security and flagrantly violating international norms in an unjustified war of aggression. In the long-term, transatlantic security is best served by a strong, committed response to Putin’s aggression.

Furthermore, Western partners need to ensure they are able to produce what is necessary to support Ukraine and account for their own security. There are positive indicators toward this end. For example, a recent New York Times report stated that the Pentagon is planning to substantially increase the monthly production of 155 mm artillery shells, critical for the howitzers Ukraine has used to counter Russia’s artillery advantage. The United States, along with allied and partner governments, will need to continue to work with the private sector to ensure long-term support for Ukraine is feasible.

Finally, Western leaders should prepare for a world in which Ukraine is victorious and Russia is defeated. Indeed, there ought to be shared strategic clarity that this is the desired end state. Fear of the consequences of Russia’s defeat must not delay further support for Ukraine.

A defeated Ukraine would be a disaster, inviting further aggression from Putin once he rebuilds his battered military. That outcome seems less likely at this point, though a hypothetical collapse of Western support in conjunction with a major renewed Russian offensive means it cannot be ruled out. A concession-laden compromise remains more likely, spurred by fatigued Western allies and partners losing the will and capacity to support Ukraine. This, too, would be far from ideal, as it would show Putin (and other autocrats) that aggression can pay, even if it is costly.

The best outcome is one in which Ukraine is victorious and well-positioned to become an integrated part of Western institutions capable of deterring any future aggression. This scenario would see Russia defeated and Putin’s dreams of empire shattered against the steely resolve of Ukraine and its Western partners. With continued and heightened support, there is a viable path to this outcome.

A Ukrainian victory would bring its own uncertainties. What would a defeated Russia mean for the future of Putin and his regime? Would the regime collapse and unleash democracy or a new autocracy? The possibility of instability in a country with massive amounts of nuclear weapons must also be taken into account. These are genuine concerns and Ukraine’s Western partners should be thinking through how to navigate them. It is clear, however, that the devil we know is a callous, genocidal, cosplaying Peter the Great who only stands to destabilize and destroy unless he is stopped for good.

After months of debates and delays, Germany finally succumbed to international pressure on January 25 and announced that it would be delivering German-made Leopard tanks to Ukraine and allowing others to do so.

Putin is facing defeat in the information war

Russia’s entire invasion of Ukraine has been built on a web of deceit but Putin is now facing defeat in the information war as the gap between the Kremlin’s alternative reality and the real world becomes too big to bridge.