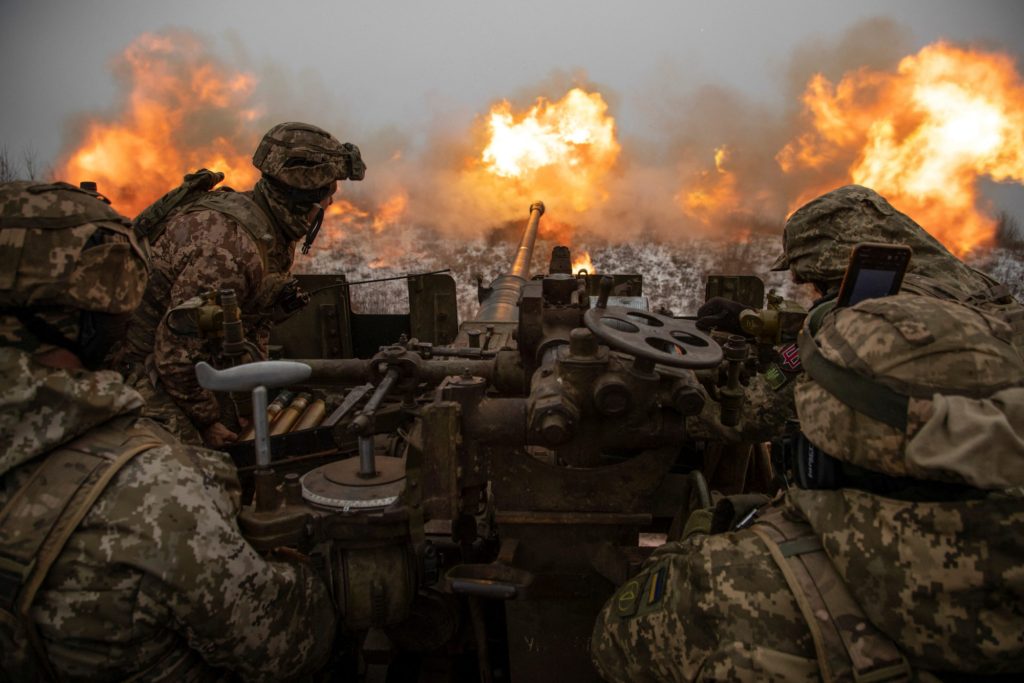 Moscow’s full-scale invasion of Ukraine has thrust the country to the very top of Europe’s strategic agenda. At the same time, Ukrainian membership of both the European Union and NATO remain distant goals. It is therefore vital for the European community to explore other opportunities to strengthen support for Ukraine in 2023. These efforts should involve a combination of intensification and innovation.

One of the simplest and quickest ways of increasing support for Ukraine is through the utilization of already operational treaties, programs, and formats that make it possible to enhance the country’s resilience. These include the EU-Ukraine Association Agreement, which goes beyond any of the agreements signed with Central and Eastern European countries in the 1990s.

Intensification of cooperation within the framework of the Association Agreement will further Ukraine’s EU integration in line with the summer 2022 decision to award the country official EU candidate status. It also presents a number of comparatively uncomplicated opportunities to help Ukraine deal with the immediate issues created by ongoing Russian aggression.

Deepening cooperation with NATO within existing partnership frameworks such as the Enhanced Opportunity Program (EOP) and the NATO-Ukraine Commission is also possible. Meanwhile, the Ukraine Defense Consultative Group, which is informally known as the Ramstein Format, makes it relatively easy to increase weapons supplies to Ukraine and speed up the defeat of Vladimir Putin’s invasion. The most urgent objective in this regard is the delivery of Leopard tanks.

Some existing programs and policies require significant modification in order to account for the dramatically deteriorating circumstances in Ukraine as the full-scale Russian invasion of the country approaches the one-year mark. One obvious step would be the extension and hardening of current Western sanctions against Russia. This intensification of the sanctions regime could seek to widen the circle of targeted state actors and private individuals within Russia while also aiming to impose sanctions measures on a wider range of non-Russian companies that provide Moscow with services and technologies critical to the war effort.

The European Union could look to adopt and introduce a staged EU accession procedure for Ukraine in the coming months that would build on last summer’s confirmation of candidate status. This would involve Ukraine’s gradual inclusion into various sub-unions, governing organs, regulatory frameworks, branch agreements, and special EU programs ahead of full membership.

A resolute intensification and modification of the West’s existing Ukraine-related programs and policies would go a long way to meeting some of Kyiv’s most immediate needs. However, Ukraine’s extraordinary current circumstances and their consequences for the whole European project, as well as the institutional and doctrinal inertia of existing programs, mean that mere acceleration and adaptation will be insufficient. Entirely new tools will be required to bring about a rapid and qualitative change in Kyiv’s ability to win the current war and the subsequent peace.

Innovation will be essential in 2023 in order to provide the support necessary to defeat Putin and prepare the ground for the massive national reconstruction project that lies ahead. A number of novel approaches have already become hot topics on the international agenda. Top of the list is the need for a multilateral reconstruction initiative for Ukraine, which most observers are framing as a successor to the Marshall Plan in post-World War II Europe.

There is currently no consensus of the exact makeup of a possible future Marshall Plan for Ukraine. However, there is a general sense that the EU would play a leading role together with the UN, the world’s leading international financial institutions, national development agencies, individual partner governments, and private investors.

Some policymakers and observers favor the establishment of a reconstruction or coordination center which would function under the joint auspices of the G7 nations and Kyiv. This could serve as an attuning, auditing, and clearing mechanism for multilateral, national, and non-governmental actors in order to harmonize their support for Ukraine under a common roof.

The international community should also look to establish a political risk insurance scheme to help Ukraine attract the foreign direct investment the country will desperately need in the coming years. The EU and international financial institutions could create a framework that will protect investors from war-related risk in order create the right conditions for an economic revival.

Talk of rebuilding Ukraine is still premature, of course. First, Russia’s attempt to take over or destroy the country must be decisively defeated. To achieve this goal, Ukraine needs significantly enhanced weapons supplies from the country’s international partners.

Once active hostilities come to an end, Europe should take the lead in the establishment of a new type of collective security guarantee for Ukraine involving a coalition of willing states. Unless Ukrainian security is guaranteed by a powerful coalition, there will be no sustainable peace in Europe.

Providing Ukraine with the support necessary to defeat Russia and win the peace will require both political will and political skill. This will be neither cheap nor easy. Indeed, European leaders must be prepared to invest considerable political capital if they wish to stop Putin and prevent a far larger war in the coming years. Some will inevitably be reluctant to accept such costs, but failure to do so would have disastrous consequences for Europe and the wider world.

Dr. Andreas Umland is an analyst at the Stockholm Centre for Eastern European Studies (SCEEUS) of the Swedish Institute of International Relations (UI). He recently authored the SCEEUS report: ”How the West Can Help Ukraine: Three Strategies for Achieving a Ukrainian Victory and Rebirth.”

Image: Ukrainian servicemen fire an anti-aircraft gun towards Russian positions on the frontline near the town of Bakhmut in Donetsk region, Ukraine January 15, 2023. (REUTERS/Oleksandr Ratushniak)