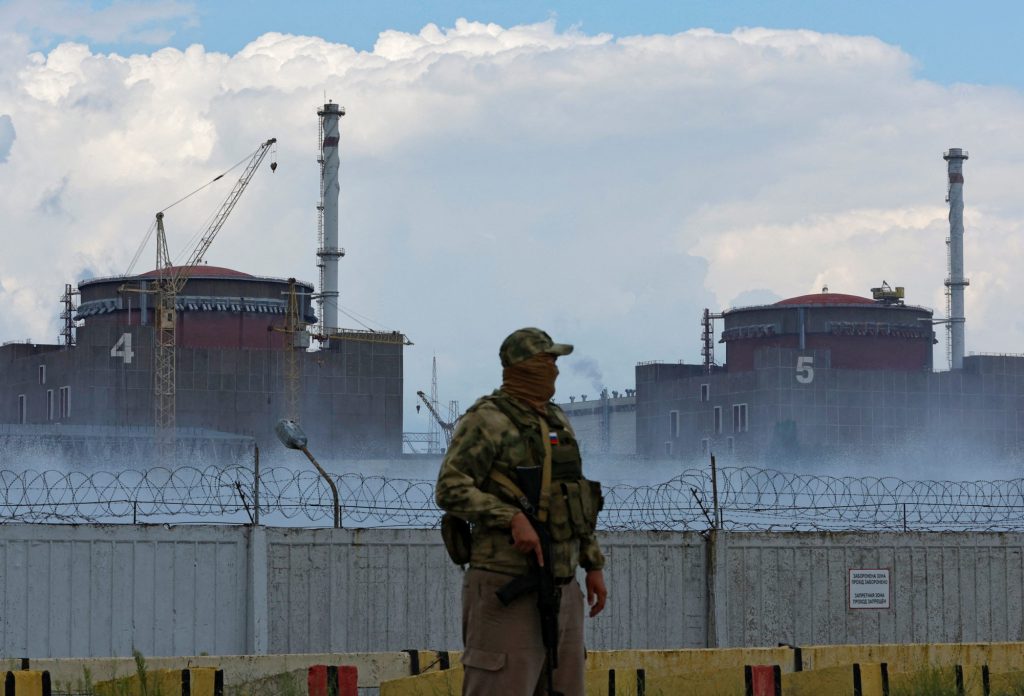 The decision by Ukrainian state-owned atomic energy agency Energoatom to shut down the Zaporizhzhia Nuclear Power Plant (NPP) on September 11 averted much of the risk of a nuclear disaster in Ukraine from Russian shelling of the plant, but it also stripped both Russia and Ukraine of a powerful instrument with which to pursue their broader political and strategic goals. The battle of narratives over the Zaporizhzhia NPP, which Russian troops have held since March 4 but which is operated by Energoatom, has been a microcosm of each country’s broader strategy; Russia uses fear and energy to coerce, while Ukraine uses anything it can to call for more support.

On a technical level, the fear of a nuclear disaster that has engulfed much of Europe was always considerably overblown. The Zaporizhzhia NPP is a resolute achievement of engineering, with three-meter concrete walls that already withstood at least one direct rocket hit in March.

Comparisons with the Chornobyl disaster are inapt because what burned for days in 1986 was graphite in the Chornobyl NPP core, whereas the Zaporizhzhia NPP cores are water-filled and thus cannot burn. Nor does the International Atomic Energy Agency’s (IAEA) September 6 report identify damage to the Zaporizhzhia NPP’s reactor structures, although it does note damage nearby and to new and spent fuel facilities.

A more appropriate comparison is to the Fukushima nuclear disaster, where cooling systems failed due to damage from a tsunami. A complete loss of power to the Zaporizhzhia NPP could have resulted in a similar cooling system failure there, but when Russian strikes severed the plant’s connection to the Ukrainian power grid repeatedly in the last few weeks of shelling, it ran first on diesel generators and then remained powered only by itself. The lone operating reactor number six was used to generate its own electricity to power its own cooling systems, also known as island mode.

This was not a safe situation in the long run. Indeed, the IAEA called it “unsustainable.” But even with the Fukushima disaster, the fallout was fairly localized. Given the strength of the Zaporizhzhia NPP’s nuclear reactor core vessels to contain any release of radioactive material, a similar nuclear cooling system accident there would be unlikely to pose as much of a threat to the Ukrainian civilian population as Russia’s ongoing war crimes.

The hysteria about a potential meltdown was fueled by more complicated dynamics than the magnitude of the risk itself. As a threshold matter, nuclear accidents remain the apex of fear-inducing nightmares, so even balanced media coverage has tended to ignite worst-case scenario thinking. This natural human reaction makes the Zaporizhzhia NPP a powerful tool for both Russia and Ukraine.

On September 5, Ukrainian President Volodymyr Zelenskyy used his nightly address to proclaim that, regarding the Zaporizhzhia NPP, “Russia is only interested in keeping the situation at its worst for the longest time.” That seems to be true. Leaving Ukraine and Europe in a state of panic over a possible nuclear disaster certainly gave Russia additional leverage in the form of terror with which it could attempt to press its goals.

There is no evidence that this tactic worked. Nevertheless, Russia’s attempts to leverage fears of a possible nuclear catastrophe were part of broader efforts to drive a wedge between Europe and Ukraine, presumably with an eye to getting Europe to help force Ukraine into concessions in exchange for nuclear security. This is why Russia refused to give the IAEA access to the plant immediately and then limited both media coverage of the visit and access during the visit itself.

Ukraine also accused Russia of trying to steal the Zaporizhzhia NPP. The Ukrainian claim was that Russia was trying to divert the electricity from the plant to power Russian-occupied Crimea or the Donbas. This would amount to utilities annexation. Although technically possible, it is in practice a very complex and difficult undertaking. Given Russia’s inability to do much right during its military campaign, it is hard to imagine in the current situation the cloud of ineptitude clearing for such a highly sensitive and technical electrical grid operation.

It appears most likely that this is another example of Russia using energy as a weapon against Ukraine and Europe. Forcing the Zaporizhzhia NPP offline by shelling the facility removes over 22% of Ukraine’s electricity generation capacity. Coupled with thermal power plants being shelled, the seizure of a hydroelectric plant, the taking offline of Ukraine’s 12% renewables generation, and dozens of strikes on power lines and electrical substations, Russia’s willful recklessness at the Zaporizhzhia NPP appears part of a broader strategy to cut Ukraine off from energy sources.

With Ukrainian consumption down 35% due to wartime population, territory, and infrastructure losses, the country does not yet face a power crisis, but the situation has the potential to become a crisis once reconstruction starts. Furthermore, the loss of over 30% of its baseload generation capacity makes Ukraine’s grid less stable, which could encourage the countries of Europe to delay allowing Ukraine the right to export power commercially to European markets.

Few credible observers take Kremlin claims seriously that Ukrainian troops are themselves shelling the Zaporizhzhia NPP. But Ukraine is not entirely innocent of using the Zaporizhzhia NPP standoff to provoke and entreat. The threat of a nuclear disaster at Russia’s hands has allowed Kyiv to demonstrate the barbarity of Putin and his invading army. It has also given the war an urgency for some countries and international agencies that might otherwise have continued to view the assault on Ukraine as a distant tragedy.

Most importantly, the risk of a nuclear accident at the Zaporizhzhia NPP makes for unparalleled emotional fodder for appeals and fundraising campaigns. Foreign military and financial support for Ukraine has kept the lights on in Kyiv and helped Ukraine hold back and maybe even turn the tide of Russian aggression on the battlefield. However, after more than 200 days of war, signs of Ukraine fatigue are growing. Foreign governments now have mounting domestic economic and energy crises to address. Populations globally are experiencing inflation and high energy costs. They can be forgiven for shifting their focus from the suffering of Ukrainians. Ukrainians can also be forgiven for trying to keep the attention of the world on their country’s plight, using whatever means available.

Suriya Jayanti is a nonresident senior fellow at the Atlantic Council.

Ukraine’s recent Kharkiv counteroffensive was a major breakthrough but the country’s Western partners must now deliver more weapons in order to achieve a decisive victory and end Russia’s genocidal occupation.