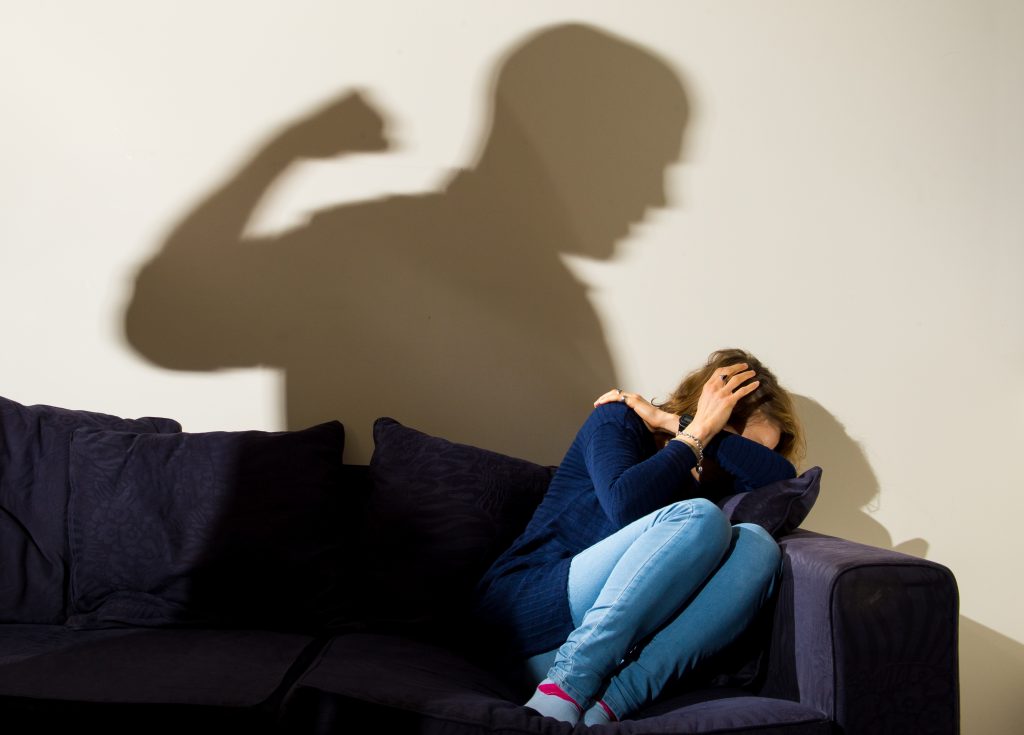 Being a woman in Ukraine is not easy, and it’s even more difficult in the Donbas. Women in this war-torn region of eastern Ukraine experience higher levels of gender-based violence at the hands of both state and non-state actors. Marginalized groups–older women, internally displaced women, and women and girls with disabilities–are in the highest risk categories. The global pandemic has worsened the situation and the issue needs a high-profile champion. Enter stage right Olena Zelenska. The first lady should use her powerful voice to raise awareness about the unacceptable dangers facing her compatriots.

Since the pandemic hit Ukraine, calls to domestic violence hotlines have increased by 50 percent in the Donbas and 35 percent in other regions of Ukraine. Even these figures are likely to reflect only a small part of the wider domestic violence crisis in Ukraine. Research indicates that before COVID-19, only one-third of victims reported their abuse. As winter approaches and cases rise, and with a new round of lockdown restrictions set for January, we should expect the situation to deteriorate further as at-risk women will be stuck at home with their partners.

Fortunately, this issue is getting some attention. Amnesty International’s recent report, Ukraine: Not a Private Matter: Domestic and Sexual Violence Against Women in Eastern Ukraine, highlights how the ongoing Russo-Ukrainian War exacerbates domestic violence in eastern Ukraine and points to the government’s ineffective response.

The military conflict has posed significant challenges to communities in the Donbas. Some 1.5 million people have been internally displaced, unemployment is rampant, and a large number of men lost their jobs. Since traditional gender roles are the norm in Ukraine, the inability of men to provide for their families has taken a significant toll on men’s mental health on top of the financial burden unemployment generates. Those lucky enough to keep their jobs are often underpaid. Salaries in the mining industry, the cornerstone of the local economy, are systemically delayed.

Living close to or inside the conflict zone exposes individuals to shootings and general violence, and those who served on the frontlines may have trouble reintegrating. With a lack of support networks and limited access to mental health care, these factors often contribute to alcohol abuse and domestic violence. Amnesty International identifies additional access to weapons as a worry, since it can intensify the severity of domestic violence cases.

The perpetrators of violence against women are not limited to family members. Women face sexual violence at the hands of military personnel, with Amnesty International reporting eight cases of sexual violence against civilian women and girls throughout 2017 and 2018 in residential areas. This number is likely underreported given the stigma associated with conflict-related sexual violence in Ukraine, as well as the likelihood of re-traumatization during disclosure, particularly in smaller communities.

Despite significant developments in Ukraine’s legislative and institutional response to gender-based violence, the government approach remains ineffective, particularly in the Donetsk and Luhansk regions of eastern Ukraine where levels of violence against women are highest. Recent years have seen the introduction of emergency protection orders and shelters, but the reluctance of individual police officers and a lack of institutional capacity, as well as other barriers, have made it difficult for the government’s proposed response to work in practice. To cut to the chase, domestic violence survivors often do not receive adequate protection and justice.

With domestic violence often viewed as a “family matter” and inadequate training in recognizing psychological and economic violence, police officers (with women only making up 27% of police officers in Donetsk) are often reluctant to file complaints, much less issue emergency protection orders.

In some cases, military and police officers convince survivors not to file or to withdraw complaints in order to avoid “embarrassing” their spouses. If a complaint is filed, there are easy ways to classify it to make criminal prosecution unlikely. Moreover, members of the military and police are exempt from administrative proceedings, which effectively protects them from prosecution for domestic violence. Even when restraining orders are issued, there isn’t enough equipment to monitor compliance. There is also a shortage of police personnel.

Many women choose not to report domestic violence as they don’t believe that justice is possible. When women do report abuse and receive protection, they are likely to become trapped. With a high gender pay gap, occupational segregation into lower salary jobs, and husbands who often control finances, many Ukrainian women cannot live independently even if they have the courage to step out.

Gender-based violence is not limited to the Donbas. A 2019 survey led by the OSCE estimates that “one in five women in Ukraine has experienced economic violence; one in four women has endured physical and/or sexual violence; two of three women have at some point in their life reported psychological violence at the hands of a partner, including controlling and abusive behavior; and one in two women has been subjected to sexual harassment.”

With domestic violence rates spiking across the country, now is the time to sound the alarm. At the end of July 2020, Chatham House reported a sharp rise in reported cases. Nine months into the pandemic and with coronavirus cases increasing nationwide, many Ukrainians have lost their jobs. Already, Ukraine has seen a jump in the national poverty rate, with an estimated 45 percent of citizens expected to be living under the poverty line by the end of 2020. With the pandemic continuing and a rising poverty rate, many women are at risk this winter.

The Ukrainian government faces an array of challenges and appears unable to counter the current rise in domestic violence across the country. Reversing the trend requires a host of expensive interventions that Western governments can help with.

But the key challenge doesn’t cost anything, and this is where first lady Olena Zelenska can help. Ukraine must move away from harmful gender stereotypes. This is something that will require time and sustained effort. Grassroots movements, NGOs, and volunteers have started this process by calling out sexual and domestic violence, sexism in media and politics, and discriminatory attitudes in Ukrainian society. A public champion like Olena Zelenska could turn things around quickly and raise public awareness.

Battle on the home front: Care for Ukraine’s veterans

The situation faced by veterans in today’s Ukraine is not just a human-interest story. The reintegration of veterans must be a priority for Ukraine’s government, its allies, and its NATO partners.