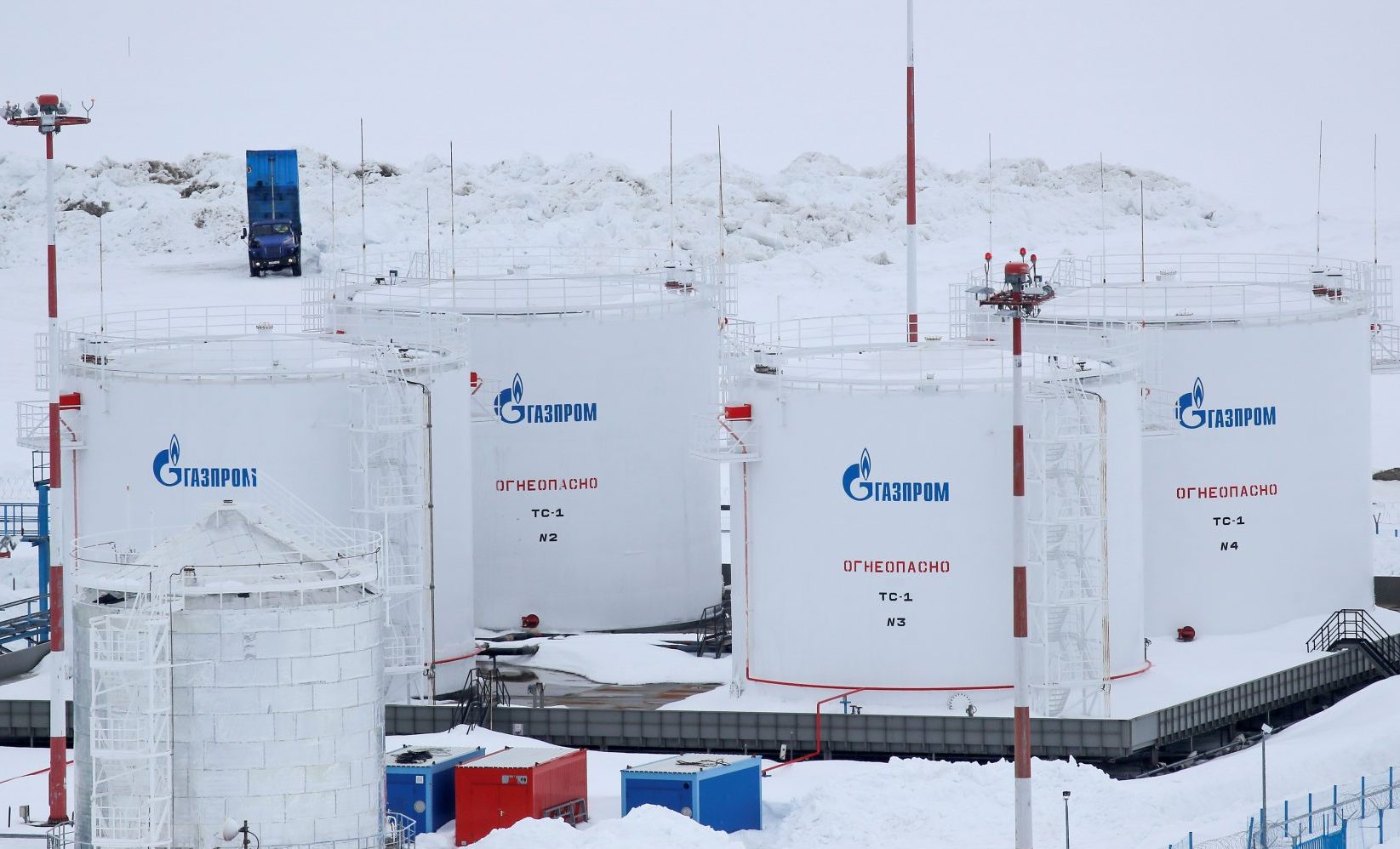 Few in the West think about the ethics of buying hydrocarbons from Putin’s Russia and the real price of such a deal. Let’s look at the example of the Nord Stream 2 project, a gas pipeline from Russia to Germany that should launch in 2020, and who really pays for cheap Russian gas.

Let’s start from the Yamal Peninsula, where they will produce the gas for the Nord Stream 2 pipeline.

Initially, Yamal did not belong to Russia; it was inhabited by indigenous peoples, the Nenets, Selkups, Khanty, and others, who engaged in reindeer husbandry and led a nomadic lifestyle.

The Russian Empire began to colonize Yamal in the 16th century and was primarily interested in natural wealth. One-third of the Russian state treasury was replenished through the sale of furs to the West. Lands were seized, local peoples, especially the Nenets, actively resisted colonization; in response, the colonialists brutally killed indigenous peoples. The Soviets separated indigenous peoples from their children and reindeer by force. In response, they organized the Mandalada—a movement to save the traditional way of life. After fierce resistance, Mandalada participants were arrested, received ten to twenty years in prison, and died in prison.

The discovery of oil and gas fields on the Yamal Peninsula, which promised prosperity for the region, worsened the situation. Gazprom, the Russian state-controlled gas company, continues to take over the lands of the indigenous peoples of Yamal, trying to extract even more gas. The local population is left without pasture for its deer to graze, which destroys their centuries-old lifestyle. The interests of indigenous peoples in Yamal are sacrificed for the interests of oil and gas companies. For the indigenous peoples, little has changed since the 16th century, when the empire took away their furs for sale to the West; only now, the empire takes away their oil and gas for sale to the West. At the same time, the lion’s share of tax revenues from the sale of hydrocarbons are sent to Moscow.

Oil and gas production has also had a negative impact on the fragile northern nature of Yamal.

One of the serious environmental problems on the Yamal Peninsula is gas flaring. It is barbaric and wasteful. Due to imperfect technology, part of the gas is burned and released into the atmosphere, increasing greenhouse gas emissions.

According to the World Bank, Russia is the world leader in gas flaring; in 2018, Russia’s share of gas flaring amounted to 21.3 percent of global emissions.

On the Yamal Peninsula, there are about 1,500 gas flares. Gazprom systematically pollutes the atmosphere in Yamal. For example, in 2015, the Yamal prosecutor’s office recorded an excess of methane emissions by a factor of six and black carbon by a factor of 37.

Unfortunately, Russian state authorities are not fighting Gazprom’s environmental crimes. The fines and warnings that the Yamal prosecutor’s office imposes on Gazprom do not affect the company’s behavior.

The Nord Stream 2 gas pipeline in the Kingisepp district passes through original Finno-Ugric lands. Local Finno-Ugric peoples are concerned that the Nord Stream 2 gas pipeline is destroying their native land, the Kurgalsky reserve, a habitat for rare plants, moss, as well as rare species of birds and animals, such as the white-tailed eagle and ringed seal.

Unfortunately, Nord Stream 2 AG hid the true value of the Kurgalsky reserve. The real consequences of the construction of the pipeline in the nature reserve were not revealed at either the public hearings on the project in Russia and other countries or in the country’s environmental impact report.

Unfortunately, survey work began illegally in the Kurgalsky reserve without any permits. As a result, hundreds of rare plants have been destroyed.

Double standards have been applied while deciding the route of the pipeline in Germany and Russia. In Germany, where the value of the coastal territory is lower than the Kurgalsky reserve, Nord Stream 2 AG considers it possible to use a microtunneling method in construction. In Russia, under similar conditions and with the incomparably higher value of the Kurgalsky reserve, the traditional method of construction with an 85-meter open trench has been adopted. This method has major negative implications for the wildlife in the reserve.

The Russian authorities are solving their own domestic energy supply problem in the worst environmentally terrible way: they use coal instead of gas.

Real environmental disasters occur as a result of the operation of coal-fired power plants, which do not have modern purification filters. For example, in Krasnoyarsk, one can see the “black sky” effect from the emissions of fine fragmented coal dust all too often.

As a result of the Nord Stream 2 project, Europeans will get more climate-friendly gas and Russians will choke on coal dust. The indigenous peoples of Yamal will continue to suffer from associated gas burning by Gazprom and be deprived of the best pasture land, and the Kurgalsky reserve will seriously suffer. With the proceeds from the sale of hydrocarbons, the Putin regime will realize its archaic political ambitions, while carrying out repressions within the country, seizing territories of neighboring states, bribing Western politicians, and carrying out propaganda. Obviously, without the demand for Russian gas, this scheme simply will crumble. Do Europeans agree with this new reality and with the price of “cheap” Russian gas?

Evgeniya Chirikova is an environmentalist from Russia. She tweets @4irikova. Editor’s note: this blog was originally published on the author’s website and has been edited for clarity.

Time is running out to kill Putin’s pet project

Russia’s disregard for European votes, laws, and court rulings against the pipeline should be reason enough to ban the project.

Of all nations, Germany must heed the lessons of history, both current and past. This begs the question as to why Germany would help Europe become more energy dependent on a country like Russia that ignores norms, contracts, laws, treaties, and borders. And yet that is exactly what Germany is about to do if it […]

Image: A view shows fuel tanks at Bovanenkovo airport near a gas processing facility, operated by Gazprom company, on the Arctic Yamal peninsula, Russia May 21, 2019. Picture taken May 21, 2019. REUTERS/Maxim Shemetov