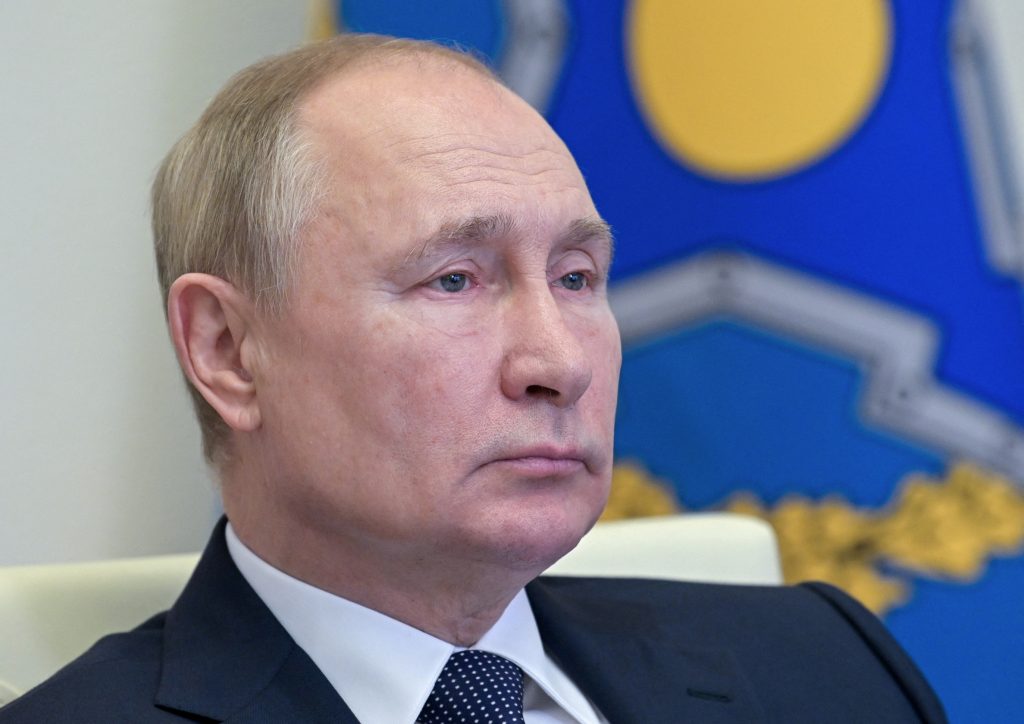 Will this week’s three sets of negotiations between Russia and the US, NATO and OSCE relieve, defer, or exacerbate tensions over Russian President Vladimir Putin’s saber-rattling near Ukraine and what the White House regards as Moscow’s unacceptable security demands?

Current Western responses are clear. First, diplomacy is the preferred US and NATO means to reconcile and defuse this crisis. Second, further Russian aggression against Ukraine is to be deterred by threats of sanctions and other punitive retaliatory actions. Third, US counter-proposals include limiting missile deployments and military exercises as a confidence-building measure. Lastly, Moscow has been well informed of the painful consequences should negotiations fail.

The American approach to this foreign policy crisis is understandable, predictable, and conventional. Given the many simultaneous pressures on the White House, which currently range from the Covid pandemic and inflation to the obstacles preventing passage of the Voting Rights and Build Back Better bills, the amount of time to reflect on and create a strategic plan for Ukraine has been understandably limited. Could a less conventional approach prove more effective when dealing with Putin, especially as China looks on?

As the principal author of the “shock and awe” doctrine, I have often been distressed by how badly this concept has been misunderstood, distorted, and misapplied. The aim of “shock and awe” was to win by not fighting or to win with minimal use of military force by affecting, influencing, and even controlling the will and perception of the adversary.

Could this help us deal with Putin? The answer is decidedly yes. The objective should be to turn intimidation against Putin by attacking his strategy of intimidation.

Putin is employing a textbook case of intimidation. This playbook includes threatening rhetoric, the use of military force to signal intent, unacceptable demands, misinformation, disinformation, influence operations, and the weaponization of energy supplies.

Putin also clearly believes he is in a strong position as he has the initiative while the West reacts. It is reasonable to assume he will exploit any differences and gaps in the three current tracks of negotiations.

One of Putin’s most important aims is to prevent NATO’s expansion eastward and, in the process, divide and neuter the alliance. Instead of constraining NATO, suppose Putin’s actions in and around Ukraine, and possibly Kazakhstan, have the opposite effect of provoking NATO expansion?

This is worth exploring further. What other option would NATO have except to consider expanding membership and increasing the alliance’s military power on its eastern flank, should the current round of negotiations founder? Intimidation cuts several ways.

In light of the current crisis, Finland and Sweden have recently expressed greater interest in NATO membership. At the 2008 NATO Summit in Bucharest, as a sop to Georgia and Ukraine for not being granted Membership Action Plans, US President George W. Bush almost casually offered the promise of future alliance membership to both countries. At the time, Putin was said to be furious. This led to Russia’s occupation of Georgia’s South Ossetia later that year.

Reaffirming the NATO commitment to Georgia and Ukraine as well as inferring that discussions with Finland and Sweden might be forthcoming is precisely the outcome Putin is currently trying to prevent.

And to make its point clearer, NATO must apply the 1997 NATO-Ukraine Charter that called for consultations “whenever Ukraine perceives a direct threat to its territorial integrity, political independence or security.”

Concurrently, an information campaign is important in order to show how costly an assault into Ukraine would be for Russia. The obvious and painful reference is to the Soviet invasion of Afghanistan, which began at the end of 1979. Ukraine was also the site of some of the Second World War’s bloodiest fighting. The number of Ukrainians willing to defend their country today far exceeds the number of Afghan fighters who defeated the Soviets.

Estimates of potential Russian dead and wounded from a fresh invasion of Ukraine should be publicized. Thirty thousand or more casualties are likely. Plans for a Porcupine Defense (advocated in detail in my latest book) should be reinforced by reports of Stinger and Javelin anti-air and anti-armor missiles as well as Improvised Explosive Devices (IEDs) en route to Ukraine.

The off-ramp from the current confrontation for Putin would be a framework that makes Europe safer, more secure, and stable. This is something which both sides could claim credit for.

Of course, a counter-intimidation strategy could fail and escalate the danger. But this is not Munich in 1938. In virtually every category of military power, NATO’s thirty members are collectively superior to Russia.

It is time to take the fight to Putin. Make him succumb to a reverse shock and awe. The bet is he will.

Dr. Harlan Ullman is Senior Advisor at the Atlantic Council and the prime author of “shock and awe.” His latest book is The Fifth Horseman and the New MAD: How Massive Attacks of Disruption Became the Looming Existential Danger to a Divided Nation and the World at Large.

Image: Russian President Vladimir Putin attends an extraordinary meeting of the Council of the Collective Security Treaty Organization (CSTO) on the situation in Kazakhstan. January 10, 2022. (Sputnik/Aleksey Nikolskyi/Kremlin via REUTERS)