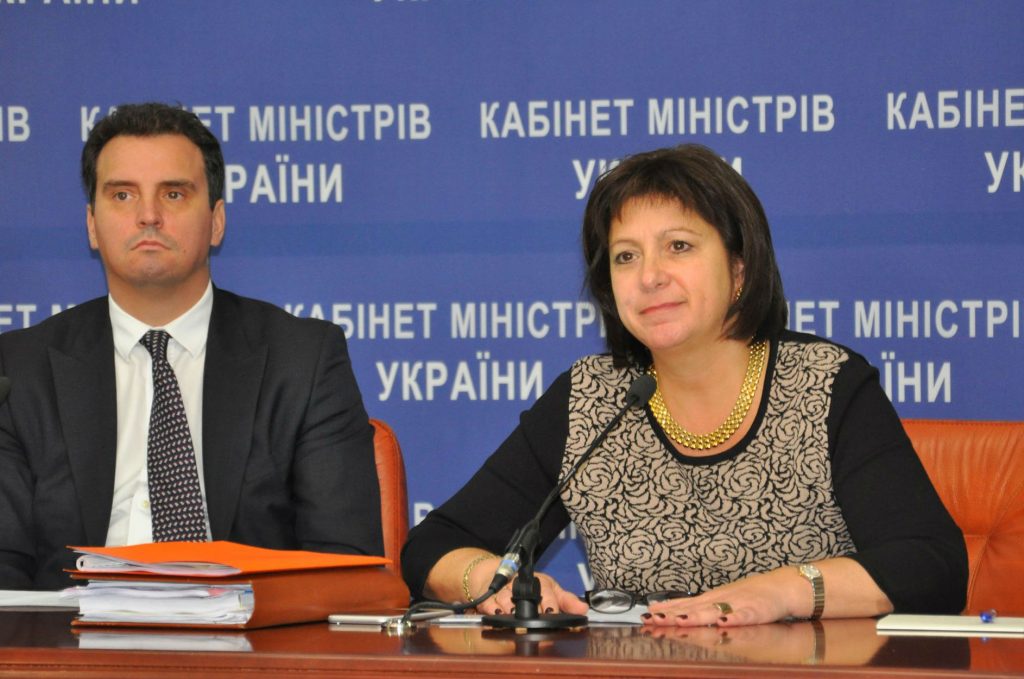 Private investors hold about $19 billion of Ukrainian debt. Ukrainian Finance Minister Natalie Jaresko had called for a 40 percent haircut on the bonds, but all parties agreed to a 20 percent haircut on August 27. The resolution of Ukraine’s debt saga looks like a great success for all parties involved. The IMF has changed the rules of the game as it desired. The bondholders will still do well. Ukraine got the necessary debt relief. Credit: Міністерство фінансів України. 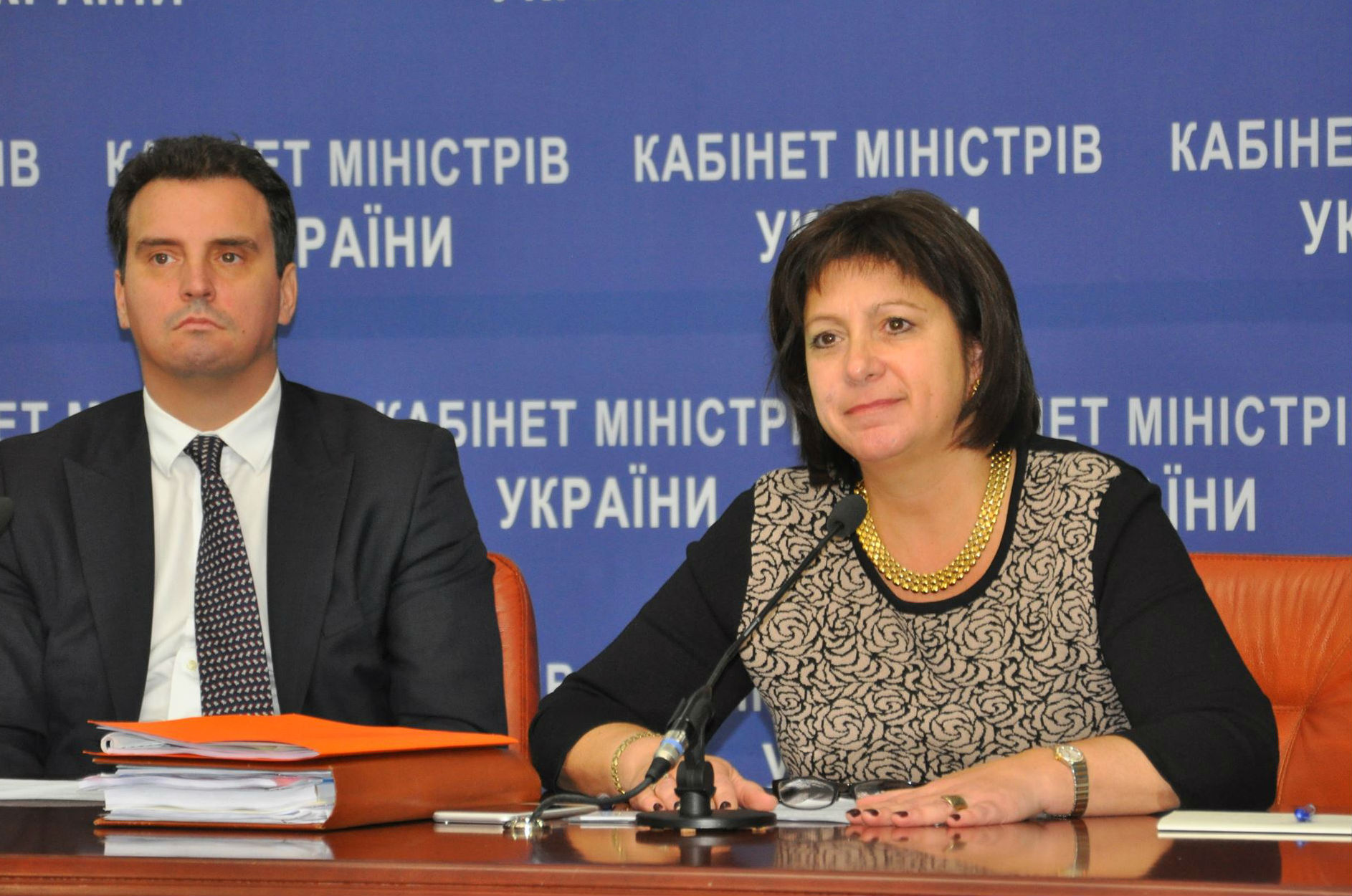 Today Ukraine received great news. Private owners of $19 billion of Ukraine’s Eurobonds have agreed to a substantial debt restructuring that will give Ukraine much-needed relief. The high bond yields have been sharply reduced, the bonds’ maturities have been prolonged, and the face value of the bonds has been reduced by 20 percent.

According to the International Monetary Fund (IMF), this agreement has reduced Ukraine’s financing needs for the next four years by no less than $15 billion. This is a huge achievement for Ukraine’s government, and Kyiv managed to accomplish this without having to impose a moratorium on debt repayment.

The demand for a reduction of the privately-held public debt arose early this year. On February 12, the IMF concluded a four-year stabilization loan, called the Extended Fund Facility, with Ukraine. On March 11, the IMF board approved this $40 billion agreement, but the financing was problematic. The IMF itself committed $17.5 billion. Somewhat optimistically, it presumed that the World Bank, other international financial institutions, and bilateral donors would put up another $17 billion, but that left a $15 billion gap.

The novel IMF approach was to push the Ukrainian government to demand a restructuring of the debt held by private bondholders at the beginning of the program. Curiously, one single company held nearly $8 billion of the $19 billion Eurobonds, the San Francisco-based Franklin Templeton, which facilitated the negotiations. Ukraine was assisted by the investment advisor Lazards Freres.

Why did Franklin Templeton invest so much in Ukrainian bonds? Because hardly any yields in the world have been higher. The initial yield averaged 7.5 percent, but presumably many of these bonds were bought on the secondary market with a discount of half the face value with yields exceeding 20 percent. Therefore, the bondholders had done well and could accept a cut.

From the outset, Ukrainian Finance Minister Natalie Jaresko had called for a nominal haircut of 40 percent of the bonds, while the bondholders accepted a sharply reduced yield and a prolongation in maturity, but no nominal cut. Now they have agreed on 20 percent haircut, which satisfies the IMF demands. One suspects that all these highly qualified parties involved knew that this was the right number. They just needed to go through the theatrics to agree.

The resolution of Ukraine’s debt saga looks like a great success for all parties involved. The IMF has changed the rules of the game as it desired. The bondholders will still do well. Ukraine got the necessary debt relief. It has already carried out a major fiscal adjustment and major structural reforms, especially in energy, banking, and pensions. Its budget deficit has dwindled and its current account deficit has disappeared with depreciation of the hryvnia.

Now other international donors need to come up with the necessary financing to cover the financing gap for 2015 and 2016. Only $8 billion has been committed, and another $7 billion is needed. The main contributor should be the European Union, whose security is defended by Ukrainian troops. Ukraine’s critical need is to raise its international reserves from merely $10.4 billion to $20 billion to stabilize the Ukrainian currency and allow a liberalization of exchange controls.

Absurdly, Ukraine is supposed to repay Russia a $3 billion Eurobond in December that Russia issued in December 2013 to save former President Viktor Yanukovych. Why should Ukraine pay anything to its aggressor? Ukraine has already raised a number of international law cases against Russia for its illegal annexation of Crimea and its confiscation of state and private property there. The United States and the European Union need to reinforce their manifold sanctions against Russia by providing full legal and political support to Ukraine and insist that the country should not pay Russia. An aggressor should pay war reparations, as Iraq was forced to do after it attempted to annex Kuwait in 1990.

Ukraine has come a long way. The United States and European Union need to tip the balance to its success.