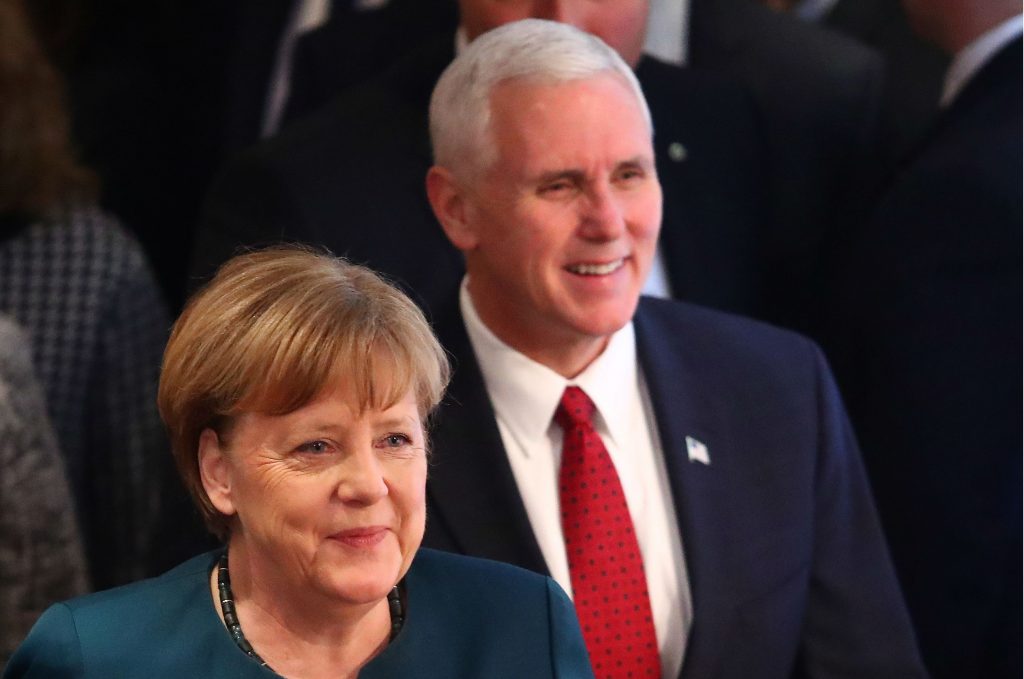 The massive snowstorm that postponed German Chancellor Angela Merkel’s visit to the White House is symbolic of the chill in US-German relations. US President Donald Trump has repeatedly criticized Merkel’s open borders policy, which has brought over 1,250,000 refugees to Germany since 2015. Merkel has responded with a strong defense of freedom of movement and refugee rights.

The challenge for both leaders now is to get over the icy rhetorical storm and get down to business. There are major issues on the US-German agenda waiting to be addressed, most of them less divisive than immigration and borders. These include the massive German trade surplus; the imbalance in NATO burden-sharing; how to handle Russia and Ukraine; and multiple Middle Eastern meltdowns. Each of these issues is complex and yet ultimately fixable.

In 2016, Germany’s trade surplus rose to 250.9 billion euros ($270 billion); of that, the US-German trade deficit totaled $65 billion in Germany’s favor, one of the highest imbalances at 40 percent of a trade relationship that totaled $164 billion. Trump will certainly bring this up in his talks with Merkel, as well as what he considers to be the artificially high euro to dollar exchange rate.

The independent but German-dominated European Central Bank in Frankfurt sets the euro rate in the interests of all Eurozone members. Germany could work with its representatives in the European Central Bank to weaken the euro, expand its purchases in the United States, and buy American treasury bonds. These goodwill gestures would go a long way toward ensuring Trump’s goodwill.

Then there is the NATO budget deficit. Europe has outsourced its defense costs to the United States for decades, meanwhile boosting its social safety nets to allow for early retirement, lavish healthcare expenditures, free education, and long vacations. Germany spends only 1.2 percent of its GDP on defense, and has been slow to increase its defense spending. It needs to wake up to threats in the east and south.

The German Air Force and Navy are in pitiful shape, according to German media reports. In 2015, there were barely three squadrons of deployable German fighters. That’s about sixty altogether, including Tornados that were built in the 1970s. The German Navy has no aircraft carriers, though it does have four types of missile cruisers. And while Germany builds diesel-electric submarines for Israel, it only has about the same number of these vessels as the much smaller Jewish state.

Merkel will buy a great deal of American goodwill if she announces a plan to increase German military expenditure to 2 percent of GDP within five years, as members pledged at the NATO 2014 Wales summit, and also declares a program to purchase dozens of modern US military aircraft, which the German Air Force badly needs.

The lack of German military preparedness is also weakening both Germany’s and NATO’s hands in dealings with Russia—something Trump and Merkel should discuss. After all, the German Chancellor has had years of dealing with Russian President Vladimir Putin.

Hailing from East Germany, Merkel has an uncanny understanding of the Russian mindset and FSB methods of operation. She has repeatedly called the Russian invasion of Ukraine unacceptable—a violation of territorial integrity and of the Budapest Memorandum, which guaranteed Ukraine security in exchange for its nuclear disarmament.

Russian sanctions remain the centerpiece of US-EU policy on Ukraine. While sanctions failed to force Russia to relinquish Crimea, or to stop hostilities in the Donbas region, they did prevent the war from expanding further into Ukraine. Merkel and Trump should discuss steps that would restore Ukrainian territorial integrity and peace between the two Slavic countries without handing Moscow far-reaching concessions.

In the Middle East, greater German involvement, both civilian and military, is necessary. Without it, Germany will remain on the receiving end of the huge refugee flows being generated by the conflicts in Syria, Libya, and Yemen.

The deployment of Russian special forces in Egypt to support a Libyan warlord is yet another sign that simply standing by will not work for Berlin. Washington can also play a moderating role in the escalating row between Turkey and EU members Germany and the Netherlands.

For the past seventy years, US-German relations have been a cornerstone of transatlantic security and stability. Both countries champion democracy, peace, and human rights. While addressing the necessary trade and security imbalances, the Trump-Merkel summit should strengthen this friendship, which is vital to the world’s peace and prosperity.

Ariel Cohen is a nonresident senior fellow at the Atlantic Council and director of the Center for Energy, Natural Resources and Geopolitics at the Institute for Analysis of Global Security.