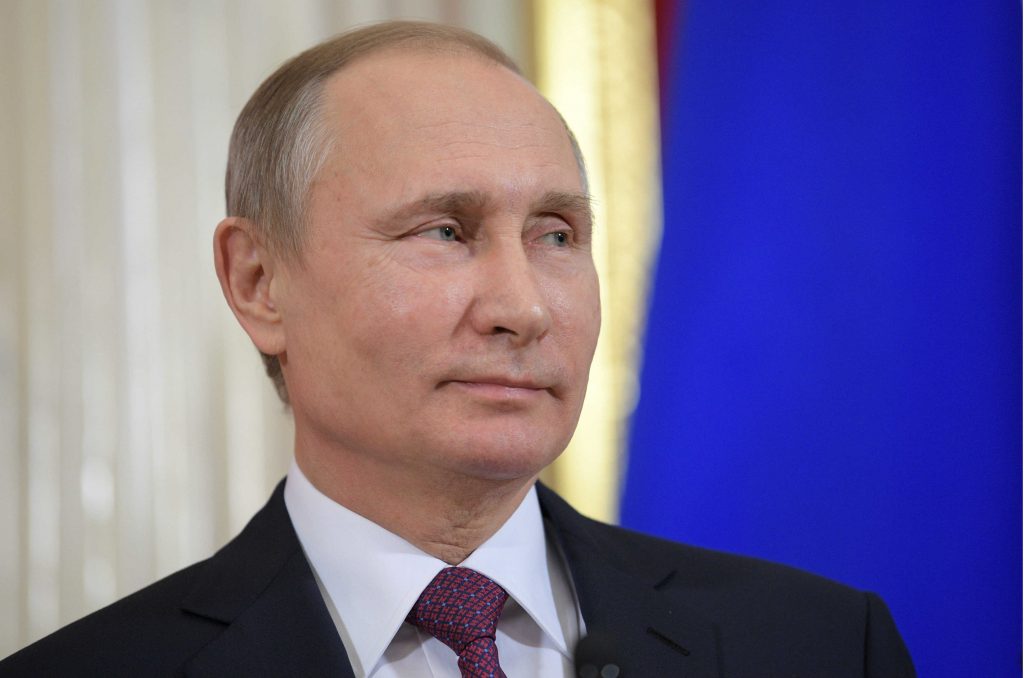 Russian President Vladimir Putin attends a news conference after a meeting with his Moldovan counterpart Igor Dodon at the Kremlin in Moscow, Russia, January 17, 2017. Sputnik/Alexei Druzhinin/Kremlin via REUTERS

As Lt. Gen. H.R. McMaster takes over President Donald Trump’s National Security Council, conducting a bottom-up review and developing a Russia policy at the NSC, Pentagon, and State Department should be a top priority for the administration.

Russia has resumed a quasi-Cold War posture. In the last few weeks, Russia escalated fighting in the occupied Donbas region of eastern Ukraine, deployed a new long-range cruise missile in violation of the 1987 Intermediate Nuclear Forces (INF) Treaty, buzzed an American warship on the Black Sea, and sent a reconnaissance ship to spy on US naval targets from Connecticut to Virginia. After some hopes for a quick détente with Washington, it’s Cold War business as usual at the Kremlin.

Moreover, the state-controlled Russian TV channels received instructions to drastically cut mentions of Trump, and to not to be too complimentary about him. The Putin-Trump honeymoon appears to be over.

This impression is strengthened by the rhetoric of American leaders at the Munich Security Conference in Germany from February 17 to 19, which reassured US allies and made the Russians nervous. Vice President Mike Pence promised to hold Russia accountable for the use of force in Ukraine, saying that the Minsk II ceasefire agreement should be upheld by Moscow.

On February 14, White House spokesman Sean Spicer said that Trump expects the Russian government to return Crimea, which it occupied and annexed in 2014, to Ukraine.

As important, Pence met in Munich with the leaders of the three Baltic states, Ukraine, and Turkey. His message about the importance of the NATO alliance was loud and clear. Secretary of Defense General John Mattis was also in Munich boosting the North Atlantic alliance. “The transatlantic bond remains our strongest bulwark against instability and violence,” he declared. He also called on the Europeans to fully share the burden of common defense—something Trump is adamant about, and rightly so.

Secretary of State Rex Tillerson met his Russian counterpart Sergey Lavrov on February 16-17 at the G-20 ministerial in Bonn. “Where we do not see eye to eye, the United States will stand up for the interests and values of America and her allies,” he declared.

Sen. John McCain, the influential chairman of the Senate Armed Services Committee, delivered a strategic speech in Munich. He urged the West not to give up on itself, and to have the will to stand up for the values of freedom and democracy. “It is not just a material struggle…it’s a moral struggle.” McCain emphasized that this is the message Pence, Mattis, and Gen. John Kelly, who were all in Munich, share.

What will Moscow do? Most probably, revert to the anti-American stance that became its trademark after President Barack Obama’s reset collapsed. It may expand warfare in Ukraine and provoke a US response that could result in both a military buildup in Eastern Europe and an exacerbation of the nuclear arms race.

It may attempt to return to naval bases in Vietnam and Cuba, resuming its Cold War posture.

It is likely to crack down further on domestic dissent, as it did in banning opposition politician Alexei Navalny from running for president in 2018 by slapping him with a suspended five-year sentence on bogus charges.

Moscow is also likely to buttress its ties with Iran, whose airspace it is already using for bombing Syria. Russia is interested in further OPEC cuts of oil production to drive prices up, so its friends in Teheran and Caracas will tend to do its bidding. Iran and Venezuela are the founding members of OPEC, oil-price hawks due to abysmal economic management at home, and have deep ties to Moscow, while sharing its goal to drive oil prices as high as possible.

The Kremlin is also likely to watch the back of Trump’s main adversary, China, expecting reciprocity from Beijing. (This presupposes a high degree of political-military cooperation between Moscow and Beijing in Central Asia.) However, China may want to bargain with the United States, as Beijing is ceasing to import North Korean coal, thus signaling to Washington it may be interested in a deal. It remains to be seen if Russia wants to cooperate.

The best bargain would serve the national interests of both the United States and Russia. Trump has mentioned fighting terrorism and arms control, and cooperation on fighting ISIS is something Moscow is interested in. Above all, however, Russia wants to be treated as an equal—despite its $1.33 trillion GDP, which is fourteen times smaller than that of the United States, so no need for the United States to buy Moscow’s good will. Nuclear arsenal cuts are in Russia’s interest, especially given its economic situation. Thus, the Trump administration does not need to lift the Ukraine sanctions on Russia without a very significant quid pro quo.

So, even if the Trump-Putin honeymoon is over before it began, it’s not too late for the Kremlin to extend a hand to the White House. However, it needs to do so with full recognition that Russian national interests require this–even more than the United States and the West need it.