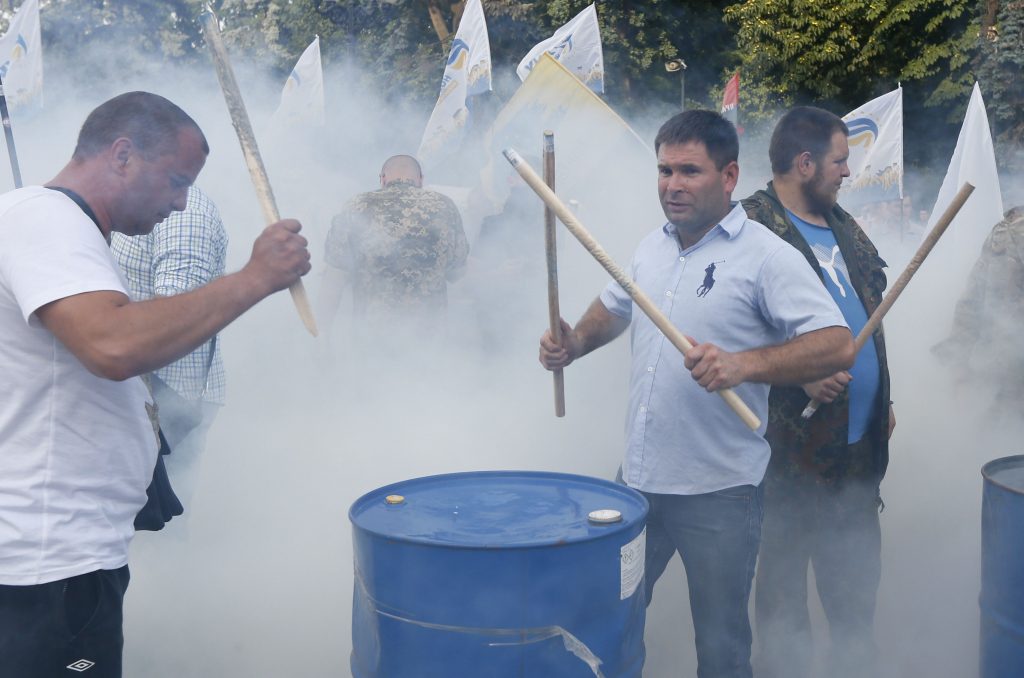 Most Ukrainians will tell you that “nothing has changed” since the Euromaidan Revolution. Meanwhile, most Ukrainian analysts bemoan that Ukraine’s elites are resisting change and that, unless Ukraine changes more quickly, the country will backtrack and be lost. And everyone seems to agree that no change is possible unless corruption is fully eliminated.

These views rest on simplifications, distortions, and misunderstandings. Here are a few:

The lessons for Ukrainians are obvious. Continue changing. Pursue democracy, rule of law, and the market. Become prosperous and strong. And pretend to listen to Westerners bearing advice and gifts.

Image: Activists demand to deprive several Ukrainian lawmakers, suspected of corruption by the General Prosecutor's Office, of parliamentary immunity during a rally near the building of Parliament in Kyiv, Ukraine July 11, 2017. REUTERS/Valentyn Ogirenko