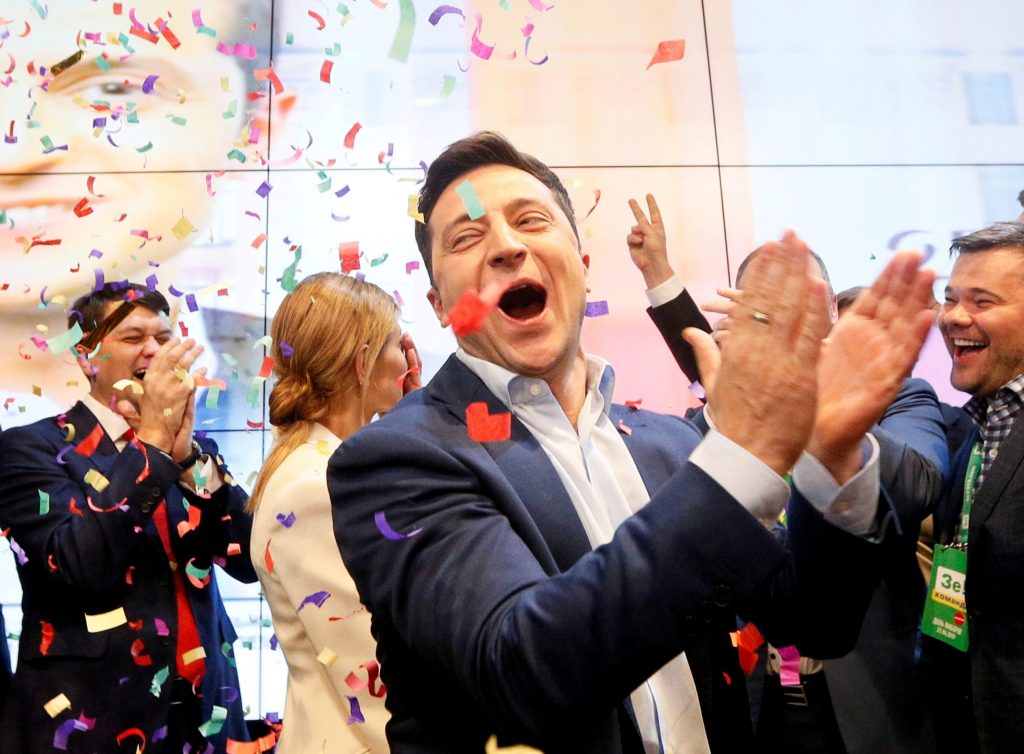 On August 24, Ukraine will mark 30 years of statehood. When the Soviet Union collapsed in 1991, the fate of newly independent Ukraine was far from certain. For much of the intervening three decades, the country’s progress has been marked by chronic instability and political turbulence, including two separate revolutions. Nevertheless, as Ukrainians look back on the past thirty years, it is clear that the country has emerged from the authoritarian past and made the historic transition to democracy.

From the early years of independence, Ukraine stood out among the USSR’s successor states, becoming the first post-Soviet nation outside of the Baltic region to conduct a peaceful transfer of power through democratic elections.

When incumbent Ukrainian President Leonid Kravchuk lost to Leonid Kuchma in 1994, the handover took place without bloodshed, while the defeated Kravchuk even remained active in politics afterwards without being persecuted. In Western democracies this has long been the norm, but in the former Soviet world, such a democratic development was regarded as genuinely exceptional.

Of course, Ukrainian democracy is a work in progress that remains far from ideal. Widespread corruption and oligarch influence rank among the most serious concerns. Numerous Ukrainian politicians have made power plays over the past thirty years to try and prolong their stays in office. Kuchma flirted with an unconstitutional third term, while independent Ukraine’s fourth president, Viktor Yanukovych, used the security services against the population in a bid to cling onto power. However, in both cases, these attempts were thwarted by a combination of the Ukrainian parliament and the Ukrainian people.

Democratic elections and peaceful transfers of power are in fact a hallmark of the modern Ukrainian state. With the exception of Kuchma, no Ukrainian president has ever won a second term. In Kuchma’s case, he was able to prevail largely because he ran for re-election against a divisive Communist opponent, while also utilizing every available administrative resource at his disposal.

Since 1991, rejection at the ballot box has been one of the most consistent features of Ukrainian democracy. Over the years, Ukrainian voters have more or less constantly demanded change, and have demonstrated their dissatisfaction by voting out successive governments and presidents. This has created a highly competitive electoral environment and led to a seemingly endless supply of new political parties.

Similar processes were seen across Central Europe in the 1990s and early 2000s, as political parties were elected with reform mandates before being voted out at the next election after failing to bring about sufficient change. In most cases, this resulted in gradual reform progress as each new government helped prepare for eventual EU membership.

It would appear that Ukraine is also on the same path, albeit moving at a markedly slower pace and along a less direct route. Each step towards a more democratic system has opened doors to a better Ukraine.

There have been numerous major milestones along the way. Ukraine’s 2004 Orange Revolution brought great hope of progress towards Europe, but this was to prove a point of departure for democratic Ukraine rather than a destination.

After more than a decade of relative ambiguity, the Orange Revolution was independent Ukraine’s chance to consciously embrace a democratic Ukrainian identity. Ten years later, the Euromaidan Revolution was all about Ukraine making a European civilizational choice and rejecting the authoritarian Eurasian alternative. Without first going through the door of the Orange Revolution, Ukraine could not have subsequently reached the watershed moment of Euromaidan.

Russian military aggression in Crimea and eastern Ukraine, which began in early 2014 in the immediate aftermath of the Euromaidan Revolution, has helped confirm Ukraine’s European choice and consolidated majority support for NATO membership among the Ukrainian population.

Until 2014, relatively few Ukrainians favored joining NATO. However, Russia’s attack on the country has persuaded most Ukrainians that membership is in their national interests. This terrifies the Kremlin and creates the nightmare scenario of a democratic, NATO-aligned Ukraine serving as a catalyst for political change within Russia itself. Putin admitted this recently when he complained that Ukraine was becoming a kind of “anti-Russia.” Indeed, today’s Ukraine is in many ways the antithesis of Putin’s authoritarian model.

The strengthening of Ukrainian democracy is not the only way in which the country is becoming visibly more European. Since the signing of a landmark Association Agreement with the European Union in 2014, Ukraine has secured free trade and visa-free EU travel. This has brought Ukraine closer to the rest of Europe than at any time since the country’s unsuccessful statehood bid of the early twentieth century.

Managing Ukraine’s integration into European structures has been a slow and often thankless process. Sometimes it is unclear why the likes of Bulgaria or Slovakia are EU members while Ukraine is not. Part of the reason is size. If Ukraine joined the EU today, it would be the fifth-largest country in the union behind Germany, France, Italy and Spain. Many are wary of such a major shift within the EU. However, hesitancy over Ukraine’s candidacy does not prevent the country from gradually adopting EU standards and moving closer to the bloc.

Opinion polls consistently show that an overwhelming majority of young Ukrainians favor democracy and European integration. Those born after the collapse of the USSR are now thirty years old and ready to take up leadership positions throughout Ukrainian society. Their voices, and their choices, will determine the country’s future direction.

Crucially, the post-independence generation of Ukrainians are not chained to the legacy of the Soviet era and remain largely unmoved by Kremlin appeals to the shared past. On the contrary, this young demographic is both broadly democratic and unmistakably European in outlook. This bodes well for the decades ahead as Ukraine continues its long journey from Soviet past to European future.

Image: Political outsider Volodymyr Zelenskyy's landslide victory in Ukraine's April 2019 presidential election was widely seen an example of the democratic traditions that have taken root in the country over the past three decades of independence. (REUTERS/Valentyn Ogirenko)