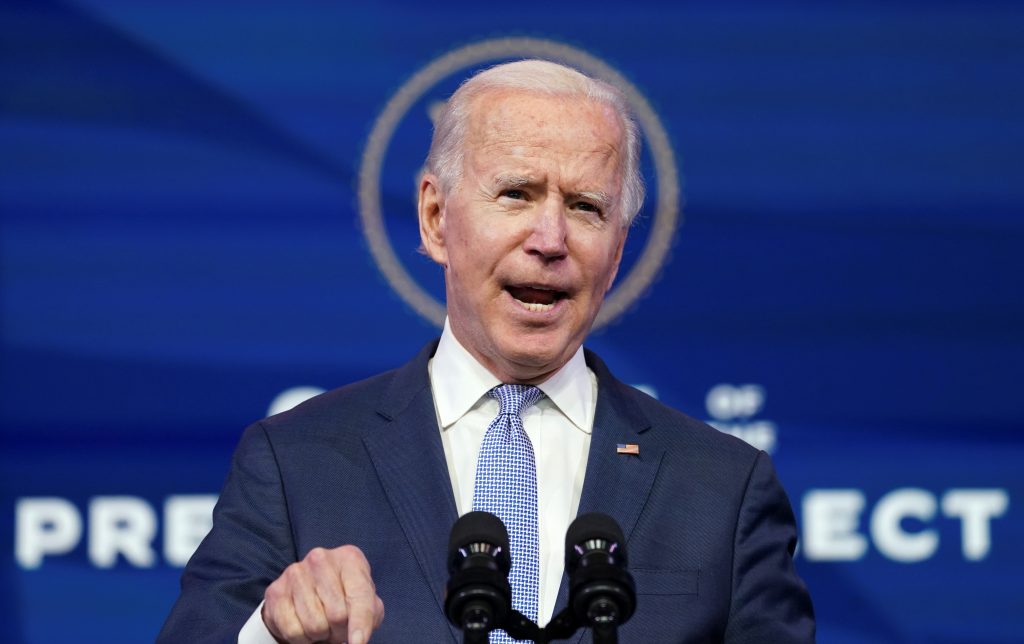 As we await the inauguration of Joe Biden as the forty-sixth president of the United States, there are high hopes in Ukraine for fruitful cooperation with the incoming US administration. President-elect Biden will enter the White House at a time of mounting confrontation between the world’s democracies and the growing threat of resurgent authoritarianism. Nowhere is this struggle more immediately obvious than in the post-Soviet world.

Ever since first achieving independence in 1991, Ukrainians have been seeking to complete their country’s transition from totalitarian past to democratic future. There has been huge progress over the past three decades, but Ukrainians have faced stiff opposition every step of the way, both from the country’s own oligarchic clans and from neighboring Russia. This unholy alliance between corrupt billionaires and imperialistic authoritarianism remains the biggest obstacle to Ukraine’s emergence as a fully-fledged European democracy.

Ukrainians have paid a remarkably high price for their desire to embrace democracy. Since 2014, the country has been plunged into an undeclared war with the Russian Federation sparked by the Kremlin’s fears that democracy in neighboring Ukraine could prove contagious. Today, Russian forces occupy Ukraine’s Crimean peninsula along with around one-third of Donetsk and Luhansk regions in eastern Ukraine.

The conflict has already claimed more than fourteen thousand lives. Despite the introduction of yet another ceasefire in July 2020, Ukrainian soldiers continue to die in defense of their country’s independence and democratic choice. Millions have been forced to flee the conflict zone in eastern Ukraine, losing their homes and livelihoods due to a war unleashed by Russian President Vladimir Putin.

In addition to these catastrophic human costs, the conflict has also imposed devastating economic losses on Ukraine. The country’s traditional industrial base in eastern Ukraine has either fallen under Russian control or been ruined in the fighting, leaving a huge hole in the national budget. While it is impossible to put an exact price on the damage caused to the Ukrainian economy by Russian aggression, conservative estimates for the future reconstruction of occupied eastern Ukraine envisage the need for tens of billions of US dollars.

Throughout the past seven years, Ukraine has never felt entirely abandoned by the Western world. However, as Russian aggression has escalated in Eastern Europe since 2014, there has been a sense that both the European Union and the United States have become increasingly preoccupied with domestic issues. As the two foremost bastions of democratic values in today’s world, their influence on the international stage has never been more necessary.

Thankfully, the outcome of the 2020 US presidential race and the forthcoming elections in Germany offer cause for optimism that we will soon witness fresh impetus in Western support for Ukraine and other emerging democracies in the post-Soviet region. Many Ukrainians are pinning their hopes on new US leader Joe Biden. They see particular cause for encouragement in Biden’s nuanced understanding of Ukrainian affairs honed through years of engagement, and anticipate him adopting a tough stance when it comes to deterring the Kremlin.

This continuing US support will be crucial for Ukraine. There are also expectations that President-elect Biden’s vocal backing could serve as an example for other Western countries, including those that have previously offered only limited support for Ukraine in its struggle against Russian aggression. Ukrainians have grown deeply cynical about the empty expressions of “grave concern” emanating from numerous European capitals over the past seven years. These hollow proclamations have generated an entire genre of internet memes and become a symbol of apparent Western indifference towards Ukraine’s plight.

A significant number of Ukrainians would like to see the Biden administration take on a far more prominent role in the stalled efforts to negotiate a durable peace settlement and end the undeclared war between Russia and Ukraine. The current Minsk Agreements, and the broader Normandy Format featuring the participation of Germany and France, have clearly failed to produce results. Even worse, Moscow has sought to exploit these platforms in order to distance itself from the conflict and obtain legal status for the proxy regimes it has established in occupied Donetsk and Luhansk since 2014.

Ukrainian society will never accept the Kremlin’s attempts to avoid responsibility for the war, but Russia remains the dominant partner within the current unequal negotiating format. The most logical solution to this problem would be the involvement of the world’s most powerful country. This is why I remain convinced that the United States must have a seat at the table alongside Ukraine during any future peace talks.

In addition to the external challenges posed by Russia, Ukraine’s democratic transition also faces internal obstacles created by corruption. In spring 2019, Ukrainians elected a novice president from outside of the country’s political system in the hope that this gamble would bring radical changes. However, just one year later, the new administration of former comedian Volodymyr Zelenskyy had revived many of the most dubious and corrupt practices of the past, such as shadowy official appointments in the interests of monopolistic oligarchs.

Western pressure is the only thing currently preventing President Zelenskyy’s entourage from resurrecting the entire corrupt architecture of the discredited political past. Ukraine’s democratic forces hope the new US administration will make it clear to Zelenskyy and his team that continued Western backing depends directly on Kyiv’s own commitment to anti-corruption efforts and judicial reforms.

In 2021, Ukraine will celebrate thirty years of independence. Throughout the past three decades, the United States has been among Ukraine’s strongest supporters and closest allies. Ukraine now needs America’s support more than ever in the fight against authoritarianism and corruption.

Kira Rudik is the leader of Ukraine’s Holos Party.

President Zelenskyy’s talk of a new approach to peace with Russia proved hugely attractive to the war-weary Ukrainian public in 2019. However, one year on, there is very little to show for this initial optimism.