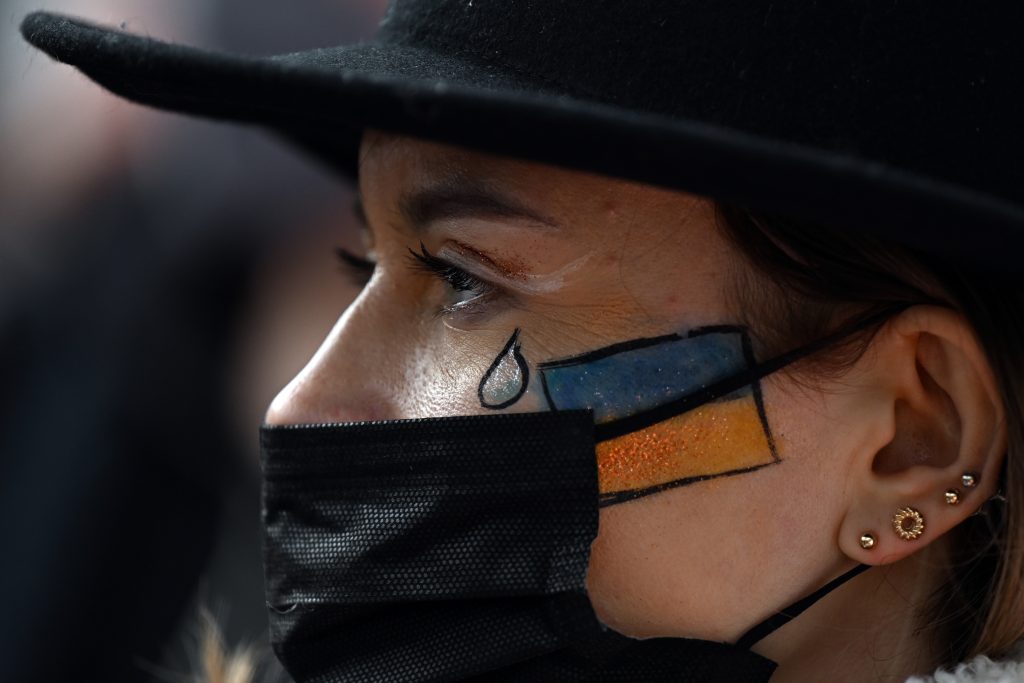 This is for everybody who reads me abroad: in the United States, in Europe, all around the globe. We, Ukrainians, are now a human shield between you and the Soviet Union. Between human values, democracy, passion for development and growth—and a military regime, where human lives are only necessary to be sacrificed for the sake of Empire.

We are strong and we will fight until the last.

But we need your support now, today, at this very moment.

It is high time to take this personally—this war is no longer a “Ukrainian crisis,” it threatens the global order.

If you have seen Putin’s address to his nation last night, you know what I mean. It was a hate-speech, and not about Ukraine—about USA, EU, about anybody in the world who is free, open minded, peaceful. The leader of a huge country in the middle of the globe simply hates everything, which is alive, and openly speaks about it. That’s even more scary than waking up at night because of the military sirens.

Please, stand for Ukraine in any way you can.

We need many times more military support from you, urgently.

We need the sky to be closed, and we need navies in the Black and Azov Seas.

We need rallies all over the world in front of Russian Embassies.

We need Russian assets abroad to be blocked, to force Russians to take action if not for us, then for themselves.

We need visas cancelled and travel bans for Russians.

It’s time to save our world together.

Andrey Stavnitser is co-owner of TiS in Yuzhny, Ukraine.

Image: A demonstrator has a Ukrainian flag and a tear made up on her cheek. Several hundred people demonstrate on Neumarkt against Russia's attack on Ukraine.