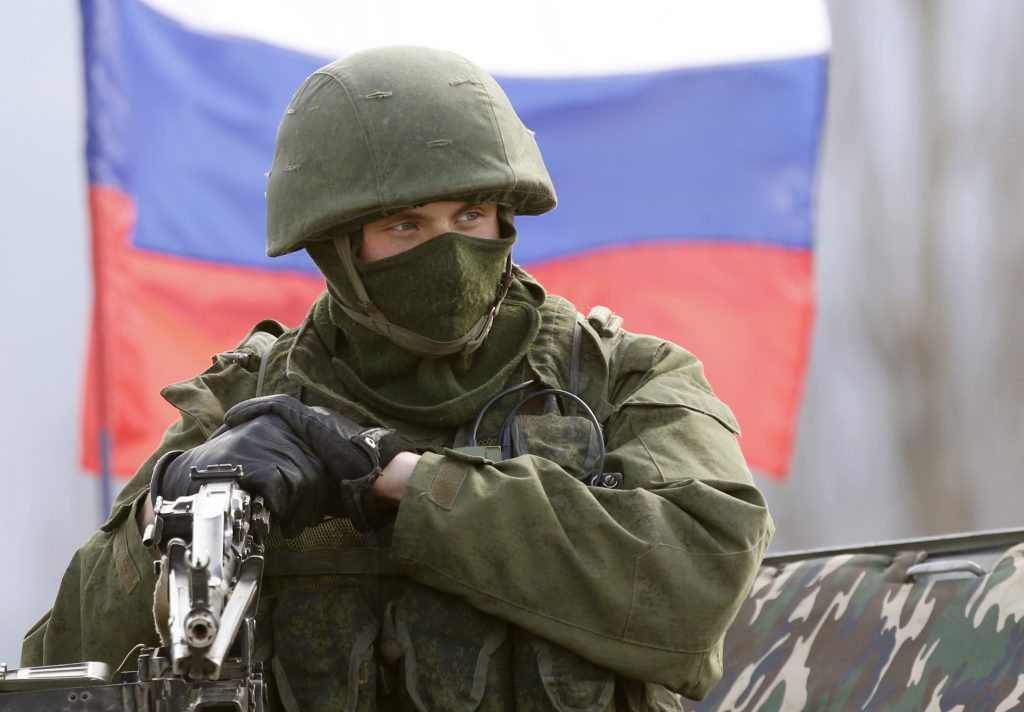 Ukraine’s security and intelligence services have struggled with reputational issues ever since independence. During the early post-Soviet period, the Security Services and Foreign Intelligence Service operated with much the same mentality as the KGB during the Cold War, with the West seen as the main adversary. However, this has long since ceased to be the case.

In the years following the 2014 Euromaidan Revolution, an overdue Ukrainianization process has taken place within the country’s intelligence services. This transformation was on display recently when the Foreign Intelligence Service of Ukraine unveiled the 74-page “White Book 2021” analyzing current international threats to Ukrainian security.

This new publication is a significant moment in the history of Ukraine’s security community. It is the first time the country’s Foreign Intelligence Service has gone public in this manner with details of the dangers facing Ukraine.

In the past, Ukraine’s intelligence services cultivated an image of mystery and preferred to remain in the shadows. The current shift towards greater openness is a welcome one, not least because it demonstrates that today’s Foreign Intelligence Service (FIS) is busy addressing external enemies and not preoccupied with spying on Western tourists.

While the newfound openness of the Ukrainian intelligence services is a good thing, the content of the recently published White Book is even more significant. Crucially, it identifies Russia as the main threat to Ukraine’s security. This kind of straight talk is refreshing. It is also a sign that the intelligence services are no longer Russified. For a country with the stated goal of future NATO membership, such clarity is essential.

The report offers an overview of the diverse range of tools deployed by Russia in its ongoing hybrid war against Ukraine. These include Moscow’s attempts since 2014 to destabilize Ukraine by promoting separatism movements in Ukrainian regions like Odesa and Zakarpattia.

Russia’s information war against Ukraine forms a key element of the White Book, as does the Kremlin’s increasing use of cyber-attacks. Through social media and the anonymity of the internet, Russia projects its narratives into the Ukrainian informational space. Moscow’s key message is the portrayal of Ukraine as an unstable country prone to far-right extremism. The only solution, according to the Kremlin narrative, is to return Ukraine to the Russian sphere of influence.

This message has remained consistent throughout the past seven years of undeclared war between the two nations. Russia also promotes the same narratives internationally as part of efforts to drive a wedge between Ukraine and the country’s Western partners. Meanwhile, the use of the Belarusian vector to communicate Kremlin propaganda to Ukrainian audiences has increased noticeably following the disputed August 2020 Belarusian presidential election, according to the findings published in the White Book.

The report notes that in occupied Crimea, Russia has assembled more than 32,000 soldiers and is “actively building up the strike capabilities of the Russian Federation Armed Forces, increasing the number of troops, and equipping with new types of weapons and military equipment, while simultaneously creating conditions for strengthening their nuclear potential in this territory.” It observes that the Kremlin views Crimea from a purely military perspective and shows little interest in improving living standards for local inhabitants.

Russia’s continued energy blackmail of Ukraine and plans to expand economic sanctions are also highlighted. A number of scenarios are explored involving Kremlin efforts to push out Ukrainian businesses and replace them with Russian-controlled business fronts. Importantly, the report notes: “the determining external factor holding back the implementation of such scenarios is the comprehensive support for our state from the West.”

Other cited aspects of Russian hybrid warfare include Moscow’s efforts to legitimize the occupied regions of eastern Ukraine in the international arena. Finally, in smart move that is likely to strike a chord with ecologically aware European Union audiences, the report points out the environmental problems caused in the Azov Sea by the ongoing Russian occupation.

The Ukrainian Foreign Intelligence Service’s White Book is exactly the kind of work you would expect to see from a country with NATO membership ambitions. Indeed, the report includes details on FIS efforts to become full-fledged participants in the communication systems of NATO and its intelligence services.

However, NATO is neither a charity nor a chivalrous knight in shining armor that rescues nations in distress. Countries that succeed in joining the alliance do so because they have invested time and money in modernization to earn their membership.

This makes the increased 2021 Ukrainian state budget allocation of UAH 4 billion (approximately USD 140 million) for foreign intelligence operations a particularly important signal. It demonstrates that Ukraine is prepared to invest in its own security. In contrast, over the last five years the FIS budget has been underfunded by around UAH 6.8 billion (USD 240 million).

Looking ahead, Ukraine’s long-term trajectory towards European integration is clear. With Russia’s hybrid war about to enter its eighth year and no end in sight to the conflict, the short-term outlook remains less certain. There is no question, however, that openness, investment in security, and perseverance under pressure will all help speed Ukraine towards its geopolitical destination. In this context, the Foreign Intelligence Service’s recent White Book is a step in the right direction.

Brian Mefford is the Director of Wooden Horse Strategies, LLC, a governmental relations and strategic communications firm based in Kyiv, Ukraine. He is a Senior Nonresident Fellow at the Atlantic Council.