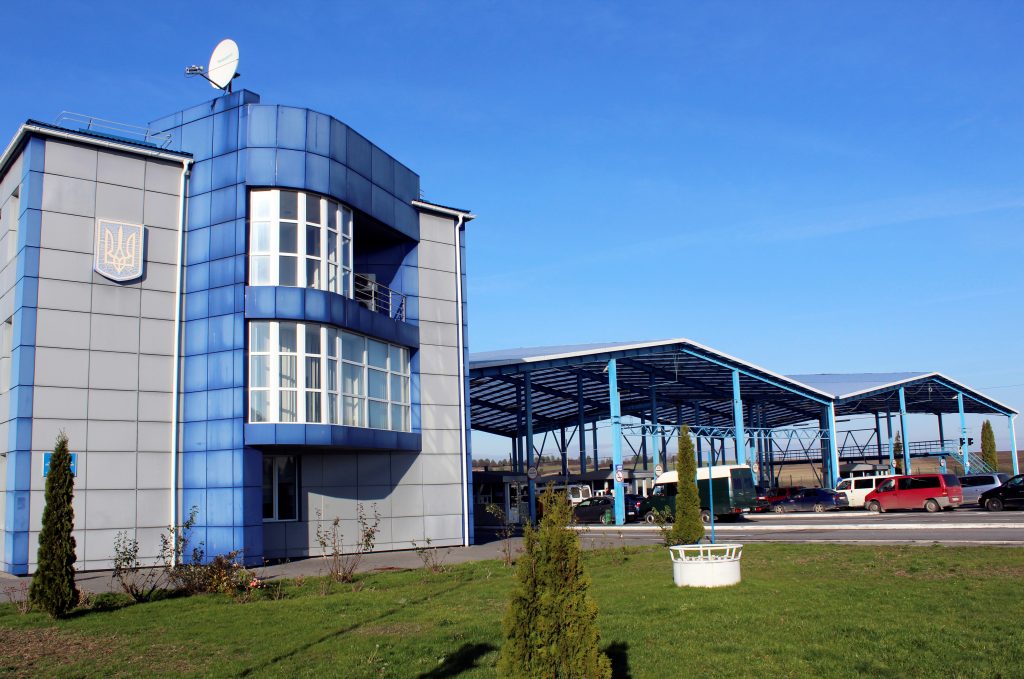 Ukraine’s European border crossing points have never been more strategically important. They are the main gateway for Ukraine to engage with its EU neighbors and a key physical component of the country’s post-2014 European choice. However, relatively little has been done over the past seven years to modernize and improve border crossings along Ukraine’s shared frontier with the European Union. This inactivity threatens to create artificial barriers to further European integration.

The crossing points along Ukraine’s western border with EU member states Poland, Slovakia, Hungary, and Romania have all witnessed increasing traffic during recent years as Ukraine has embraced historic changes and adopted a Euro-Atlantic national trajectory. In 2019, the last year before COVID considerations turned international travel upside down, more than 32 million people crossed at these border points. Growing volumes of border traffic have often led to congestion and long queues, especially for those seeking to cross in cars or other vehicles.

Ever since Ukraine signed an Association Agreement with the EU in summer 2014, efforts to improve the Ukraine-EU border have been on the agenda in Brussels and Kyiv. Attention has increased since 2017, when Ukrainian citizens gained the right to visa-free travel within the EU’s Schengen Zone. Traditionally, the priorities in Brussels have included the need to counter smuggling and prevent human trafficking. Meanwhile, Ukraine has typically been more concerned with the day-to-day challenges that individual Ukrainian travelers and Ukrainian businesses face while trying to cross into the EU.

Despite increased attention, numerous problems remain unresolved and progress has proved painfully slow. One of the main challenges is Ukraine’s inability to develop clear-cut and consistent regulatory responses to border-related issues. For example, various Ukrainian governmental bodies often employ a variety of different terms relating to border infrastructure, impeding communication among stakeholders. This absence of a common language is symptomatic of a disjointed approach that is leading to delays in construction and modernization work. Numerous projects, including those financed by international partners, remain incompete or have yet to begin.

The EU’s fortress-like border policy also plays a significant role in complicating upgrade efforts. The introduction of joint control at the Ukrainian border with Hungary and Slovakia, along with the renewal of an existing agreement with Poland, would be a much cheaper and faster alternative to building new checkpoints. This approach could also significantly reduce queues. However, Kyiv and Brussels cannot find a compromise on the issue of legislative compatibility. Ukraine refuses to adhere to some aspects of the Schengen Borders Code, which would mean handing over Ukrainian citizens suspected of breaching the law in the joint control area.

Both Brussels and Kyiv also show little enthusiasm for discussions on the future of Ukrainian nationals with dual citizenship. This is especially important for the many residents of Ukraine’s Zakarpattia region who hold Hungarian citizenship in breach of Ukrainian law. What would happen to these dual citizens if they showed both passports at joint crossings manned by EU and Ukrainian border guards?

The current congestion and infrastructural chaos at the Ukraine-EU border is expensive. It hinders deeper bilateral cooperation and negatively affects a wide range of businesses involved in cross-border trade. To cite just one among thousands of examples, Ukrainian export company Modern-Expo reports annual losses of USD 50 million due to border delays.

In order to improve the situation on the EU-Ukraine border, Kyiv must deliver on its promises and complete the renovation and construction of checkpoints funded by both the EU and Poland. The Ukrainian authorities also need to learn to prioritize border upgrade initiatives, enhance inter-agency communication, and review existing legislation. Kyiv must take further steps to promote alternative options for crossing the border, such as expanded railway services.

Greater flexibility on the part of the EU could also serve to improve the situation. For example, the European Commission currently insists that Ukraine adhere strictly to Schengen border rules. While this stance is entirely understandable, Brussels must keep in mind that it is effectively asking Kyiv to disregard the Ukrainian Constitution.

With the European Commission recently initiating a public consultation on the issue of amending the Schengen Borders Code, now is a good time for the EU and Ukraine to restart negotiations on how to upgrade border facilities. The outcome of any fresh talks could have huge implications for millions of people, especially the large numbers of Ukrainian economic migrants who suffer the most from the current chaos and inefficiency at the EU border.

While there is an obvious and persuasive humanitarian aspect to this question, it is also vital to recognize the major economic role played by Ukrainian economic migrants. In recent years, they have consistently sent back in excess of USD 10 billion annually in remittances, making them Ukraine’s largest single source of foreign currency revenues. At the same time, they perform a vital function for economies across the European Union. Ukrainian employees serve as the labor backbone for entire industries in Poland and some other Central European countries. They are also making increasingly significant contributions in northern and western Europe. These are convincing arguments for an infrastructure upgrade at the EU-Ukraine border.

Ukraine’s border with the European Union was once widely seen as the eastern boundary of the European project. However, the events of the past seven years have radically changed this picture. Since 2014, the EU-Ukraine border has taken on a new geopolitical and economic significance that has yet to be reflected in the quality of the border crossings themselves. As Russia’s war against Ukraine enters its eighth year with no sign of peace on the horizon, every effort must be made to upgrade the physical links connecting Ukraine to the rest of Europe.

Lesia Dubenko and Pavlo Kravchuk are analysts at Kyiv-based think tank Europe Without Barriers (EWB). They are co-authors of the report “Ukrainian Labour Migration to the EU: State of Play, Challenges and Solutions.”

New German labor laws introduced in March 2020 make it easier for Ukrainians to be employed in the country. This is sparking fears in Ukraine—and Poland—that we may soon see a new wave of Ukrainian economic migration.

Image: Ukraine's Rava-Ruska checkpoint on the border with Poland. (REUTERS)