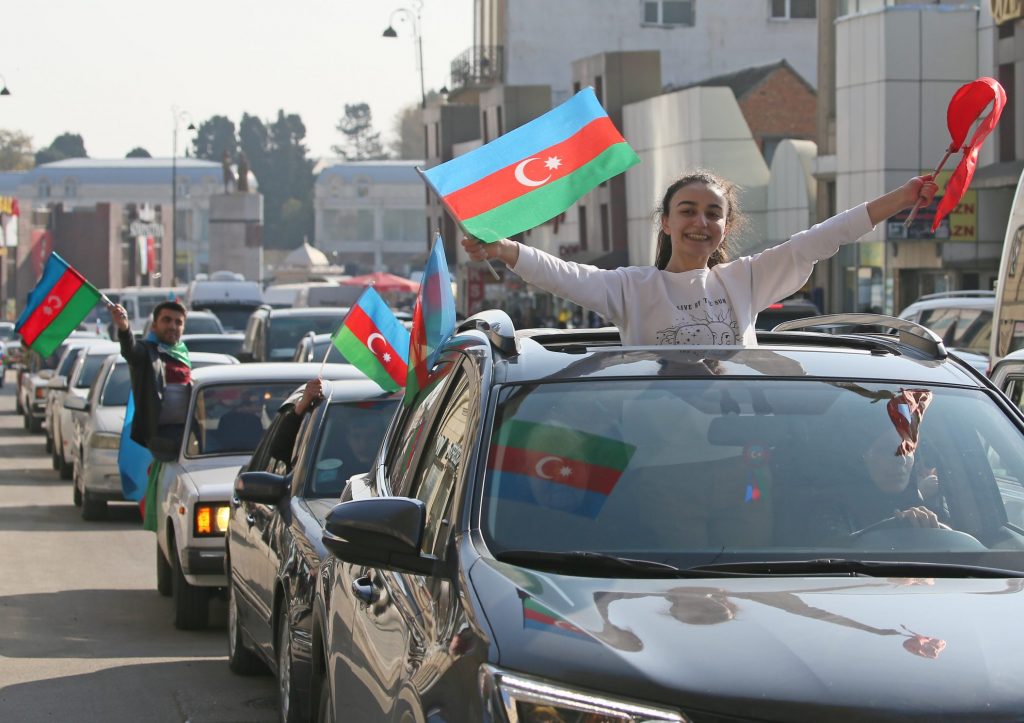 Azerbaijan’s victory over Armenia in the recent six-week war between the two countries looks to have ended decades of stalemate and transformed the geopolitical balance in the South Caucasus region. It has allowed Baku to regain control over parts of Azerbaijan that had been under Armenian occupation for over a quarter of a century, while forcing Russia to accept the reality of growing Turkish influence in the region.

The renewal of full-scale military hostilities in Azerbaijan in late September marked a dramatic thaw in what was one of the former USSR’s oldest frozen conflicts, dating back to the early 1990s. The course and outcome of the war offer some potentially important lessons for Ukraine, which is home to the most recent of the many little wars to erupt amid the ruins of the Soviet Empire.

Since 2014, successive governments in Kyiv have failed to find a path towards peace that would end the six-year Russian occupation of eastern Ukraine and bring the region back under Ukrainian control. While the circumstances in Ukraine and the Southern Caucasus are by no means directly comparable, Azerbaijan’s success nevertheless provides a number of pointers for Ukrainian policymakers to consider.

Perhaps the most obvious conclusion is that internationally-backed post-Soviet peace-making forums are no longer credible. The Minsk Group that was established under the auspices of the OSCE in the 1990s to address the Armenia-Azerbaijan peace process failed to make any progress despite the involvement of Russia, France, and the US. After decades of diplomatic deadlock, military force proved decisive in a matter of weeks.

There are obvious parallels here for Ukraine, which in engaged in its own ineffectual Minsk peace process. The agreements signed in the Belarusian capital in September 2014 and February 2015 by Ukraine, Russia, Germany, and France were designed to serve as a road map towards a settlement of the conflict in eastern Ukraine. Instead, the terms agreed in Minsk have yet to be fully implemented.

The international signatories of Ukraine’s Minsk Agreements have never inspired confidence in the prospects for peace. Moscow’s energies appear to be focused primarily on exploiting the Minsk process in order to deny involvement in the conflict and promote the fiction of observer status. Meanwhile, of the two participating EU countries, Paris in particular has made no secret of its interest in normalizing relations with Russia as soon as possible.

Nor are there any great expectations in Kyiv regarding broader Western diplomatic efforts to resolve the country’s undeclared war with Russia. Ukrainian policymakers well remember how the West advised Ukraine in no uncertain terms not to resist Russia’s invasion of Crimea in early 2014. This was very much in line with the Western approach towards previous post-Soviet conflicts in Moldova and Georgia. On each prior occasion, the West collectively sought to “freeze and forget” conflicts instigated by Russia, thereby rewarding the Kremlin for its readiness to launch hybrid wars against its neighbors.

Another important conclusion from the recent war is the vital role of geopolitical alliances for nations seeking to resist Russian pressure. Azerbaijan’s victory was possible in large part due to strong Turkish backing, which was a major factor in deterring Russia from direct or indirect intervention in support of Armenia.

Azerbaijan’s close cooperation with Israel also proved crucial. Azerbaijan has long been touted as Israel’s closest ally in the Muslim World. The value of this partnership was evident during the recent conflict, not least in terms of the Israeli drones that were deployed to great effect against Armenian targets.

This should cause Ukraine to attach greater significance to its own regional relationships. Kyiv is already engaged in a deepening strategic partnership with Ankara. Following Turkey’s success in the South Caucasus, cooperation with Ukraine is now likely to increase.

Ukraine and Turkey are in many ways natural allies. The two Black Sea neighbors have no significant geopolitical differences of opinion and share a common interest in reducing Russia’s regional influence. Furthermore, they can both bring complementary military technologies to the table. Turkey’s leadership role in drone warfare was confirmed during the recent Azerbaijan-Armenia conflict, while Ukraine possesses aerospace expertize that Ankara covets.

This strengthening security sector cooperation is in line with a series of bilateral agreements signed by Turkey’s President Erdogan and Ukraine’s President Zelenskyy during an October 2020 meeting in Ankara. In light of recent events in Azerbaijan, Kyiv will want to continue further along this path.

Ukraine may also see value in mirroring Azerbaijani defense policy by bolstering security cooperation with Israel. While Israel’s strategic relationship with Russia could prove an obstacle, Ukraine’s own shared history with Israel may help facilitate closer security ties. A significant portion of the Israeli population trace their roots back to Ukraine, which has traditionally served as one of the great centers of European Judaism and remains home to a large number of sacred sites. The two countries have also recently concluded a free trade agreement, paving the way for stronger ties.

The recent conflict in the South Caucasus was a clash between Azerbaijan’s twenty-first century tactics and Armenia’s twentieth century military. The result was a rout. NATO member Turkey’s superior military training and equipment gave Azerbaijan a decisive edge and completely overwhelmed Armenian forces with their Russian training and supplies. This outcome underlines the need for Ukraine’s own military to proceed further towards the adoption of NATO standards, even if there is still no clear prospect of a Membership Action Plan to join the military alliance.

In the wider international arena, the war has seriously undermined Russia’s credibility as a dependable ally. In recent weeks, Armenians have learned from bitter experience that Moscow cannot always be relied upon to intervene, despite expectations in Yerevan that Russia would ultimately prevent Azerbaijan from achieving a military solution to the long-simmering conflict in the South Caucasus.

While Putin has sought to emphasize his role in brokering the peace between Armenia and Azerbaijan, there is no disguising the fact that the conflict represents a watershed moment in the Kremlin’s loss of influence over the former Soviet domains. Moscow has now tacitly accepted a Turkish presence in the South Caucasus, a region where Russia previously tolerated no rivals.

This shift in the geopolitical balance of power will not have gone unnoticed in Kyiv. Many Kremlin loyalists in Russian-occupied Donetsk and Luhansk may also be wondering whether they are wise to rely so heavily on the fidelity of the Kremlin.

Baku’s success does not offer a blueprint for the military reconquest of Russian-occupied eastern Ukraine. After all, the Kremlin’s hybrid forces stationed in east Ukraine are infinitely superior to anything the Armenian military can muster. They are also backed by a formidable conventional Russian military presence that is poised to advance at a moment’s notice from positions just across the border.

Nevertheless, the Azerbaijani-Armenian War has proven revealing. It has exposed the ineffectiveness of post-Soviet peace-making diplomacy and posed serious questions about the reliability of Russian guarantees, while at the same time demonstrating the importance of strong regional security partnerships and the value of military innovation. These are all lessons Ukraine cannot afford to ignore.