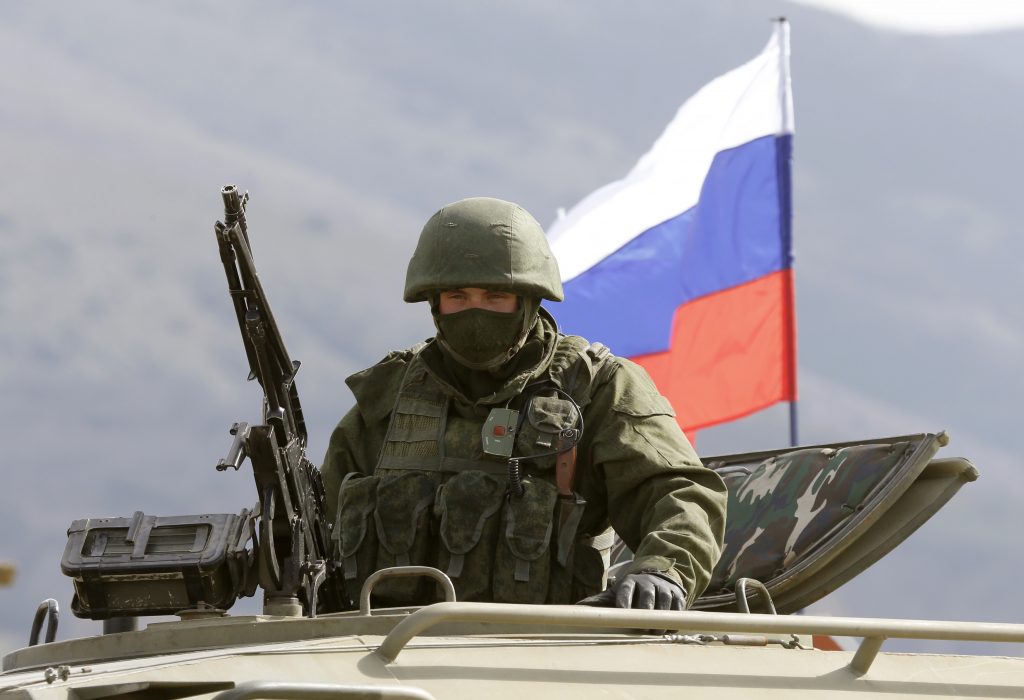 Representations of forty countries including a number of EU presidents and foreign ministers are set to gather in Kyiv on August 23 for the inaugural Crimea Platform summit. This new initiative aims to refocus international attention on the ongoing Russian occupation of Crimea. It comes more than seven years after Moscow’s military seizure of the Ukrainian peninsula stunned the world and paved the way for today’s Cold War climate.

Ukrainian officials have long complained that the issue of Crimea’s occupation has disappeared from the international agenda. While diplomatic efforts to resolve the simmering armed conflict between Ukrainian and Kremlin-controlled forces in eastern Ukraine have continued, the fate of the Crimean peninsula rarely features in such discussions. Instead, it has been shelved and seemingly forgotten.

Ukrainian President Volodymyr Zelenskyy hopes the Crimea Platform will help to address this problem and can reinvigorate the debate over how best to counter the Russian occupation. Speaking on August 9, Zelenskyy acknowledged that Crimea is largely absent from today’s international media landscape and said the summit aimed to put the issue firmly back on the radar. “It will be a big victory for us if we are able to raise the issue [of Crimea] from its knees,” he commented.

Ukraine’s efforts to return Vladimir Putin’s Crimean crime to the international spotlight have sparked considerable uneasiness in Moscow. Russia has long insisted that the matter of Crimea’s status is closed, and has refused to engage in any forms of diplomatic dialog similar to the ongoing engagement over the war in eastern Ukraine. Nevertheless, the international community is no closer to accepting the Russian takeover today than it was seven-and-a-half years ago.

During a recent visit to the occupied peninsula, Russian Foreign Minister Sergei Lavrov underlined Kremlin anger over Ukraine’s latest initiative to revive international interest in Crimea. Speaking in Sudak on August 12, Lavrov described the upcoming Crimea Platform summit as a “coven” and accused the West of continuing to foster “the neo-Nazi and racist attitudes of the current Ukrainian authorities.”

Unsurprisingly, officials in Kyiv welcomed Lavrov’s colorful outburst as an indication of Russian disquiet. Ukrainian Foreign Minister Dmytro Kuleba led the way, announcing that he was satisfied with his Russian counterpart’s “nervous” reaction.

Officially, Ukraine hopes next week’s Kyiv summit can serve as a platform to boost the effectiveness of the international response to the ongoing occupation of Crimea. With military options widely recognized as being off the table, this means Ukraine will be pushing for further sanctions pressure and other international measures to increase the costs incurred by the Kremlin.

While the international community has been wary of entering into direct confrontation with Putin’s Russia, there has never been any question over the illegality of the Kremlin’s actions in seizing Crimea. Russian attempts to create a veneer of legitimacy by stage-managing a “referendum” during the spring 2014 takeover of the Ukrainian peninsula fell flat and were rejected in overwhelming fashion during a subsequent vote at the United Nations.

Russia’s efforts to justify the occupation have also been hindered by the Kremlin’s own shifting narratives. During the initial stages of the military operation to seize Crimea, Russian President Vladimir Putin expressly denied the involvement of the Russian military and implausibly claimed the well-equipped forces involved in the takeover were actually local volunteer groups. However, he later backtracked and admitted to deploying Russian troops.

For the international community, Russia’s attempt to annex Crimea represents a dangerous precedent that strikes at the heart of the rules-based international order established in the decades following WWII. Any steps to recognize Russia’s claims to Crimea could fuel global instability and legitimize the use of force in territorial disputes. This all but guarantees continued international opposition to Moscow’s claims.

Ukraine’s task now is to translate this opposition into renewed action. The Zelenskyy administration has repeatedly stated its commitment to ending the occupation of Crimea. However, Kyiv lacks the tools to make meaningful progress towards this goal. By hosting the Crimea Platform, Ukraine hopes to mobilize the international community and initiate a new phase in the stalled struggle to end the occupation.