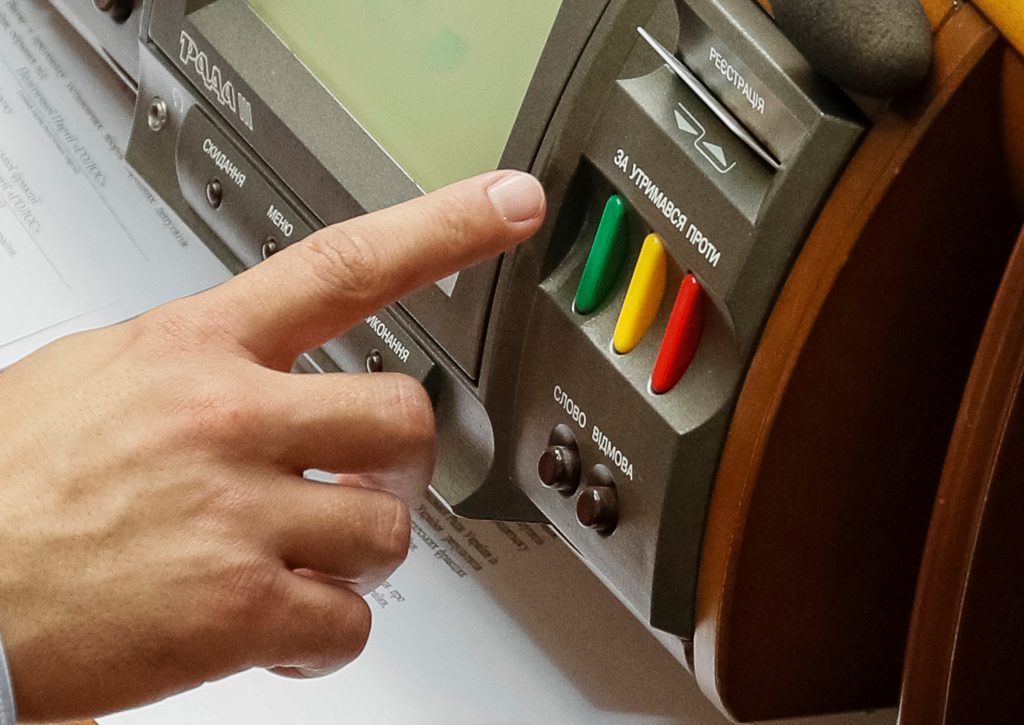 A winter of discontent is looming in Ukraine. After six years of imperfect progress following the 2014 Revolution of Dignity, the political climate in the country has changed dramatically. In recent months, the country has departed from the path of reforms and embraced many of the worst practices of the toxic past. The situation is now threatening to descend into the kind of corrupt chaos that marked the first twenty-three years of Ukraine’s independent existence.

As one of the reformers who entered government in the tumultuous period following the historic events of early 2014, I recognize that we have now reached an ominous crossroads in Ukraine’s nation-building journey. We may not have entirely lost the war yet, but we have clearly lost a major battle.

Over the course of the past six years, thousands of young Ukrainians interupted their careers for the once-in-a-lifetime opportunity to transform their country. Some took up public positions in the immediate aftermath of the Revolution of Dignity. Others did so during the later governments of Volodymyr Groysman and Oleksiy Honcharuk. Unfortunately, this period of idealism and optimism is now over.

In their place, officials who share a completely different set of values have returned to power. Most advocates of reform and supporters of liberal, pro-Western views have been forced out of the public sector altogether. Some are now being targeted illegally by the security services.

The wave of enthusiasm which saw so many talented and ambitious young Ukrainians embrace public service in recent years is unlikely to be repeated. While there is no shortage of patriotic sentiment within the private sector, everything has been done to discourage the country’s top talent from joining the government.

The list of deterrents includes deliberately uncompetitive salaries, bogus criminal cases, and the near-certainty of relentless attacks from Ukraine’s oligarch-controlled mainstream media. Understandably, few see this as an enticing prospect.

Perhaps the most tragic aspect of the current situation is the fact that a little over one year ago, President Zelenskyy had a unique chance to fundamentally change the country. His unprecedented victory in Ukraine’s April 2019 presidential election, together with his Servant of the People party’s equally impressive triumph in the parliamentary election three months later, provided an unrivalled opportunity to push through a program of bold and quite possibly painful reforms.

Instead, Ukraine has lurched in entirely the opposite direction. A president who ran on a vague but broadly reformist platform has now undone most of the modest progress that came before him. In the space of the past eight months, Ukraine has regressed eight years.

How has this dramatic reversal of Ukraine’s national trajectory been achieved? As is so often the case in the history of independent Ukraine, the decisive role has been played by the country’s oligarchs. Their near-complete control of the Ukrainian media has made it possible to marginalize and discredit democratic forces. Their pervasive influence throughout the civil service, law enforcement, business, and especially the judiciary has allowed them to sabotage, block, stifle, and ultimately reverse reform after reform.

The results of this oligarch-led counter-revolution are plain to see. With Ukraine’s continued Euro-Atlantic integration no longer a foregone conclusion, the country’s pro-Russian lobby is once again gaining in confidence and raising its voice. Meanwhile, Western support for Ukraine is gradually becoming less forceful as formerly dependable allies begin to question the direction the country is taking under President Zelenskyy.

These doubts over Ukraine’s future trajectory are shared by domestic audiences. In recent weeks, millions of Ukrainians have looked on with a mixture of bewilderment and anger as the Constitutional Court has casually cancelled some of the most significant reforms of the past six years.

With Zelenskyy’s blustering response to the escalating crisis apparently becoming bogged down in parliament, there are fears that the Constititional Court will now continue in the same vein. Many expect the court to reverse even more of the post-2014 legislation that had fleetingly brought Ukraine closer to the dream of a European future.

The changes that have taken place in Ukraine during the first eighteen months of the Zelenskyy presidency have little in common with the ideals that the president himself claimed to represent while on the campaign trail. Crucially, they also directly contradict the will of the Ukrainian people, who have demonstrated time and again that they wish to see the country pursue a radical reform agenda.

This disconnect between promises and policies is a recipe for instability and unrest. However, a return to mass protests holds little prospect of achieving a satisfactory outcome unless the underlying problems facing Ukraine are finally addressed.

It is now painfully clear that efforts to transform Ukraine since 2014 have failed to the alter the foundations of the state or usher in a genuinely new era. Instead, as long as we continue to play by the rules of the oligarchic system, Ukraine will remain doomed to go round in circles.

Ukraine’s periodic post-Soviet popular uprisings have achieved some important gains such as the right to free and fair elections and an end to blanket government censorship. Unfortunately, this progress has failed to tackle the root causes of the country’s chronic resistance to reform.

Recent developments leave little doubt that Ukraine’s fate is still ultimately in the hands of an all-powerful oligarchic class which is actively opposed to the rule of law and more than ready to make terms with the Kremlin. Until the national discussion focuses specifically on ways to solve this problem, Ukraine’s future will remain hostage to the interests of the oligarchs.

Ukraine’s post-Soviet quest for an inclusive national identity capable of uniting the country has had to contend with memory wars fueled by domestic political rivalries and renewed Russian imperial ambitions.