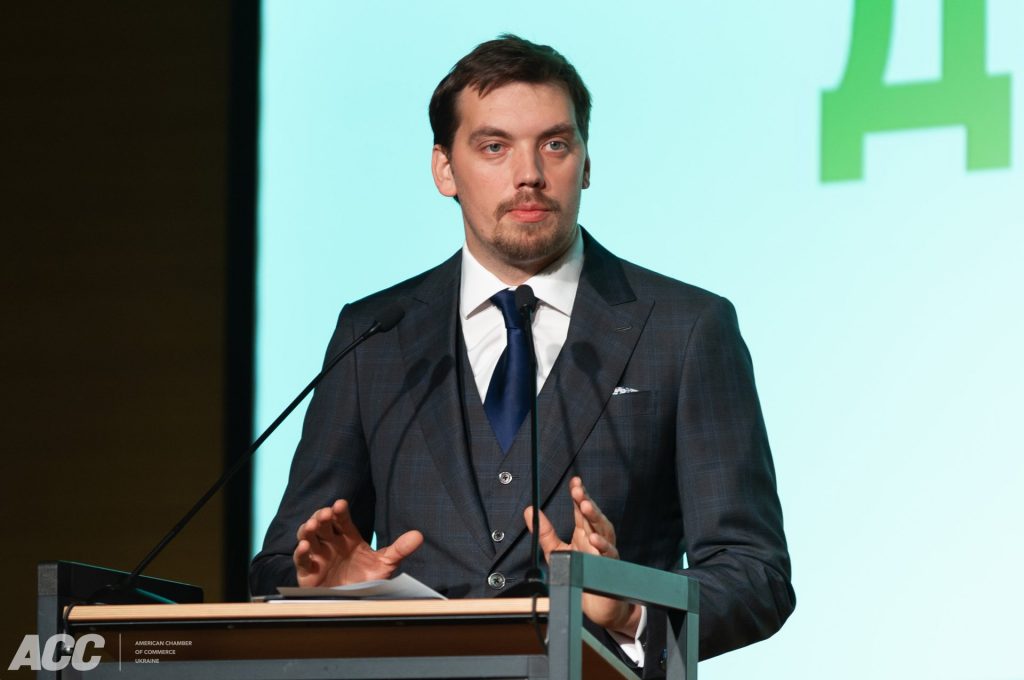 Ukraine is striving to attract $50 billion in foreign direct investment (FDI) by 2024. Freshly appointed Prime Minister Oleksiy Honcharuk recently announced his government’s highly ambitious five-year economic growth plan to get Ukraine to that number. It’s a grand objective indeed, but doable only if Ukrainian authorities take good care of the international businesses already operating in Ukraine. The multinationals operating on the ground are the best investment ambassadors Ukraine has. They relay their stories, the good, the bad, and the plain ugly of doing business in Ukraine.

Many share positive accounts about their business growth in Ukraine. Many do not. I raised examples of obstacles companies are encountering, most commonly around the rule of law, at a meeting with Prime Minister Oleksiy Honcharuk that was attended by 500 business leaders on October 4 in Kyiv.

Shell, a global energy giant, runs a relatively small network of petrol stations across Ukraine. The company is being chased by Ukrainian courts, accused of concerted anti-competitive practices. It is fighting allegations of price collusion on the retail fuel market and has been disproportionally fined.

Philip Morris, a tobacco company, Ukraine’s fifth largest taxpayer, set a legal precedent last year by signing a dispute settlement with the government over a longstanding tax dispute. The dispute settlement, recognized under international legislation, is now being challenged by law enforcement authorities.

Unilever, Europe’s seventh most valuable company that owns over 400 brands, is suffering from fraudulent action by a counterparty, seeking to extort 1.5 million Euros through a counterfeit contract. For over a year, the company has been trying to protect its interests in court and in criminal proceedings that are not moving forward. Serious doubts are being cast about the integrity and impartiality of the law enforcement agencies and the organization charged with providing an independent examination.

McDonald’s, the world’s largest restaurant chain by revenue, has been unable to open a restaurant in Boryspil airport, Ukraine’s gateway to investors, for many years. I challenged the prime minister to review such cases, inviting him to lunch for a Big Mac meal at the airport as soon as the golden arches go up there.

The business community has some other specific concerns. President Zelenskyy’s team are now disappointingly pushing for a retroactive decision in the renewable energy sector. Over $1 billion of FDI has been pumped into Ukraine’s solar and wind industry. Any retroactive decision is a bad signal for investors, damaging trust in the country.

There are other positive signs. A whopping 3,500 Ukrainian enterprises like chemical plants, greenhouses, and factories are state-owned; they are managed, or frequently mismanaged, by state-employed managers. Ukraine’s parliament has given the green light to sell off many of these businesses to private investors. Privatization could give a significant boost to the economy. We strongly support this effort.

American actor and film producer Tom Cruise visited Ukraine earlier this month, scouting for new locations to shoot his next action film. Another good sign, one of many that I am seeing. American and international businesses are looking at Ukraine as a potential destination for their operations.

But in the short term, all eyes are on the International Monetary Fund, seen as a seal of approval for foreign investors. If there is no cooperation with the IMF, then attracting $50 billion investment will be mission impossible indeed.

The government wants to liberalize the economy and proceed with radical and swift changes.