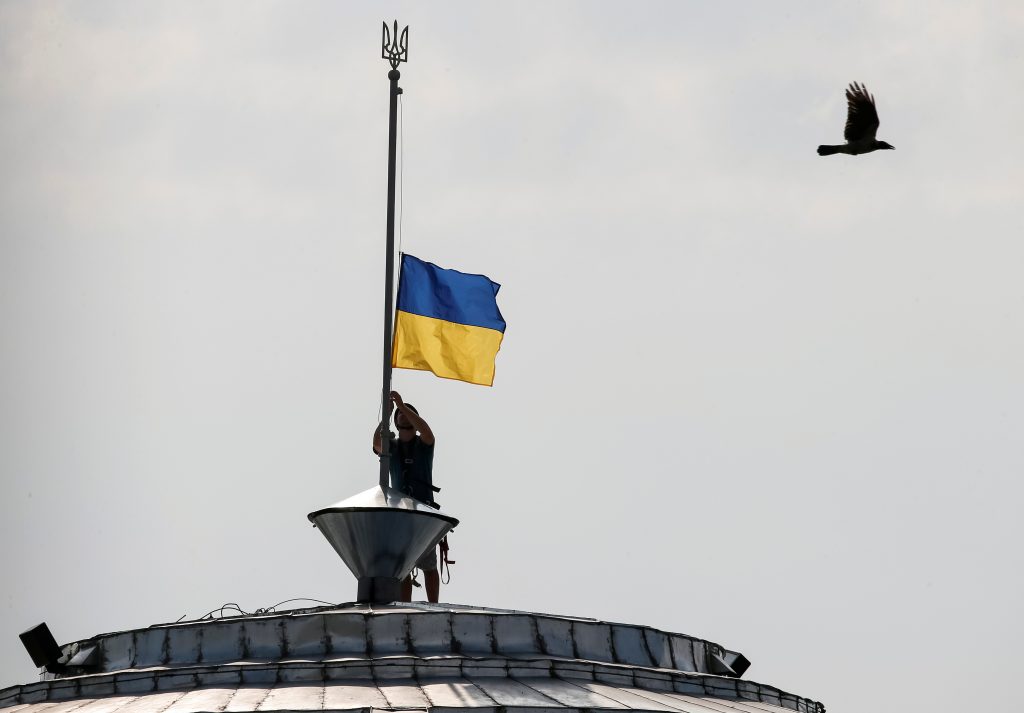 Late last year, UK think tank Chatham House published a research paper that highlighted Ukraine’s recent cultural revival, describing it as one of the most striking and successful features of the country’s development following the 2014 Revolution of Dignity. The report identified a number of factors behind this trend including open and transparent access to public funding, the separation of policy-making from implementation, and effective public-private partnerships. Less than half a year later, there are signs that these gains are coming under threat.

In the wake of Ukraine’s 2014 Revolution of Dignity, calls for radical change could be heard in every sphere of Ukrainian life, including the cultural sector. This led to the creation of new cultural institutions broadly modeled on existing European arts councils. At the same time, legislation was adopted to ensure that the heads of these new cultural institutions would be chosen in a transparent and democratic manner via competitive selection.

At the heart of these efforts was the Ukrainian Cultural Fund, which was established in 2017 and launched its first programs in 2018. The UCF was created from scratch with the ambitious goal of revolutionizing the management of state support for Ukraine’s cultural and creative industries.

In just three years, the UCF rolled out a support structure that won plaudits for its transparency and complexity. By 2020, the UCF was distributing yearly funding of more than USD 20 million. Many saw the UCF as a model of open and democratic governance that represented the ideals of the new Ukraine in ways that resonated well beyond the cultural sector.

By supporting a wide range of different cultural initiatives across Ukraine, the UCF has had a genuine national impact. The institution has also been credited with strengthening the new and inclusive civic national identity that has been central to Ukraine’s fight back against ongoing Russian aggression.

The UCF faced a new set of challenges in spring 2020 as a result of the Covid crisis, which saw the creation of a rescue fund and led to inevitable budget cuts. Further complicating matters, a delayed governmental decision on funding left the UCF and its grantees just weeks to receive, spend, and report on grants.

In March 2021, the UCF faced serious accusations of unfair funding distribution. These allegations appear to have been timed specifically to coincide with an open call to select a new UCF director, with the objective of damaging the incumbent’s chances of selection for a second term. Even though the claims were debunked in a matter of days, trust in the institution and its director had been shaken.

While the selection process managed by the UCF Supervisory Board seemed to be a model of transparency, reports emerged of alarming developments behind the scenes. The incumbent was faced with the possibility of a criminal case and was also reportedly on the receiving end of threats to her physical safety. The day before the hearing, she withdrew her candidacy.

Meanwhile, coverage of the selection process revealed that the Supervisory Board was unrepresentative in terms of gender, age, and experience. Most of the candidates interviewed demonstrated a critical lack of basic skills needed for the role. There was further disquiet when the majority of votes went to a candidate with ties to President Zelenskyy’s Servant of the People party. This candidate did not gain enough votes to secure selection, however, so the process will be repeated later in April.

For many observers, the events surrounding the recent UCF director selection process seemed depressingly familiar. Behind a facade of democratic messaging and transparency, it appeared that old practices of corruption, intimidation, and manipulation were still very much at work.

When compared to the challenges facing Ukraine’s other reform flagships such as the National Health Service and the National Anti-Corruption Bureau, developments at the Ukrainian Cultural Fund have attracted significantly less attention from the media and Ukraine’s international partners. Nevertheless, if the progress of recent years in the cultural sector is undermined by political scheming, the damage could be significant.

A few days after the controversial UCF Supervisory Board meeting, PEN-Ukraine initiated an open letter to President Zelenskyy calling on him to uphold the democratic principles of the country’s cultural institutions. “We stand in defense of these cultural institutions and the values of the new Ukraine,” the letter stated. “We are ready to publicly uphold European values, such as the right to openness, democracy, professionalism, and transparency, which we profess together with the new post-Maidan cultural institutions.”

So far, the letter has been signed by more that 1,500 individuals and institutions, with support coming from far beyond the cultural sector. In a subsequent online briefing, cultural sector figures, human rights activists, former MPs, political think tank analysts, and directors of Ukraine’s new cultural institutions came together to demand an end to alleged interference from people close to the Office of the President. They vowed to scrutinize the next attempt to select a new UCF director in late April.

Efforts to defend the independence and transparency of the UCF reflect concerns in Ukrainian civil society that toxic political practices are making a comeback. The people fighting for an open selection procedure see the UCF issue as a symbol of the wider struggle to build a more democratic and equal society in today’s Ukraine. They are hoping that by generating public interest in the UCF selection process, they can prevent the further erosion of reforms.

Kateryna Botanova is a cultural analyst, critic, and curator.