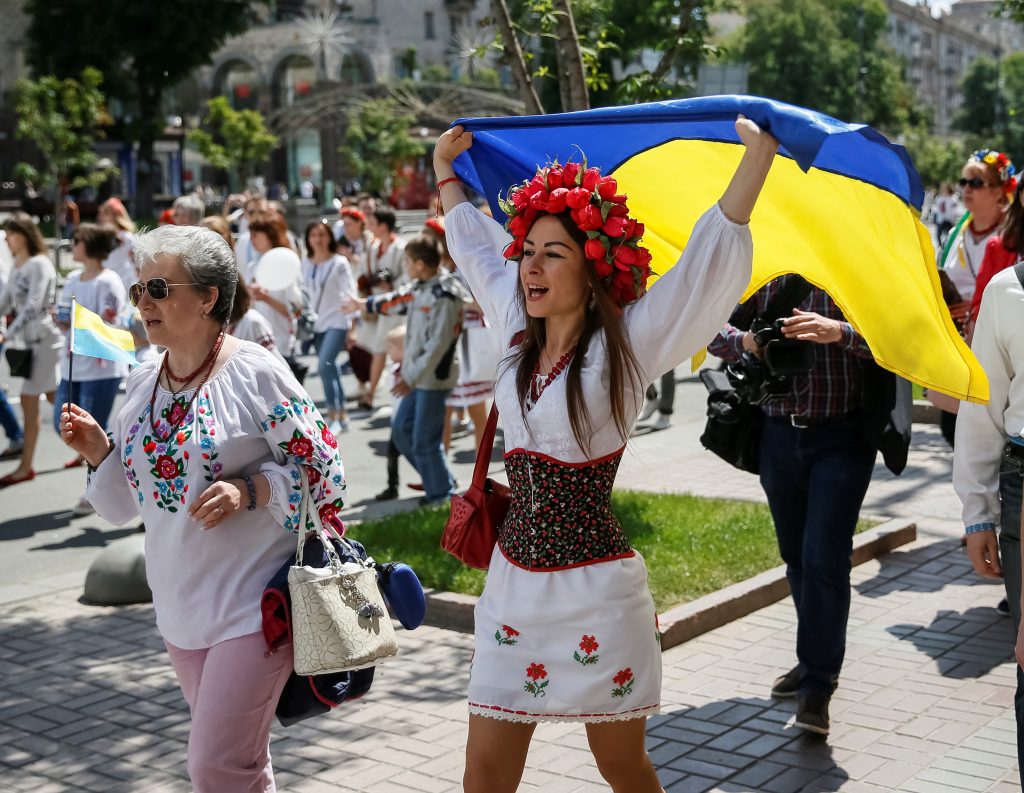 Over the past seven years, one of the most striking features of Ukraine’s response to Russian hybrid warfare has been the country’s remarkable cultural revival. This renaissance of Ukrainian culture has helped defend against Russian soft power influence and provided a counterweight to damaging Kremlin narratives designed to undermine Ukraine’s social cohesion.

Ukraine’s relative success in the cultural sphere has owed much to a partnership between the private sector and the state authorities, who have played a significant but relatively low profile role in supporting and facilitating record levels of creative output. However, the future of this state support is now far from assured.

Over the past year, the coronavirus pandemic has placed considerable pressure on funding for cultural initiatives of all kinds. While budgets remain mostly intact, there are fears that cultural programs may be among the most convenient targets of any future belt-tightening efforts. Meanwhile, the administration of President Zelenskyy has shown relatively little appetite for the kind of identity politics that helped drive the boom in Ukraine’s national cultural life from 2014 until 2019.

This uncertainty is causing concerns far beyond the boundaries of Ukraine’s creative industries. If Ukraine fails to maintain the soft power momentum of the past seven years, there could be serious security implications for the country’s ongoing hybrid war with Russia.

The remarkable turnaround in Ukraine’s cultural sector since 2014 is one of the most significant developments to have taken place during what has been a particularly turbulent and formative period in the country’s development as an independent state. Working closely with civic society and the cultural community, the Ukrainian state has managed to meet the needs of the creative sector by rolling out an ambitious funding agenda accompanied by European-style transparency.

Ukraine’s efforts have included the establishment of brand new cultural institutions such as the Ukrainian Cultural Foundation and the Ukrainian Book Institute, along with the comprehensive restructuring of existing organizations like the Ukrainian State Film Agency. Another new institution, the Ukrainian Institute, was tasked with promoting Ukrainian culture abroad. These new and revamped cultural institutions have operated at a distance from the government, enabling them to avoid accusations of censorship or undue state influence. Instead, within the space of a few years, they have emerged as effective mediators between the state and the creative sector.

In addition to state initiatives, Ukraine’s cultural revival has also benefitted from the support of international cultural organizations such as the British Council and Goethe Institut, which maintain a strong presence in Ukraine and have provided further resources in the form of funding, training, and exchanges. They have also promoted the latest European practices in cultural management among their Ukrainian counterparts.

Ukraine’s various post-2014 cultural initiatives have produced impressive results. Over the past seven years, Ukraine has witnessed an unprecedented outpouring of literary works, theater productions, films, exhibitions, and festivals. Meanwhile, artists and cultural sector professionals from different regions of Ukraine have engaged in an array of collaborative projects that have helped challenge Kremlin stereotypes of an unbridgeable east vs west divide within Ukrainian society.

These developments in the cultural sphere mirror a broader evolution in Ukrainian national identity that has taken place since 2014. The shared experience of the Euromaidan Revolution and the defiant grassroots response to the Russian invasion of Crimea and eastern Ukraine have helped forge an inclusive, civic sense of national identity transcending narrower interpretations based on language and ethnicity.

Ukraine’s new cultural institutions have embraced the civic identity trend of the past seven years by promoting an emphasis on intercultural dialogue. This has led to a more prominent place for minority groups such as Crimean Tatars and Ukrainian Jews in the national discourse. Recent years have also seen a lively debate over Ukraine’s rich tradition of Russophone literature, with Russian-speaking intellectuals in places including Odesa and the worn-torn Donbas region exploring identity issues in radically new ways.

Since 2014, Ukraine’s embrace of more inclusive identity politics has taken place in parallel with a range of practical measures dictated by the realities of Russia’s ongoing hybrid war. Thanks to centuries of political domination and systematic russificiation, modern Russia still enjoys enormous cultural influence over independent Ukraine. When hostilities began seven years ago, this became a matter of national security.

In order to combat Russian influence, Ukraine introduced a range of affirmative action measures designed to promote the production of more Ukrainian-language cultural content. Between 2014 and 2019, the share of made-in-Ukraine movies screened in Ukrainian cinemas rose from 1.7% to 8%. The percentage of books published in the Ukrainian language also increased considerably.

For the past few years, radio stations have been obliged to meet Ukrainian language quotas. This has helped fuel a boom in the domestic music scene and boosted the careers of many local musicians who had previously struggled to gain airtime on playlists dominated by Russian-language artists.

The Ukrainian authorities have also embraced a number of protectionist policies in order to restrict Russia’s soft power penetration inside Ukraine. In 2014, Ukraine banned a range of Russian TV channels, TV series, and books, with particular attention given to content that sought to glorify Russia’s imperial past or denigrate Ukraine.

Three years later, Ukraine went further and blocked a number of Russian social media platforms. Many of Russia’s leading pop stars and celebrities are also no longer welcome in Ukraine, with entry bans imposed in response to anti-Ukrainian positions or unsanctioned visits to Russian-occupied Crimea.

The equation of national identity with national security was an explicit feature of Petro Poroshenko’s 2014-2019 presidency. However, his successor Volodymyr Zelenskyy has adopted a far less demonstrative approach to the identity debate. Since taking office in May 2019, Zelenskyy’s public pronouncements have tended to consist of generalized appeals for national unity. He has been careful to avoid expressing any controversial opinions on sensitive historical topics. Indeed, in one of his most famous speeches as president, Zelenskyy directly questioned the importance of identity politics. “What difference does it make who a street is named after? What really matters is that it is well lit and properly paved,” he commented during his flagship 2020 New Year address to the nation.

Critics have attacked Zelenskyy for failing to articulate the values underpinning his somewhat vague vision for national unity. They argue that the ambiguity of his rhetoric risks slowing the consolidation of Ukraine’s civic national identity. Far from avoiding splits in society, it leaves Ukraine vulnerable to further Russian aggression, they say.

Zelenskyy’s apparent preference is for pop culture spectacles, which have become a trademark of natonal holidays during his presidency. This fun and accessible approach has won many admirers. However, it is also very much at odds with the understanding of culture as a transformative and democratizing force that has prevailed in Ukraine since 2014.

For the past seven years, Ukraine’s cultural revival has been at the heart of the counteroffensive against Russian aggression. It has helped shape a civic Ukrainian identity and allowed the country’s creative industries to emerge from decades of Russian domination. Much of this was possible due to the supportive role played by state institutions. With no end in sight to Russia’s hybrid war, the question now is whether the current Ukrainian authorities remain committed to defending the country in the soft power arena.

Marina Pesenti is the former director of the Ukrainian Institute London. She recently published the Chatham House research paper, “Cultural Revival and Social Transformation in Ukraine.”