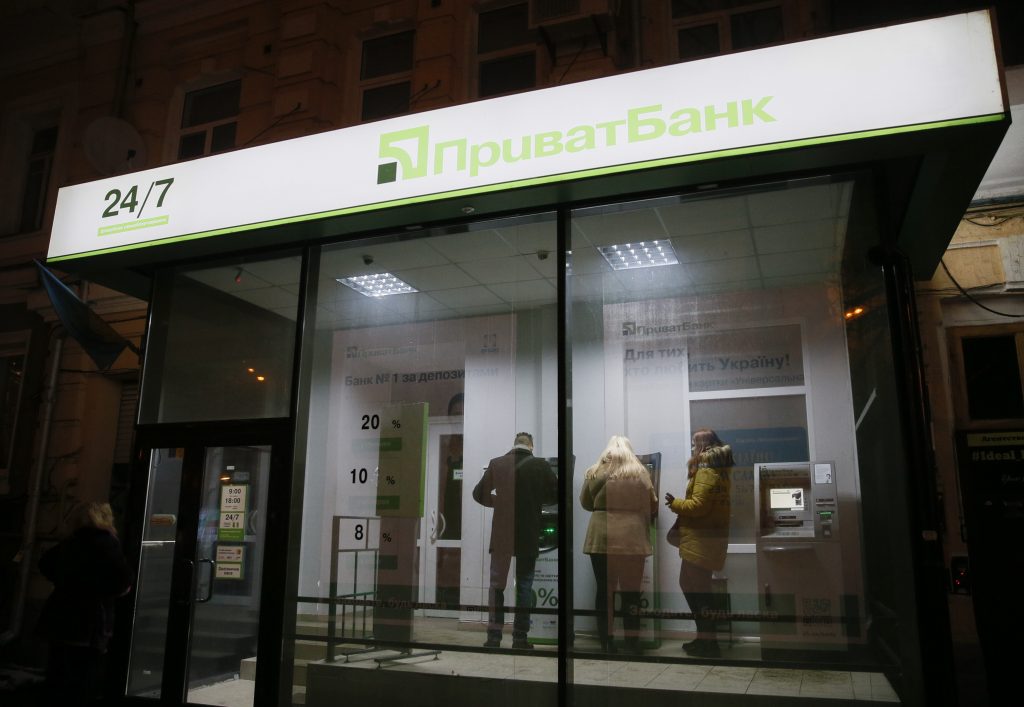 As of July 2021, the Ukrainian state owned more than half of the total assets in the Ukrainian banking industry. The government is officially committed to significantly reducing its stake in the sector, but progress towards this goal has so far been extremely slow.

The current government strategy sets a target of reducing the state-owned share of the Ukrainian banking sector to 25% by 2025. However, the government has already failed to meet similar goals on several prior occasions, leading to repeated revisions of the official privatization strategy. Understandably, many observers now question whether the current plan is achievable.

The first version of the Ukrainian government’s banking sector privatization strategy was drawn up in February 2016. At that point, state-owned banks Oschadbank, Ukrgasbank, and Ukreximbank were unprofitable and often required additional capital from the state budget due in part to large existing portfolios of non-performing loans (NPLs).

The reasons for this unusually high share of NPLs at Ukraine’s state-owned banks included bad management and corruption. At this initial stage, the government strategy involved the formation of independent supervisory boards in order to prepare the banks for privatization.

The situation changed rather dramatically in December 2016 when the Ukrainian authorities were forced to nationalize the country’s largest bank, Privatbank, in order to ensure the stability of the Ukrainian banking sector. This move caused the state’s share of the banking industry to leap from around 26% to 55%. Inevitably, the nationalization of Privatbank meant that the government’s initial privatization strategy needed to be revised.

The updated plan identified a new timeline for steps towards a reduction in the state-owned share of the banking sector. Ukrgasbank was chosen as the first bank to undergo privatization. In line with the government strategy, the International Finance Corporation (IFC) would acquire a 20% stake in the bank by the end of 2018, and would identify a strategic investor for a further 75% share of the bank’s capital by January 2020.

Meanwhile, the European Bank for Reconstruction and Development (EBRD) would take a 20% stake in Oschadbank by mid-2020, with this share rising to an unspecified amount by 2022. The Cabinet of Ministers was likewise committed to finding a minority shareholder for a 20% stake in Ukreximbank by 2021. The privatization plan also anticipated the sale of Privatbank by mid-2022.

This ambitious strategy would have reduced the share of state-owned banks in Ukraine from 55% to 24%. Unfortunately, the slow pace of reforms in the country and the turbulence caused by the 2019 presidential and parliamentary elections meant that none of the targets outlined in the revised government strategy were actually met. Then came Covid-19 and further disruption.

The most recent update to the government’s privatization plans for the Ukrainian banking sector was approved by the Cabinet of Ministers in August 2020. In this latest document, the deadline for the reduction of the government stake in the banking system was pushed back considerably to 2025. However, even this far more modest target date may be overly optimistic. Privatization still faces a number of major obstacles that lead many to doubt whether genuine progress is possible.

One key problem is Ukraine’s dysfunctional legal system. This is a huge red line for international investors. Without credible rule of law guarantees, it will be difficult to attract the kind of investment necessary to make a success of privatization. Since 2014, Ukraine’s various attempts at judicial reform have repeatedly stalled or otherwise failed to convince.

Question marks also remain over the independence of the National Bank of Ukraine. This is crucial for the effective regulation and functioning of the entire banking sector. Unless they can receive guarantees regarding the independence of the country’s central bank, serious investors are unlikely to consider Ukraine’s banking sector as a viable option. Concerns over political interference in the work of the NBU first emerged in mid-2020 with the dismissal of the central bank’s widely respected governor amid accusations of government pressure, while alarm grew further following a series of NBU resignations in summer 2021.

Another barrier to the Ukrainian government’s banking sector privatization plans is the current state of the country’s economy. While Ukraine posted four consecutive years of steady if unspectacular GDP growth from 2016 until 2019, the economy shrank by 4% in 2020 due largely to the negative impact of the Covid-19 pandemic. While most sources forecast a return to solid growth in 2021 and beyond, investors are likely to remain cautious following the disappointing economic performance of 2020. This is doubly true given the slow progress Ukraine has made in the country’s vaccination drive and the potential for further pandemic-related setbacks.

Meanwhile, some skeptics remain unconvinced that the current government possesses the political will to proceed with privatization. They argue that Ukraine’s state-owned banks won’t be sold off anytime soon as they serve as a highly convenient instrument for the financing of the country’s budget deficit.

In light of these challenges, it is easy to understand why doubts linger over the credibility of Ukraine’s most recent bank privatization strategy. While few in government or within the banking sector would question the need to reduce the state’s excessive stake in the Ukrainian banking sector, progress towards privatization remains elusive. This is bad news for the banking sector itself and for the wider economy. It also means Ukraine is failing to meet an important reform target set by the IMF.

Mark Savchuk is head of the civil oversight committee at the National Anti-Corruption Bureau of Ukraine (NABU).