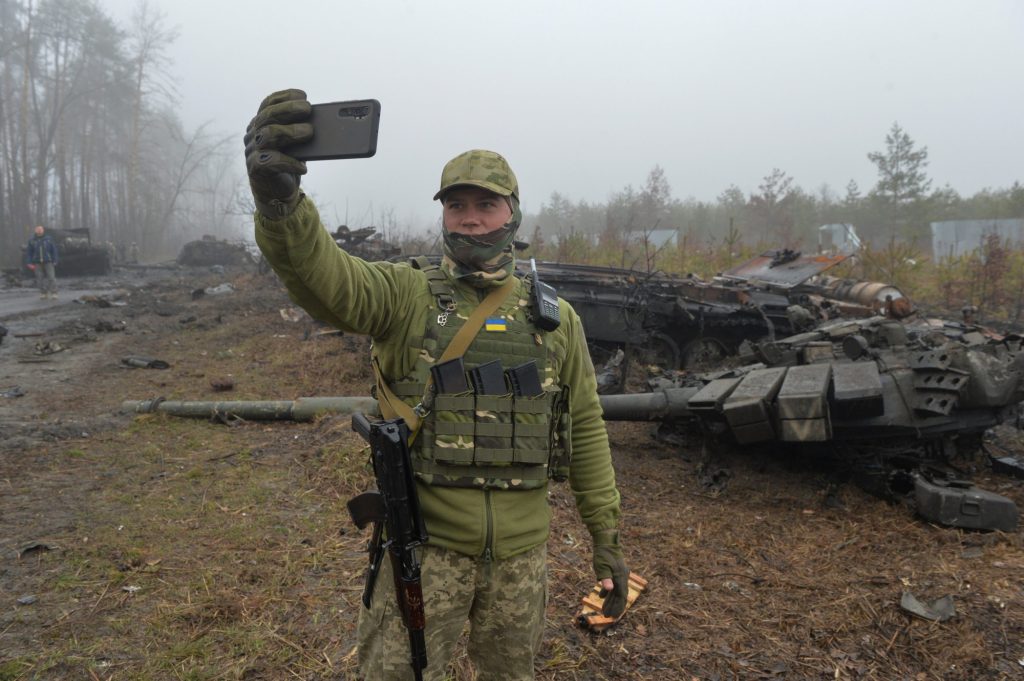 The invasion unleashed by Vladimir Putin on February 24 has had a devastating impact on the Ukrainian economy, with the latest World Bank forecast predicting Ukrainian GDP will contract by an eye-watering 35% in 2022. Amid this wartime economic gloom, Ukraine’s tech sector is a rare source of optimism.

According to data from the National Bank of Ukraine, IT industry export revenues actually increased by 23% year-on-year during the first six months of 2022 to reach $3.74 billion. This remarkable performance is part of a far longer growth trend stretching back to the turn of the millennium that has seen the Ukrainian tech sector emerge as an engine of the national economy and an increasingly influential factor shaping the broader development of the country.

Ukraine’s tech potential first began to attract international attention around a decade ago with the emergence of Ukrainian-founded companies such as Grammarly, GitLab, airSlate, and Preply. These success stories sparked speculation over whether Ukraine was set to become the world’s next “unicorn factory.” By 2020, the Ukrainian IT sector accounted for 8.3% of total exports and was a key contributor to Ukrainian GDP.

The rise of the country’s tech sector is driving the digitization of Ukrainian society. In recent years, Ukraine has witnessed a dramatic increase in cashless payments and other FinTech innovations. Following his election in 2019, Ukrainian President Volodymyr Zelenskyy established the Ministry of Digital Transformation to facilitate what Zelenskyy has called the creation of “a state within a smartphone.”

Prior to this year’s Russian invasion, the ministry oversaw the launch of digital options to replace a range of bureaucratic processes and secured legal recognition for digital versions of state-issued documents such as passports and driving licenses. With the tech sector now demonstrating remarkable wartime resilience, many believe this ongoing digitalization holds the key to Ukraine’s future.

The IT industry has played a crucial role in expanding the Ukrainian middle class thanks to average salaries in the range of $3,000 per month compared to a national average of approximately $500. One continuing IT industry trend is the strong market share of IT outsourcing. At present, pure product development accounts for only 16% of the IT industry in Ukraine.

Efforts to find investors for new projects have long been complicated by security concerns related to Russian aggression. Eveline Buchatskiy, VP of Special Projects at Ukrainian IT company airSlate, recalls a time when investing in the next Ukrainian startup was a competitive affair. Unfortunately, she says, the venture capital investment climate deteriorated following the outbreak of hostilities with Russia in 2014. Today, airSlate focuses heavily on Ukrainian-based product development, with Buchatskiy confident that the appeal of Ukrainian tech creativity still outweighs the obvious threats created by Russia’s ongoing invasion.

DroneUA founder Valerii Iakovenko is a good example of this creativity. Iakovenko is a medical doctor, turned insurance banker, turned tech entrepreneur. Nine years ago, he and his business partner set out to create ecosystems that support the use of tech in the agricultural industry. According to his data, use of DroneUA’s agriculture drones helps farmers increase agricultural yield by 4% for corn and 2% for wheat. At scale, these percentages are significant, especially given Ukraine’s status as one of the world’s leading agricultural producers.

Last year, the DroneUA team set their sights on the task of providing additional reliable energy sources, with Iakovenko’s team working toward a sustainable marketplace for energy production. This is easier said than done. Not only are supply chains problematic, but increased production requires a growing network of installers and maintenance techs. Additionally, self-sufficient energy production systems are cost-prohibitive. Iakovenko sees the electric independence segment of the tech sector as ready for investment, “once we win the war.” In the meantime, he is focusing on his current priority of providing self-supporting power for Starlink systems.

In order to reach its true potential, Ukraine’s tech sector requires a suitable legal framework. Former US Ambassador to Ukraine Steven Pifer highlights the need for increased legislative stability moving forward. This is particularly salient in the IT sector where proprietary data protection is a key element of business success.

These efforts are needed for many reasons, but it is also important to acknowledge the risks they create in the current environment. Establishing extensive legal protections places potential limitations on innovation within the tech sector. This is particularly relevant for businesses that are trying to innovate and adapt rapidly to changing circumstances. Businesses are faced with the choice of holding on to the advantages of IP protections or sharing data to support Ukrainian innovation and accepting the risk therein.

In recent years, there has been significant discussion over how to help the IT sector transition from IT outsourcing to IT service. Recommendations have centered on targeted taxation, sector integration, talent acquisition, and intellectual property protection. Ukraine looked to increase taxes on non-Ukrainian-owned companies in 2022 to promote local innovation. However, increasing taxes on foreign companies willing to accept the risk of operating in Ukraine could further stall progress. Meanwhile, the December 2021 launch of Ukrainian tech hub Diia City aims to offer further taxation incentives. Diia City significantly reduces the tax burden on IT sector businesses and employees. The project looks to create the largest innovation hub in Europe.

Sector integration continues to provide market growth opportunities. The drive for tech solutions is particularly palpable in the Ukrainian agriculture sector. According to Iakovenko, Ukrainian farmers are often young, eager for tech adoption, and unburdened by a bias for traditional practices. Ukrainian farmers are already utilizing satellite data to determine crop fertility and planting schedules. They also lead the world in terms of drone usage in agriculture.

One key problem facing Ukrainian IT companies is finding enough qualified recruits to maintain the tech sector’s robust growth rate. In order to overcome mounting personnel shortages, the sector has previously sought to attract international talent from nearby Poland, Romania, and elsewhere. However, this is currently unrealistic due to the ongoing Russian invasion.

The Ukrainian government can address shortages through scholarships, increased trade school-style education, and an expansion of the Ukrainian IT Creative Fund. These intermediate and long-term solutions make good sense but do not directly address the current situation. With the increase of Ukrainians moving abroad to escape the war, the government could offer tax waivers to Ukrainian workers outside the country continuing to work for Ukrainian companies remotely. While this will not grow the workforce, it will help diminish the talent drain.

The Ukrainian IT industry is moving forward while adapting to the extreme circumstances created by Russia’s invasion. Much still needs to be done in order to maximize the obvious potential of the country’s tech talent, but the mood within the sector remains overwhelmingly optimistic. This optimism is based on the many resourceful and committed people who are driving Ukraine’s digital progress and shaping the country’s future.

Image: A Ukrainian soldier takes a selfie in a front of a destroyed Russian tank in Kyiv region. April 1, 2022. (REUTERS/Oleksandr Klymenko)