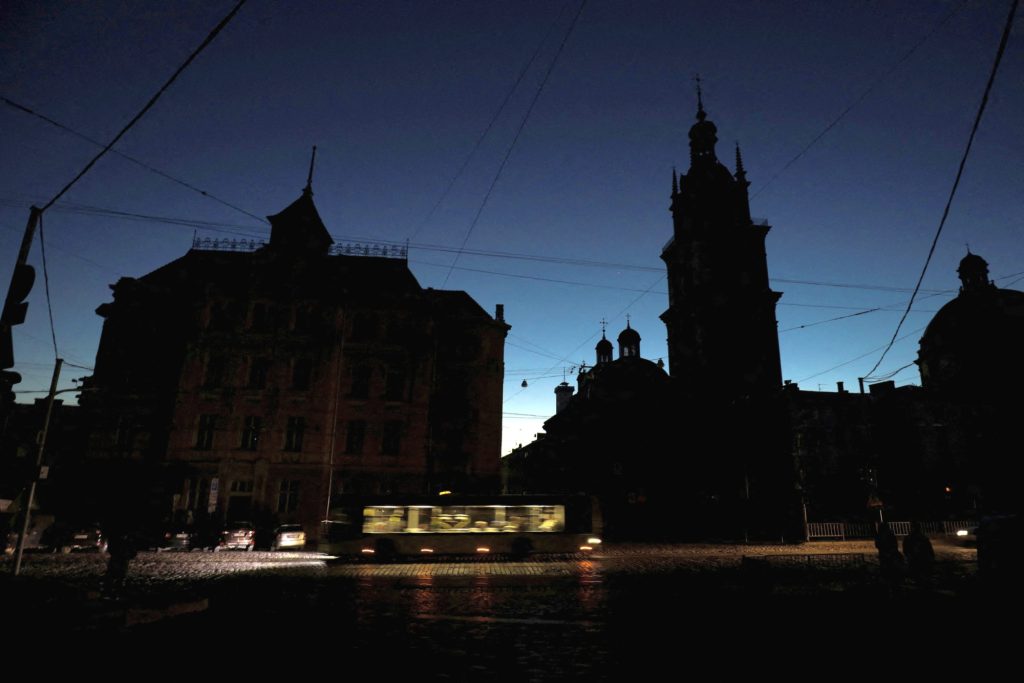 Ukrainians are currently scrambling to find enough gas and electricity for the winter heating season following an unprecedented series of Russian attacks on the country’s energy infrastructure. With cold weather already bearing down and both fuel and power prices skyrocketing in Europe and elsewhere, Ukraine is bracing itself for what could be a dark and cold winter that has the potential to play a key role in determining the fate of Vladimir Putin’s invasion.

The damage from these airstrikes was significant, with cities across the country temporarily losing power. DTEK’s Ladyzhinska thermal power plant (TPP) was among the many to suffer direct hits. Several combined heating and power plants (CHPPs) were also struck. Twelve substations were damaged across Kyiv, Zhytomyr, Khmelnytskiy, Lviv, Sumy, Poltava, and Mykolaiv regions. A large number of smaller incidents of damage were reported and now require repair.

Ukrainians have responded to these attacks with characteristic resilience. The country’s electrical grid operator, Ukrenergo, reported that repairs would take less than a day or two in most cases. Ukrainian Prime Minister Denys Shmyhal stated that Ukraine does not currently need to import electricity from Europe. Nevertheless, measures have been introduced to address the looming energy crisis. Ukrenergo has imposed emergency brownouts, the Ministry of Energy has banned power exports in order to ensure adequate power to stabilize the Ukrainian grid, and the government has implored citizens to reduce their electricity usage during peak hours.

The Ukrainian response belies the energy insecurity Ukraine finds itself in as winter approaches. DTEK had to increase generation by 16% in September to prevent grid instability and blackouts nationwide because around 45% of Ukraine’s power generation capacity is offline. Only eight of Ukraine’s 15 nuclear reactors are operational, with the seven not running accounting for over 25% of the country’s power generation capacity. None of Zaporizhzhia NPP’s six reactors are online due to Russian shelling in August, and only three of Rivne NPP’s four reactors are currently operational. Ukraine’s renewable energy resources, which accounted for approximately 12% of generation before the invasion, are presently offline in Russian-held territory or frontline regions. At least two hydroelectric plants are also offline.

Ukraine has 14 TPPs that run on coal or natural gas. Eight are owned by the country’s largest private power company DTEK, three are owned by state-owned Centrenego, and the remainder are owned by smaller public or private entities. Only one of Centrenergo’s TPPs, Trypilska, is currently operational. Only six DTEK TPPs were operational before October 10. Two were subsequently damaged by Russian airstrikes.

With so much generation capacity offline, the only reason Ukraine has not suffered a severe grid failure is low demand. Around 20% of Ukrainian territory is still held by Russia, approximately seven million Ukrainians have fled the country, and a huge number of buildings have been reduced to rubble and do not therefore consume electricity. This has collectively reduced power consumption nationwide by about 35%, so the current supply crisis has not yet crippled the grid. However, Russia’s airstrike campaign has further weakened the power sector just as the cold weather is beginning.

The natural gas situation is not much better, with gas serving as Ukraine’s principal fuel for heating. Naftogaz, Ukraine’s state-owned energy giant, says it has just under 14 billion cubic meters (bcm) stored for winter. That is well below the 18-19 bcm needed for a full season of heating, and disastrously short of the 21-22 bcm needed for a particularly cold winter. While the anticipated consumption of gas this winter is down relative to a normal year for the same reasons electricity use is down, gas-fueled municipal heating systems do not allow for individual reductions in use. Municipal heating is citywide and is either on or off, so any consumption decreases are likely to be far less significant than for electricity. Instead of conserving gas now, some parts of Ukraine including Kyiv have already begun the heating season and turned on the furnaces, despite relatively warm weather persisting.

Ukraine urgently needs technical support and financial aid to secure energy sources for the winter. The announced freeze in limited electricity exports to Europe will cost Ukraine $150 million per month, making it harder for Ukraine to repair its systems and continue buying gas to store. President Volodymyr Zelenskyy has asked foreign donors for $55 billion to cover the budget deficit, plus another $17 billion to help with energy infrastructure repairs. Ukrainians will need to do their part by reducing consumption, while the Ukrainian government must delay the heating season, turn off or turn down municipal heating, and conserve energy supplies when they start to run low. New energy efficient technologies will need to be deployed as quickly as possible throughout Ukraine.

If Ukraine’s partners wish to prevent Vladimir Putin from freezing the country into surrender, they must provide the technical support and funding that will allow Ukraine to make it through the winter season. Some help is already forthcoming. The European Investment Bank (EIB) gave Ukraine €550 million (currently $535 million) on October 12 specifically to pay for the repair and rebuilding of Ukraine’s energy infrastructure. These funds will be used to help Ukraine maintain electrical grid stability, restore power service, and fix some of the recent infrastructure damage. But much more is needed to keep Ukrainians warm in their homes as their army continues to liberate Russian-occupied regions of the country.

Suriya Jayanti is a nonresident senior fellow at the Atlantic Council.