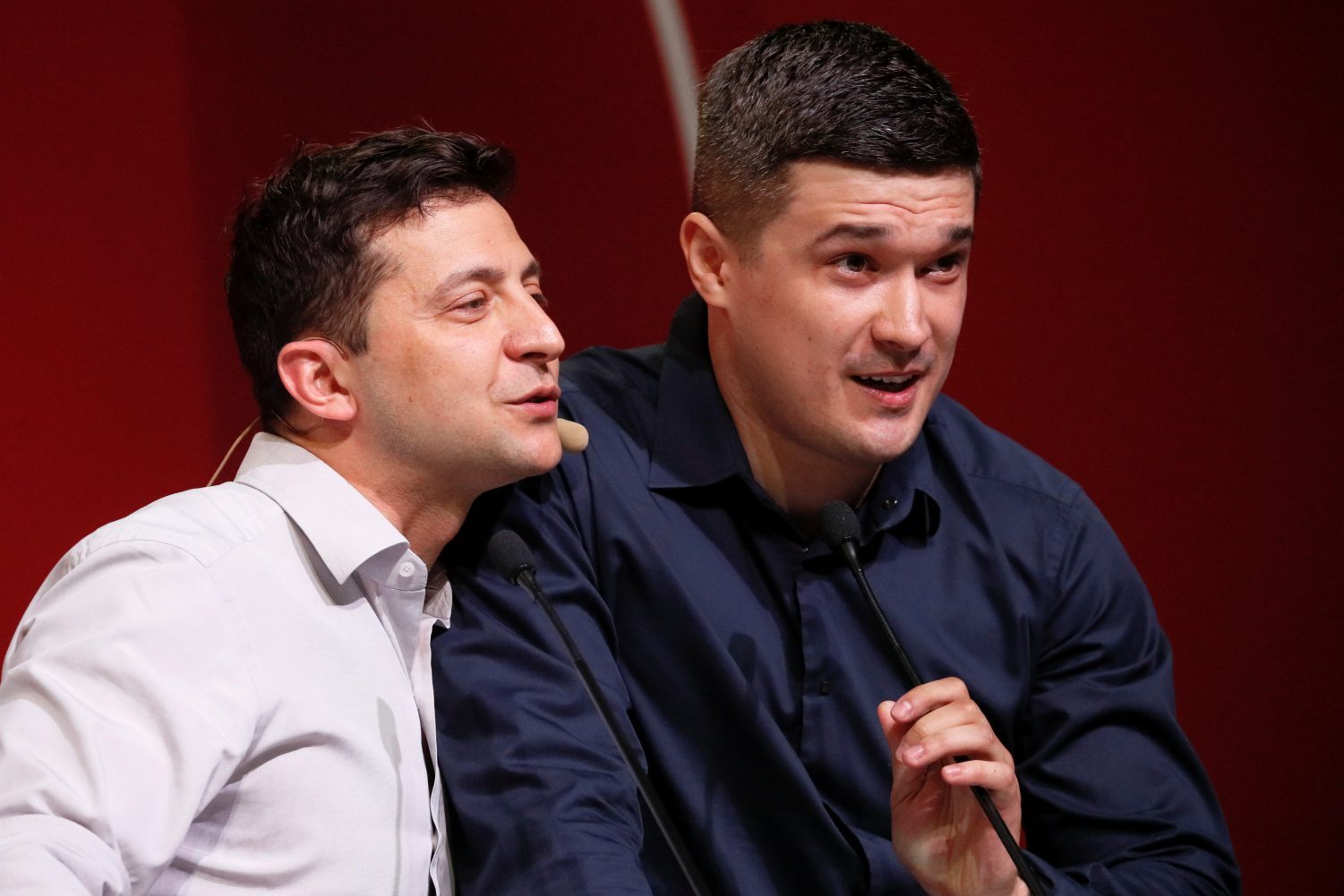 Kyiv is quiet. No demonstrations. No political graffiti.

And yet, Kyiv is ground zero for the most significant economic revolution in the region today.

In a libertarian reshaping of Ukraine’s post-Soviet system, the new government plans to approve the largest farm land market in Europe, the biggest post-Soviet privatization fire sale in a generation, and the opening of roads, railroads, ports, airports, oil and gas to private investment. Casino gambling and amber mining are to be legalized. Foreign exchange controls are to be lifted. Labor laws are to be liberalized.

In a whirlwind of legislative activity reminiscent of Franklin Roosevelt’s First 100 Days, Ukraine’s new government is creating opportunities for billions of dollars of foreign and national investment in the 2020s. In a move bound to unleash years of pent up investment, the central bank promises to cut interest rates in half by the end of next year.

Kyiv is quiet partly because Volodymyr Zelenskyy won an open, multiparty presidential race, emerging with a popular mandate. Unprecedented in Ukraine’s 28 years of independence, Zelenskyy won 73 percent of the final presidential vote in April. Three months later, in parliamentary elections, he won a clear majority—60 percent of Rada seats. In late August, Zelenskyy’s trust rating was 70 percent, according to a survey by the Ilko Kucheriv Democratic Initiatives Foundation.

On the campaign trail, Zelenskyy was short on promises and short on interviews. Voters elected a black box. Last week, he jumped out of that box and proved to be a 41-year-old libertarian.

Part of the shakeup is a generational turnover. The post-post-Soviet generation now run Ukraine. With the youngest cabinet in Europe, average age 39, Ukraine’s cabinet members order their food online, order their taxis online, order their vacations online, and pay in stores with contactless bank cards. Faster adapters to new technology, Ukrainians bought 56 percent of their railroad tickets online this summer.

Now, at the wheel of government, these 30-somethings are asked to drive their country through the 2020s in a dusty, battered 1993 sedan.

Creating the “state in the smartphone,” is the task of Mykhailo Fedorov, Ukraine’s new deputy prime minister and minister for digital transformation. At 28, he shares the title of Europe’s youngest minister with Virginius Sinkevicius, Lithuania’s economy minister. Encapsulating Kyiv’s ambitious plans to create Estonia-style e-citizenship, Fedorov tells the Kyiv Post: “Eventually, people will stop noticing the government. They’ll be using it like they use Uber or Booking.com—only when they need it.”

Press reactions range from ho hum to skeptical to hostile. “Vulgar libertarianism,” sniped one Kyiv economist. Traditional political scientists, trained to identify a revolution as a worker-peasant alliance taking over the telegraph office, do not see anything special going on.

Many Ukrainian free marketers are sulking in the sidelines because they misread the Zelenskyy movement last spring. But with the government’s goals and deadlines clearly set, the prime minister reports that more and more Maidan-era talent are signing up to help.

Last Monday, I met with three alone from France, the United Kingdom, and the United States.

For some Westerners, Ukraine sounds risky.

If Ukraine is so risky, why are Russian-speaking Israelis, some of the world’s best risk evaluators, quietly investing in Ukraine? Why is the new Knesset, elected next Sunday, expected to ratify the free trade pact with Ukraine? Why is Tel Aviv the top international destination for Ukraine International Airlines? Hint: It is more than Ukraine having modern Europe’s first Jewish president.

Israelis see Ukraine as a country larger than France where a military standoff ties up 3 percent of the national territory in the Donbas. The 73 Ukrainian soldiers killed in the first nine months of this year should in no way be minimized. But, by comparison, 335 Americans have been killed in mass shootings since the start of the year. And about 3,300 Ukrainians are expected to die in car accidents this year.

For risk evaluation, the trend is more important than the numbers.

Here is the mood music in Kyiv this fall: Saturday’s prisoner swap will be a first step in a halting process for both sides to gradually stand down in the five-year war.

A shaky, imperfect peace combined with a free market revolution could well deliver the promised 7 percent GDP growth rates for the early 2020s.