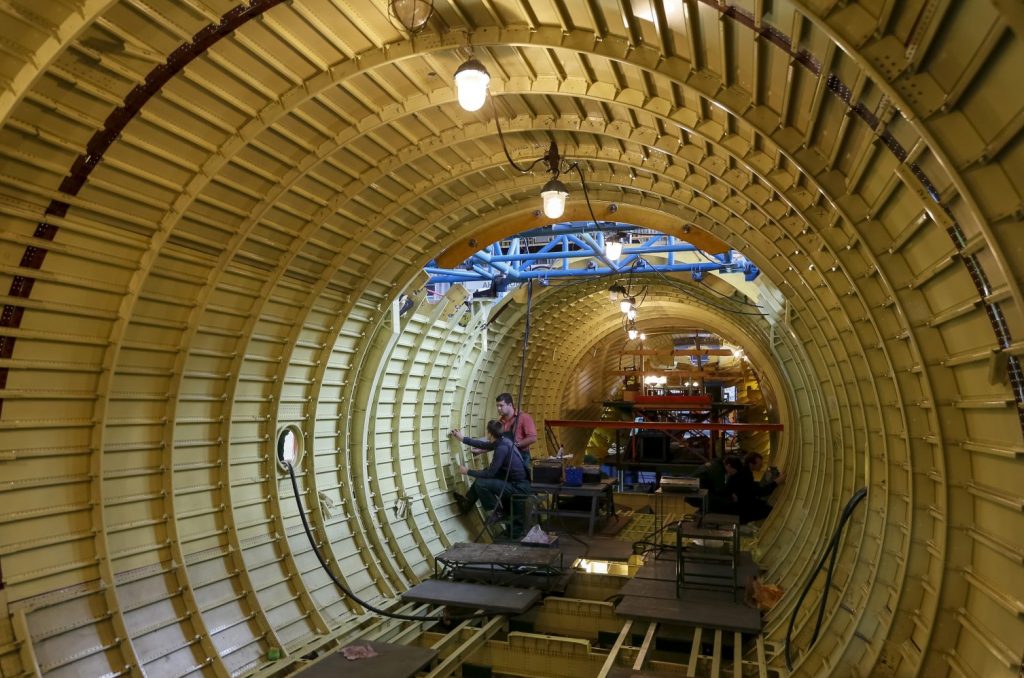 President Volodymyr Zelenskyy is right to emphasize the need to privatize state-owned enterprises. Their reform can bear fruit fast, especially through privatization. Ukraine’s remaining state enterprises are a major source of corruption and inefficiency, as most have been taken over by shadow owners. The return on assets of private companies was four times larger than the return on assets of state-owned companies in 2018. This resulted in $3 billion foregone profit just in one year.

Most state-owned enterprises should be privatized, while the state should manage the rest commercially, on a level playing field with the private sector.

Ukraine has 3,350 state-owned enterprises, but more than half of them are tiny and in liquidation, and most of the operating ones are very small. The assets of the 100 largest state enterprises comprise more than 90 percent of all state enterprise assets, and the three biggest, Naftogaz, Ukrainian railways, and Energoatom, hold two-thirds of all these assets.

For far too long, Ukraine has held on to these assets, failing to break this vestige of corruption and inefficiency. Illegal shadow owners, not socialist ideology, are the real barrier to privatization. Immediately after these elections of great radical renewal, Ukraine has a unique chance to break their hold.

The government needs to quickly establish a list of the 100 most valuable enterprises. The other 3,250 enterprises should be transferred to the state property fund to be liquidated or privatized and be auctioned off swiftly at any price. Preferably, these privatization auctions should be done at a regional level and the proceeds passed on to the regional budgets because considerable administrative capacity is required and the regional governments need to have a strong monetary incentive to get it done. Speed, not price, should be the priority. Think of these assets as junk the state wants to get rid of. Small state enterprises usually hold unused land or abandoned real estate. Such unused assets can generate value in private hands.

The politically sensitive issue is how to deal with the 100 biggest state enterprises of real value, and here four principles should be applied. First, state ownership should be the exception, not the rule. The government needs to determine which state enterprises are strategic and should remain in state ownership in the long term and which should be privatized. Clear justification must be given why an enterprise is considered strategic. Only those that perform primarily regulatory functions or are vital for national security, such as the gas pipeline system, should remain in state hands. For the rest, the private sector is better.

Second, ministries should not manage enterprises but regulate and reform the economy. State enterprises should be managed independently and commercially on a level playing field with the private sector. They should be managed by professional managers who receive market-oriented salaries. To secure the integrity and independence of the management of state-owned enterprises, the enterprises should first be corporatized. This process has already gone far. Next, to safeguard their commercial independence, the state enterprises need supervisory boards with a majority of independent directors. Prime Minister Volodymyr Groisman has recently established such boards at nine big state companies. More are needed.

Third, all strategic commercial companies should be transferred to a state holding company to be created to keep them at arm length’s distance from the ministries. Other state enterprises that have no commercial objective and implement only regulatory functions, such as the State Air Traffic Services Enterprise, would become independent state agencies.

Fourth, privatize the big non-strategic commercial state enterprises. They should be transferred to a more muscular state property fund. The time for voucher privatization is over. For the privatization of large assets, price is more important than speed, but credibility of the privatization process is even more important. If people won’t trust it, then even a high price received for the asset will not be considered a success, because there will be no support for future privatization. Experts at the state property fund need to assess what form and time of privatization makes the most sense and how best to prepare while upholding transparency and trust in the process.

Some assets, for example commercial ports and medium-sized factories, are best auctioned off whole. In other cases, there might only be a few possible buyers in the world, which requires negotiations with strategic purchasers. Finally, for some major companies the right approach is likely to be initial private offerings on the stock market, and foreign investors need to be attracted for sound market competition.

The privatization of big state companies is an intricate political and economic matter that requires both technical and financial assistance from international financial institutions, mainly the European Bank for Reconstruction and Development and the World Bank. The EBRD can buy a minority stake before privatization and IFIs should provide credits to reputable investors, adding trust in the privatization process.

The good news is that Ukraine has another chance to shed its state-owned enterprises once and for all. Parliament and the president must seize the moment this fall.

Anders Åslund is a senior fellow at the Atlantic Council and author of the new book “Russia’s Crony Capitalism: The Path from Market Economy to Kleptocracy.” He is a member of the supervisory board of Ukrzaliznytsia. Follow him on Twitter @anders_aslund.

Image: Workers work inside a new Antonov airplane at the Antonov aircraft plant in Kiev, Ukraine, September 7, 2015. State-run aircraft maker Antonov built more than 22,000 units of more than one hundred types and modifications of passenger, transport and special-purpose aircraft, including the world's biggest cargo plane Antonov-225 (Mriya), according to the company's official website. REUTERS/Gleb Garanich