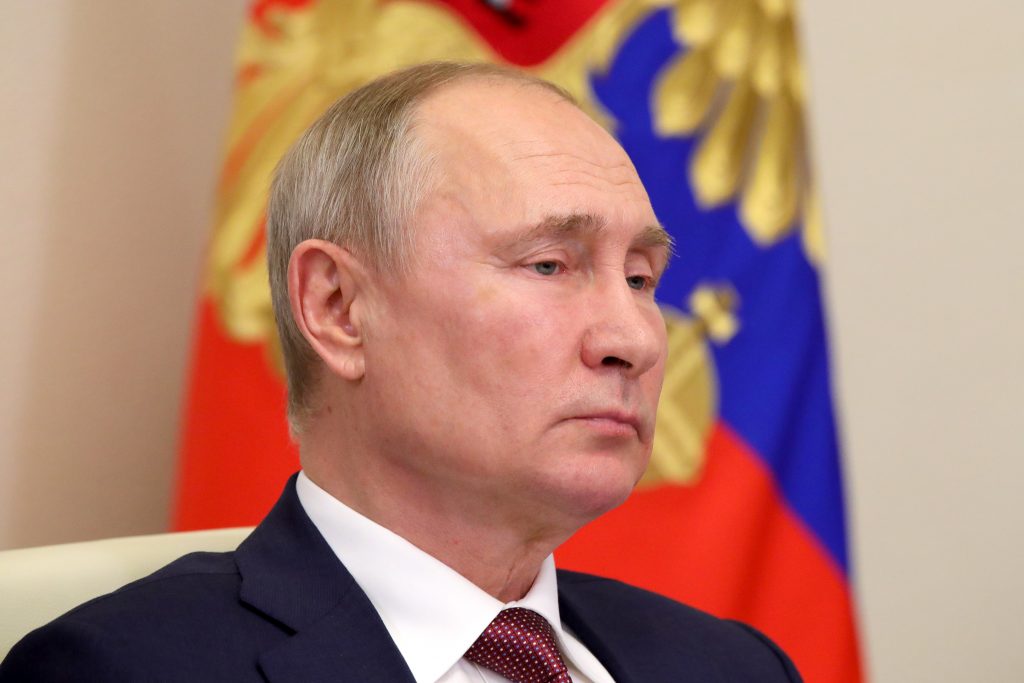 The US has begun 2021 by delivering a series of sanctions blows that leave the future of Vladimir Putin’s USD 11 billion Nord Stream 2 pipeline project in grave doubt. The latest American measures appear to have succeeded in forcing insurance, certification, and engineering firms to distance themselves from the geopolitically sensitive energy infrastructure project.

Moscow remains publicly defiant and bullish over the prospects of completing the unfinished pipeline, but it seems that Russia’s gas producer Gazprom is under no such illusions. A January 19 Reuters report claims Gazprom acknowledged in a recent Eurobond prospectus that the Nord Stream 2 gas pipeline project may be suspended or scrapped amid political pressure.

“We have faced and may continue to encounter risks associated with changes in political conditions in various regions related to such projects. In exceptional circumstances, including owing to political pressure, such changes may result in a project being suspended or discontinued,” reads the Gazprom statement.

Nord Stream 2 is not the only pipeline under pressure. The projects Gazprom refers to include Turk Stream 2, another controversial Russian pipeline opposed by the US. The Turk Stream 1 line was completed some years ago and serves Turkey. Russia has since diverted the second line and extended it on land from Turkey through Bulgaria and now into Serbia. Eventually, this Balkan Stream pipeline will serve the entire Southeastern Europe region.

The pipeline cannot yet match the projected capacity of Nord Stream 2. However, it offers a range of strategic advantages. It will significantly strengthen the Kremlin’s control over Southeastern Europe’s energy supplies and prevent rivals from gaining a foothold in the region, while at the same time also furthering the goal of bypassing Ukraine.

“Going around Ukraine, and reducing the flow of gas through Ukraine, has been the aim of Russian energy policy for more than 20 years,” says energy expert Hristo Kazadjiev from the Bulgarian Euro-Atlantic Security Center. “The second geopolitical aim is to include Russian gas in the European South Gas Corridor as quickly as possible, which would block deliveries from other countries.”

The Balkan Stream uses Bulgaria, an EU and NATO member, strictly as a conduit. Bulgaria’s involvement in Russian pipeline politics raises security concerns. In December 2020, Russian aircraft repeatedly used the airspace of NATO member Bulgaria to deliver military equipment to Serbia, according to a joint investigation by RFE/RL’s Bulgarian and Balkan services.

“The [Bulgarian] government and Prime Minister acted in Russia’s interests,” says Kazadjiev. “In addition to Balkan Stream, another example is the Belene nuclear power plant-a project in Russia’s interest because it has delayed gas diversification projects.”

Russia’s push through Bulgaria has also delayed the completion of a connection with the LNG terminal in Greece which Bulgaria, Romania and North Macedonia intend to use. Russia does not want this LNG terminal opened, because it would bring in competing gas supplies from the Middle East and Norway. Meanwhile, Russia has signed a non-competition deal with Turkey to prevent exports from its LNG terminal to Europe.

The US is preparing to respond to Russia’s expanding energy sector influence in Southeastern Europe. Washington has been readying sanctions to stop the Balkan Stream project under Section 232 of CAATSA (Countering America’s Adversaries through Sanctions Act). The Nord Stream 2 sanctions applied to undersea-only pipeline activities, but new sanctions will cover Balkan Stream.

“Washington has always opposed the construction of Turk Stream,” commented US Under Secretary of State for Political Affairs David Hale in October 2020. “Two days after the pipeline went into operation, on January 10, 2020, the United States gave a clear signal that it was opposed to extending the pipeline to the EU via Bulgaria. The United States views it as a geostrategic project for Russia.”

In July 2020, US Secretary of State Mike Pompeo singled out the project as a problem. “This action puts investments or other activities that are related to these Russian energy export pipelines at risk of US sanctions,” he stated.

Then in October, US Assistant Secretary of State for Energy Francis Fannon visited Bulgaria and made it clear sanctions will happen, despite the name change to “Balkan Stream”. “I understand that the gas pipeline is called differently but, in our opinion, this does not change the fact that Russia is using it as its tool,” he said.

Why has the US not yet imposed sanctions, and where is the EU in all of this?

“The EU is indifferent to Balkan Stream but it should have required Bulgaria to adhere to the standards of the Third Liberalization Package and stick to European energy policy. This would require access to this transit pipeline in Bulgaria for Bulgarian companies and municipalities or anyone on the territory through which it passes. Equal amounts should go into the Bulgarian gas market. That is not the case,” says Kazadjiev.

Additional US sanctions and diplomatic initiatives by the new Biden administration may soon impede the project. “The US could pressure Greece to accelerate completion of its LNG terminal and system interconnector so that deliveries can happen,” explains Kazadjiev. “Secondly, the US can pressure Turkey to allow deliveries from the LNG terminal to Bulgaria.”

Another concern for the EU should be that Russia, through Gazprom and proxy companies, is trying to gain control over Bulgaria’s energy system, and perhaps others down the road. Companies placed in charge of construction by Russia have put the country under financial pressure.

“Even if Bulgartransgaz, Bulgaria’s state-owned grid operator, is the primary investor and retains ownership over the new east-west pipeline, Russia stands as the ultimate beneficiary,” wrote Washington DC’s Middle East Institute in November 2020. “Gazprom has booked close to 90 percent of the throughput capacity over the next 20 years. It did so in a public tender where it faced no serious rival bidder.”

Washington’s attention has recently focused on Nord Stream 2, but US officials also face similar challenges in Southern Europe, where Russia is once again using energy to advance its geopolitical interests. America looks close to decisively blocking Putin in the Baltic, but the stakes are equally high in the Balkans.