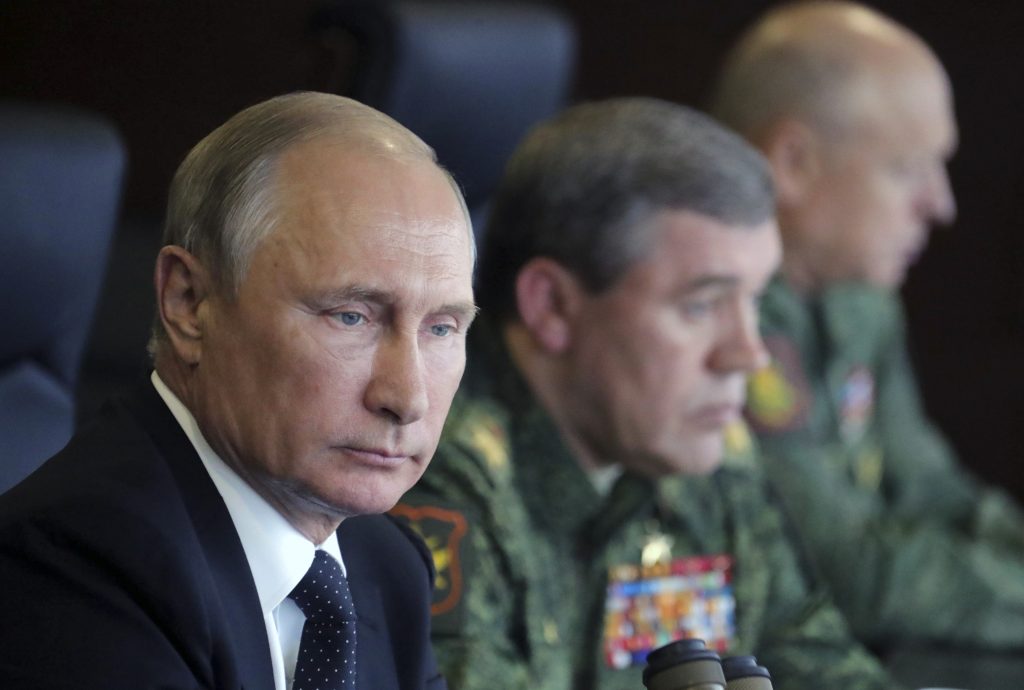 US President Joe Biden recently assured his Ukrainian counterpart Volodymyr Zelenskyy that America will “respond decisively” if Russia launches a new invasion. This was not particularly encouraging. Quite the opposite, in fact.

Throughout the past few decades, we have frequently heard similarly tough talk from Western leaders whenever they have found themselves confronted by the reality of Russian aggression. Unfortunately, the promised responses are never actually decisive.

Instead of deterring the Kremlin, such posturing undermines the credibility of the West. It feeds skepticism and raises all sorts of questions among the millions of people in the former Soviet Union who have seen their independent nations invaded, occupied, and annexed by the Russian Federation.

For thirty years, Russia has been imposing its will throughout the post-Soviet world while openly obstructing progress. Nevertheless, Moscow is still afforded what amounts to an unofficial veto over the EU and NATO membership aspirations of neighboring countries.

Today’s talk of a potential future response ignores the fact that Russia has already annexed Crimea and is waging an ongoing war in eastern Ukraine’s Donbas region. This hands the initiative over to the Kremlin and risks rewarding Russia for choosing not to escalate its eight-year war against Ukraine.

By overlooking Russia’s long list of international crimes and restricting itself to promises of future penalties, the West inadvertently lends credibility to Kremlin claims that Ukraine is somehow not entirely sovereign. The same twisted logic also applies Georgia, another independent country that has been partially occupied by Putin and has become the target of Kremlin attempts to unilaterally impose a Russian veto on its foreign policy.

Putin’s apparent indifference towards Western warnings is understandable. He has been hearing the same empty promises of decisive action, typically accompanied by expressions of grave concern, ever since the Russian invasion of Georgia in 2008.

This did not prevent Moscow from occupying and then formally recognizing the independence of Georgian regions Abkhazia and South Ossetia. Likewise, firmly worded Western statements of condemnation did not deter Putin from seizing and annexing Crimea. Nor have they succeeded in facilitating the withdrawal of Russian forces from eastern Ukraine or Moldova.

It is now clear that the 2008 NATO Summit in Bucharest was a watershed moment in terms of Moscow’s dysfunctional post-Soviet relationship with the West. When Russian pressure succeeded in preventing Georgia and Ukraine from receiving membership action plans from the military alliance, the Kremlin was encouraged to become far bolder in its foreign policy objectives.

We are currently witnessing the logical continuation of this historical process, with Russia’s ambitions now extending to all the countries of the former Warsaw Pact.

Putin’s recent list of security demands makes clear that he seeks to reassert Russian domination throughout the post-Soviet space. This will enhance Russia’s claims to superpower status while exposing the inability of the Western powers to keep their promises. Crucially, it will also allow Putin to safeguard his own political future.

Despite Putin’s frequent claims that the West poses a mounting military challenge to Russia, his actions are not motivated by fear of NATO forces moving closer to his country’s borders. Instead, Putin wishes to insulate Russia against successful examples of democratic transition. The emergence of Georgia as a stable and increasingly prosperous European democracy poses an intolerable threat to Putin’s authoritarian regime. The same is equally true of Ukraine.

Success is infectious and inspirational. Putin and his colleagues in the Kremlin are well aware that the successful democratization of post-Soviet countries like Georgia and Ukraine will serve as a powerful precedent for Russian society. This is their greatest fear and the driving force behind Russia’s aggressive foreign policy of recent decades.

Russia’s bold and belligerent conduct calls for immediate international action and not merely ambiguous talk of a “decisive response” at a later date. In other words, the Western world must match Putin’s boldness while also making good use of its overwhelming military and economic superiority.

In response to Russia’s demands for a veto over regional foreign policy decisions, NATO needs to act resolutely and open the door to membership for Georgia and Ukraine. This is exactly the kind of strength and decisiveness that Russia least expects and is most unable to answer.

For far too long, Moscow has assumed that it can literally get away with murder in neighboring countries. The West’s inadequate response to successive examples of Russian aggression has fueled this sense of impunity. As a result, we now find ourselves facing the very real prospect of the largest European conflict since World War II.

None of this was inevitable. Like all bullies, Putin retreats when confronted by genuine strength and advances only when he senses weakness. For years, his readiness to use force has enabled him to intimidate the international community and punch well above his geopolitical weight. However, in reality, modern Russia is no match for the democratic world. In order to cut Putin back down to size, all that is necessary is for Western actions to finally match Western words.

Tinatin Khidasheli is the Chair of Georgian think tank Civic IDEA. She previously served as Georgian Minister of Defense.