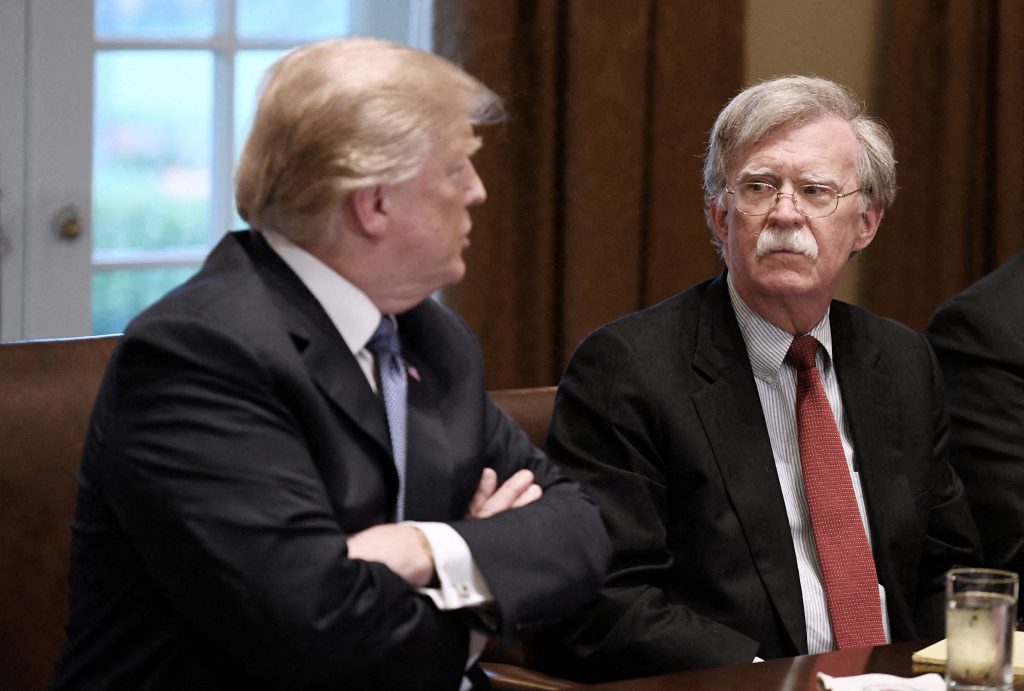 John Bolton served as National Security Advisor to President Trump in 2018-19. Bolton's new book “The Room Where It Happened” portrays Trump as being deeply hostile towards Ukraine. (Photo by Olivier Douliery/ABACAPRESS.COM)

Former White House national security advisor John Bolton’s new book “The Room Where It Happened” is an extraordinary read. It is the most devastating criticism to date of US President Donald Trump, and it is particularly so because it is substantial, candid and precise, and it deals with foreign policy.

The book has already received plenty of advance publicity, but it is not fully appreciated that Ukraine is a leading theme. The penultimate chapter of thirty-four pages is devoted to Ukraine, which is mentioned no less than 270 times.

Based on the impeachment hearings last fall, one could be forgiven for forming the impression that a negligent President Trump did not care much about Ukraine, but Bolton offers quite a different picture. In his version of events, Ukraine is one of the few issues that Trump is focused on, and the US leader is depicted as being even more hostile to Ukraine than previously known. Bolton, who believes American interests call for strong support for Ukraine, portrays Trump siding with Putin and Russia at every turn against Ukraine.

Bolton served as President Trump’s national security advisor from April 2018 until September 2019. He was probably the most sophisticated and experienced foreign policy specialist to have served in Trump’s administration, but also one of the most controversial. Bolton is recognized as a prominent neoconservative, who, according to critics, has rarely seen a war he doesn’t like. He was among the key advocates for the war in Iraq in 2003 and has long been a leading hawk regarding US policy towards Iran. Nevertheless, this new book displays Bolton’s detailed knowledge, professional skills, and ability to make precise observations.

Ukraine’s top officials would be well advised to read Bolton’s chapter on Ukraine, which is devastating on Trump. According to Bolton, the US President only listened to one person on Ukraine, his private lawyer Rudolph Giuliani. Giuliani is portrayed as leading calls for the dismissal of US career diplomat and ambassador to Ukraine Marie Yovanovitch, which Bolton claims Trump accepted without argument.

Bolton clarifies the situation by quoting US Secretary of State Mike Pompeo saying that Ambassador Yovanovitch “was trying to reduce corruption in Ukraine and may well have been going after some of Giuliani’s clients.” Bolton presents both Trump and Giuliani as behaving in a criminal way, and implies that Pompeo thought the same.

Throughout his book, Bolton depicts Trump as favorably disposed to Putin. Indeed, one of his starkest quotes is: “Trump implies that a Ukrainian president sympathetic to Russia could help avoid a third world war.”

The book contains quite a few interesting secondary claims relating to Ukraine. It was news to me that in 2018, Ukrainian President Petro Poroshenko allegedly asked Bolton to have the United States sanction Ukrainian oligarch Ihor Kolomoisky. Bolton also claims that Putin asked him whether Kolomoisky would get his nationalized bank Privatbank back if Volodymyr Zelenskyy won Ukraine’s 2019 presidential election.

Bolton himself adopts a strong pro-Ukrainian stance throughout. He sees NATO’s failure to let Ukraine become a member as the cause of the current Russian aggression against the country. Most relevant people in the US administration are portrayed as being pro-Ukrainian, though Pompeo stands out as an opportunist who understands the issues well but is primarily interested in accommodating Trump. The only Americans that are presented as being outright anti-Ukrainian are Trump and Giuliani.

Bolton offers fascinating insights and Ukrainian policymakers should listen to what he has to say. He makes clear his belief that there is little sense in trying to inform or convince Giuliani, because the former mayor of New York is only interested in making money and protecting his clients, many of whom have dubious reputations. Nor is there any sense in attempting to organize a meeting between Trump and Zelenskyy. An obvious conclusion from Bolton’s book is that the Ukrainian president should forget about an invitation to the Oval Office, because Trump hates Ukraine since Giuliani and Putin have poisoned him against the country.

While not saying so explicitly, Bolton indicates that the Ukrainian leadership should approach any direct contact with President Trump with extreme caution and should seek to keep all future Ukrainian contact with Giuliani to a minimum. The former White House national security advisor makes clear that both men are hostile towards Ukraine, while underlining that nearly all other relevant members of the US administration and the US Congress favor Ukraine.

Overall, Bolton’s account creates the impression that the United States continues to provide financial and military support to Ukraine because of the strong bipartisan support the country enjoys from its US friends, but in spite of President Trump’s personal preferences.

Anders Åslund is a senior fellow at the Atlantic Council in Washington. His latest book was “Russia’s Crony Capitalism: The Path from Market Economy to Kleptocracy”.