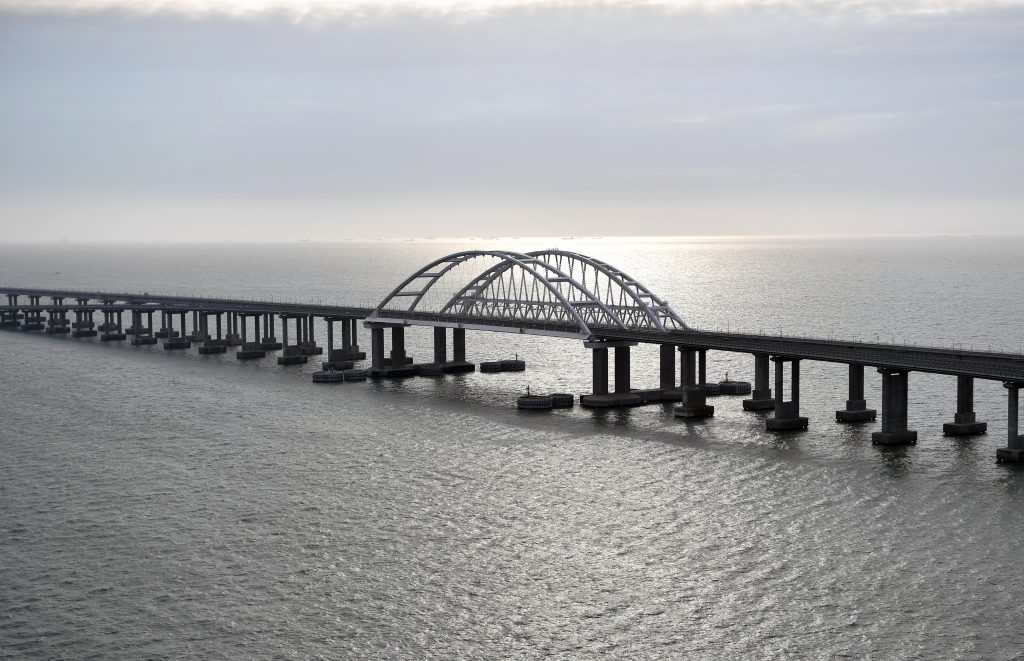 Until a few months ago, Russian President Vladimir Putin’s 2014 seizure of Crimea looked to be the pinnacle of his two-decade reign. The dramatic military takeover of the Ukrainian peninsula transformed European geopolitics. Even more importantly for Putin, it brought momentous change within Russia itself, where it created the so-called “Crimean Consensus” and generated a massive wave of public support for the Kremlin’s confrontational stance towards the Western world.

While Russian public backing for the annexation remains strong, initial euphoria had already begun to wane long before the start of the current coronavirus crisis. The sanctions-hit and stagnating Russian economy now finds itself facing the twin blows of plummeting energy prices and one of the world’s most severe coronavirus outbreaks. Meanwhile, the costs of integrating Crimea into the Russian Federation continue to rise. Nobody seriously questions Putin’s resolve to maintain control over his greatest prize, but as Crimea becomes more of a burden on the Russian state budget, it will increasingly be perceived as an expensive political liability.

Such concerns are a world away from the mood in 2014. The annexation was a geopolitical lightning bolt that electrified Russian society. The excitement generated by the military operation to seize Crimea transcended social classes and political affiliations, uniting Russians as few other events in living memory have done. Across Russia, it was hailed as an exhilarating stroke of strategic genius by all but a small minority of dissenters.

However, even amid the jingoistic frenzy of March 2014, Putin was already – whether wittingly or not – hinting at the potentially astronomical cost of his audacious land grab. Notably, Putin’s infamous March 18, 2014 Crimean annexation speech included a specific reference to the 1990 reunification of Germany. Given his extensive knowledge of German affairs, Putin would have been aware of the huge and ongoing costs of reunification for Germany, and the likelihood that Crimea would prove to be similarly expensive, albeit on a smaller scale.

Putin’s comparison between the reunification of Germany and Russia’s annexation of Crimea was obviously misleading. Crimea is not comparable to East Germany, and contemporary Russia has little in common with the West Germany of 1990. Even more importantly, the Kremlin seizure of Crimea in 2014 was an act of military aggression and manifest violation of international law, whereas the population of East Germany initially rebelled against a Moscow-sponsored dictatorship in autumn 1989 before a complex domestic and international political process led to peaceful reunification one year later.

Nevertheless, the German example can still be instructive for today’s Russia. As Germans have learned over the past three decades, the social and economic integration of new territory into an existing state is a rather expensive undertaking. The thrill of conquest delighted Russians in 2014, but it is far from clear whether the response will continue to be quite so positive once the full costs of this expansionist policy become more apparent, particularly if viewed against the backdrop of a struggling Russian economy and declining living standards.

The expenses associated with German reunification are staggering. Between 1990 and 2018, West Germany transferred approximately EUR 1.6 trillion to East Germany. Until today, there is a special “solidarity surcharge” amounting to 5.5% of a person’s income tax which is forcibly extracted from each German taxpayer. This “surcharge” is designed to support the former East Germany and remains in place almost thirty years after reunification. One wonders whether ordinary Russians will still be prepared to accept the costly financial commitments connected with Crimea once the grave socio-economic repercussions of the coronavirus crisis fully kick in.

Considerable amounts of Russian budget money have already been poured into Crimea. The largest single expense so far has been construction of the so-called Crimean Bridge across the Kerch Strait, which provides a vital physical link connecting the occupied peninsula to Russia. This constitutes an impressive engineering achievement, but it is no panacea for the numerous challenges facing Crimea and its full integration into the Russian economy.

Moscow’s generous donations to the Crimean budget are thought to have reached USD 20 billion in the five years from the annexation until 2019, and have helped to fuel significant economic growth in some sectors. However, Crimea’s main revenue generator prior to annexation, the peninsula’s tourism industry, has been hard-hit since 2014. The number of visitors from the Ukrainian mainland has plummeted, while foreign tourism from beyond the former USSR has dried up almost entirely.

Russian tourists have helped make up for this shortfall. However, with the Russian economy facing recession and strong competition for tourist rubles coming from the likes of Turkey and Egypt, Crimea’s tourism industry risks suffering permanent decline over the next few years. In the short-term, recent reports suggest that coronavirus restrictions may have a devastating impact on the 2020 summer tourism season in Crimea.

Probably the biggest single challenge facing Crimea’s Moscow-installed authorities is the peninsula’s growing fresh water shortage. Ukraine’s decision to shut off the flow of water from the Dnipro River into the North Crimean Canal in spring 2014 has left Crimea facing mounting difficulties. The peninsula has now returned to the conditions of the 1950s, a time before the canal was built when the Crimean population was significantly smaller.

The situation has now become so dire that it has led to speculation over the possibility of a new Russian military advance into mainland Ukraine in order to secure access to Dnipro River water supplies. Short of military intervention and in the absence of significant desalination facilities, it is not clear how Russia can otherwise resolve the issue. With Ukrainian public opinion firmly against any concessions regarding the supply of river water for occupied Crimea, there appears to be little potential for a political solution to this mounting ecological crisis.

From falling tourist numbers and dwindling water supplies to international sanctions and the technical difficulties of integrating the Crimean economy, the many challenges created by the 2014 annexation will all be magnified by the crisis that is current taking shape in Russia. The Russian economy was already looking sluggish prior to the onset of the coronavirus crisis and the drop in global energy prices. Many now expect the damage to be severe. As government resources grow scarcer and more Russians are told that they must do without state support, criticism of the largess bestowed upon Crimea will inevitably become more vocal.

None of this will be sufficient to convince Putin of the need to retreat from Crimea. Indeed, it is almost impossible to envisage a set of circumstances that would persuade the current Russian leader to hand the peninsula back to Ukraine. Nonetheless, the ailing Russian economy currently looks ill-equipped to accommodate the rising costs of the Crimean annexation or the long-term expenses of the peninsula’s integration. Unless Russia’s economic fortunes dramatically improve, what was once Putin’s crowning glory may come to be seen primarily as an unwelcome drain on government funds. Eventually, the final vestiges of the political capital gained by the annexation could evaporate like the last drops of water in the North Crimean Canal.

Andreas Umland is General Editor of the book series “Soviet and Post-Soviet Politics and Society” published by ibidem Press in Stuttgart. He is a Nonresident Fellow at the Center for European Security of the Institute on International Relations in Prague and a Principal Investigator for the Program on European, Regional and Russian Studies at the Ukrainian Institute for the Future in Kyiv.

When Vladimir Putin seized Crimea six years ago, he challenged the basic principles of international law. This should make Crimea a vital issue on the international agenda – but the occupied peninsula has long since disappeared from the headlines.

Image: The Crimean Bridge connecting Crimea to the Russian mainland cost the Kremlin almost USD 4 billion and entered service in 2018-19. Despite major infrastructure investment of this nature, the Russian-occupied Ukrainian peninsula is experiencing falling numbers of tourist visitors and a chronic lack of fresh water. Sputnik/Aleksey Nikolskyi/Kremlin