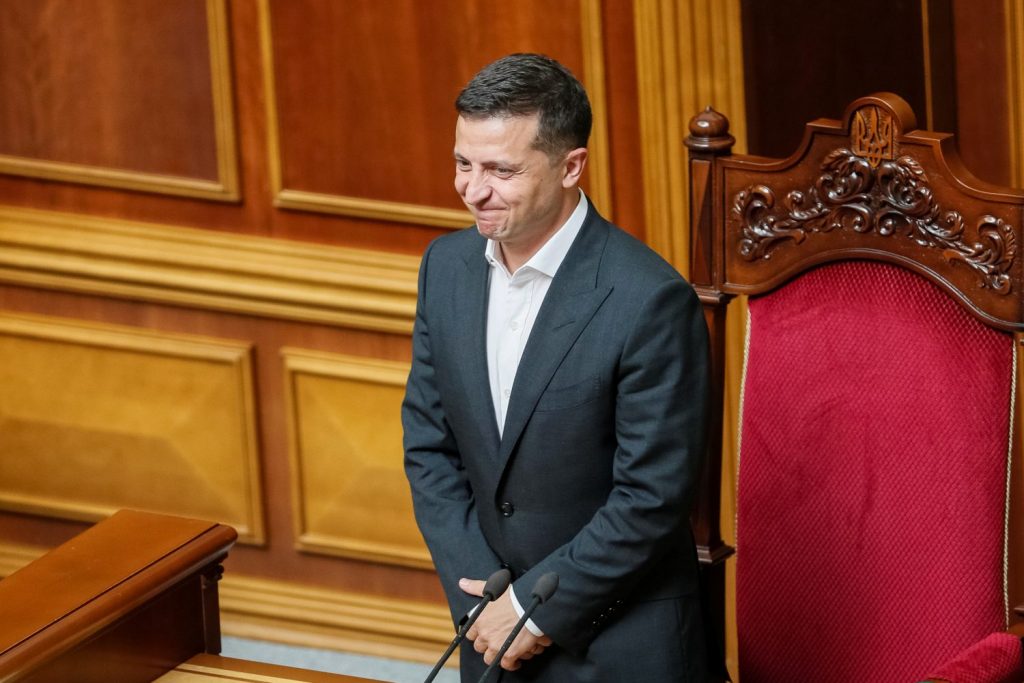 The first 100 days of Volodymyr Zelenskyy’s presidency have passed, but the “honeymoon” phase continues. Zelenskyy retains the trust of 70 percent of Ukrainians, a level which no other president has ever enjoyed. Public confidence in the success of reforms is at its highest since 2015. Investors are as hopeful as they have been in years. The expert community gives the newly appointed technocratic government good marks. Despite pre-electoral concerns in some circles, there is cautious but broadly shared optimism regarding the progress of long-delayed transformations. And yet, something is wrong with this perfect picture. The future of Ukraine’s key reform driver, its vibrant civil society, is missing and seriously threatened both by internal and external challenges.

Out of the Revolution of Dignity, strong civil society organizations committed to ensuring the implementation of the Maidan demands emerged. They operated on a broadly acknowledged mandate and represented a society united around the need for decisive social change. Now that the five-year term of the post-Maidan authorities has come to an end, experts warn that the Revolution of Dignity and its agenda can no longer serve as a unifying factor. The mission of promoting reforms alone can hardly keep civil society organizations united despite their differences.

A new risk factor for civil society is brain drain. In 2019, dozens of activists entered politics, causing a noticeable change in the civil society sector, albeit potentially strengthening the democratic legitimacy of the new parliament and the Cabinet of Ministers. Following Servant of the People’s decisive win in the July 2019 parliamentary elections, public hopes for reforms have rapidly shifted from civil society and international partners to the new political leadership.

A major threat for civil society is that the ruling political team does not seem to acknowledge its role in the policy process, demonstrating a selective approach to its members and insisting on direct communication with the public without unnecessary “intermediaries” such as civil society and the media. This may lead civil society to be marginalized and isolated from the reform process.

Another challenge to address is the state of affairs in regional civil society. Significant efforts have been made since 2014, particularly by Reanimation Package of Reforms coalition with the support of USAID/ENGAGE program and UNDP with the support of the Danish Ministry of Foreign Affairs, to catalyze coalition building among regional civil society organizations. However, an overwhelming majority of influential CSOs are concentrated in Kyiv, while regional civil society actors admit limited influence on political life and the policy process. To promote their agendas, they work through friendly local political forces and focus on the areas where they can make an impact, while avoiding areas with a negligible chance to be heard. In the 2020 local elections, many regional CSO leaders will run for office and many will win. This will create a window of opportunity for reform implementation in respective regions, albeit weakening the civic sector.

Moreover, there has been catastrophically little progress with the investigation of over 55 attacks on civil society activists committed only last year. Meanwhile, attacks and threats against activists are still too common both in and outside of Kyiv due to the lack of a proper response. In the recent weeks, several new attacks have been committed, and activists fear that pressure may intensify in the run-up to the local elections.

All these factors call for decisive action by the Ukrainian government, international partners, and civil society.

To enable ongoing interaction between the leading civil society actors and decision-makers, it is vital to create workable mechanisms for communication beyond the existing Coordination Council for the Promotion of Civil Society Development and the National Reform Council, both of which were created under former President Petro Poroshenko and mainly served as window dressing and to stall reforms. Zelenskyy’s bill envisaging people’s right to legislative initiative reinforces the need for strong communication with the non-governmental sector. But civil society is the very actor the government needs in order to develop, filter out, and implement proposals expressing the interests of the people.

Civil society’s input can be particularly valuable for the sectors where the new political team does not yet have a clear strategy and where leading CSOs possess hands-on expertise and tested solutions. These areas range from the rule of law and reintegration of the occupied Donbas and Crimea to decentralization, environmental protection, and healthcare.

As to the role of Ukraine’s international partners, it is important that they use their political capital to urge Ukraine’s new leadership to work with and even to protect civil society.

The international community should also continue to actively engage with the technocratic part of the ruling team that does not belong to the president’s inner circle and possesses limited influence on priority issues. Closely working with these actors, international partners will help them build up their legitimacy and strengthen their political image.

On the development cooperation side, international partners must prioritize institutional funding of civil society over project-based support, thus enhancing organizations’ internal capacities and decreasing their heavy dependence on foreign support, which often results in short-term planning and undue competition among civic organizations.

Civil society should rethink its identity, realistically define its mission, and decide on its role in the new political reality. Reform-minded CSOs should determine whether they see themselves as government partners, independent reform advocates, or watchdogs. Most importantly, civil society should secure a new reliable mandate. This will require broader outreach to the Ukrainian people, reinforcing its legitimacy in the society at large, as opposed to limiting its engagements to the government, media, and international community. It should also resist disintegration efforts, diversify its funding, train strong successors who will replace civil society leaders entering politics, and proactively reach out to Ukraine’s new political leadership, advocating its agenda outlined in the Toronto Principles—a framework document presented at the 2019 Ukraine Reform Conference in Toronto. Although the pro-presidential fraction Servant of the People will have a decisive role in setting the agenda and delivering on it, it is important not to limit civil society advocacy efforts to the ruling political force. As to the regional civic sector, it is critical that in the remaining year before the local elections regional CSOs focus on developing reform roadmaps and specific legislative proposals to promote if elected.

Needless to say, democracy is impossible without a vibrant civil society. It is crucial to revitalize this sector and make sure that its unique expertise is taken into account. Otherwise, Ukraine is at risk of gradually becoming yet another state with growing underrepresentation and fundamental checks and balances dismantled.