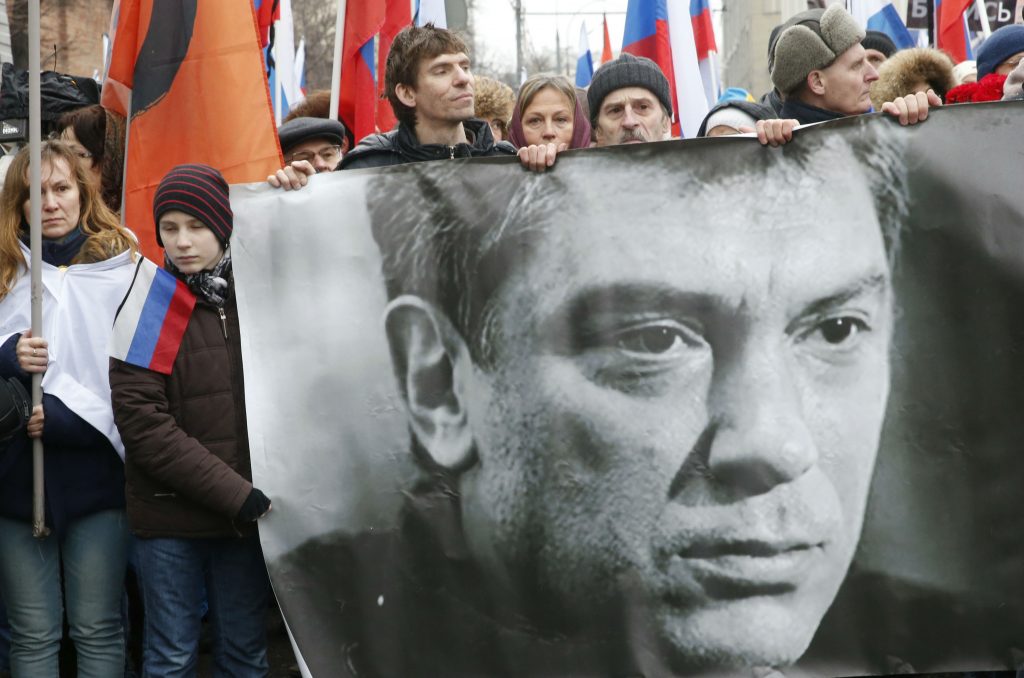 Boris Nemtsov was a good friend of mine. He was jollier and more outgoing than most. Unlike most of Russia’s reformers, he abstained from wealth, bravely choosing to live modestly as an opposition politician. He could work with anyone while maintaining good values. On February 27, 2015, he was murdered just off the Kremlin.

John B. Dunlop, a renowned historian of Russia at the Hoover Institution at Stanford University, has just published a book, The February 2015 Assassination of Boris Nemtsov and the Flawed Trial of His Alleged Killers. Dunlop meticulously describes and documents the investigation and the court proceedings over 191 pages.

The book starts with a presentation of the murder and its investigation, followed by a chapter about the trial. The remaining seven chapters offer different versions of what really happened. This structure is reminiscent of The Alexandria Quartet by Lawrence Durrell. Dunlop lets all sides speak in their own voice in long quotes. The book starts slowly and gains momentum. Nothing is what it first seems. The book’s ultimate insight is that careful study of available evidence offers great opportunities to understand what goes on in Putin’s Russia. This is Kremlinology at its best.

At first glance, the murder does not appear complicated.

Six Chechens shadowed Nemtsov for four months and one of them shot Nemtsov. Five were arrested four days later, while the sixth committed suicide when police tried to arrest him in Grozny, the capital of Chechnya. The survivors were sentenced to prison in a nine-month long court proceeding with twelve jurors and ample evidence. They had defense attorneys and Nemtsov family attorneys also participated.

Then everything falls apart. At least 19 official television cameras had coverage of the crime scene, but only a private television video is publicized. Initially, the Federal Security Service (FSB), the Federal Protection Service (FSO), and the Moscow traffic authorities implausibly claimed that their cameras were turned off and refused to offer their evidence.

Nemtsov was always shadowed by two FSB officers, but they were nowhere to be found. Numerous witnesses on the bridge where he was shot were not called. Both the FSO and the FSB had people on the spot, but they are omitted. All along evidence was withheld from the defense attorneys and they were constantly interrupted by the judge and the prosecutors. The picture becomes increasingly Kafkaesque.

In reality, the only plausible motive was that “Putin clearly hated Nemtsov,” as Dunlop puts it. Prominent Russian opposition analysts Andrei Illarionov, Vladimir Milov, and Andrei Piontkovsky all concluded that “none of Putin’s top lieutenants would have dared to kill a former Russian first deputy prime minister without receiving a nod from ‘Papa’” (p. 187).

A more intriguing drama is the interplay between Russia’s two main security services, the FSB and the FSO. The Chechen internal troops of the Ministry of Interior under Kadyrov, the commander of the internal troops General Viktor Zolotov, Putin’s most loyal subordinate, the FSO, and Putin form one camp. The other camp consisted of the FSB. The Chechens accused of the murder worked under Kadyrov. The FSB arrested three of them in Ingushetia and two in Moscow swiftly within four days, presumably having shadowed them. Yet, the FSB was not allowed to arrest more senior Chechen officials or Kadyrov.

Immediately after the Nemtsov murder, Putin disappeared for ten days, but on April 5 he appointed Zolotov a permanent member of the Security Council, abolished two major FSB entities, and formed the 400,000 men National Guard under Zolotov. Yet, six days later the FSB took revenge, amending Putin’s decree so that Zolotov no longer was a permanent member of the Security Council. Dunlop blames both the FSO and the FSB for Nemtsov’s murder, but the evidence he offers mainly incriminates the FSO, Kadyrov, and Zolotov.

The last time I met Nemtsov was in October 2014. Untypically, he was afraid that he would be sentenced to jail for several years, but we did not discuss the possibility that he might be murdered. He felt quite safe because he was always shadowed by FSB tails, but when he was shot, they stood by.

Anders Åslund is a senior fellow at the Atlantic Council. His book “Russia’s Crony Capitalism” will be published in May.

Editor’s note: The February 2015 Assassination of Boris Nemtsov and the Flawed Trial of His Alleged Killers is being distributed in the United States by Columbia University Press.

Image: People hold a banner of Kremlin critic Boris Nemtsov, who was shot dead in Moscow, Russia, on February 27, 2015. Opposition supporters march through Moscow on March 1 in memory of Nemtsov, whose murder has increased concern about Russia's future among opponents of President Vladimir Putin. REUTERS/Tatyana Makeyeva