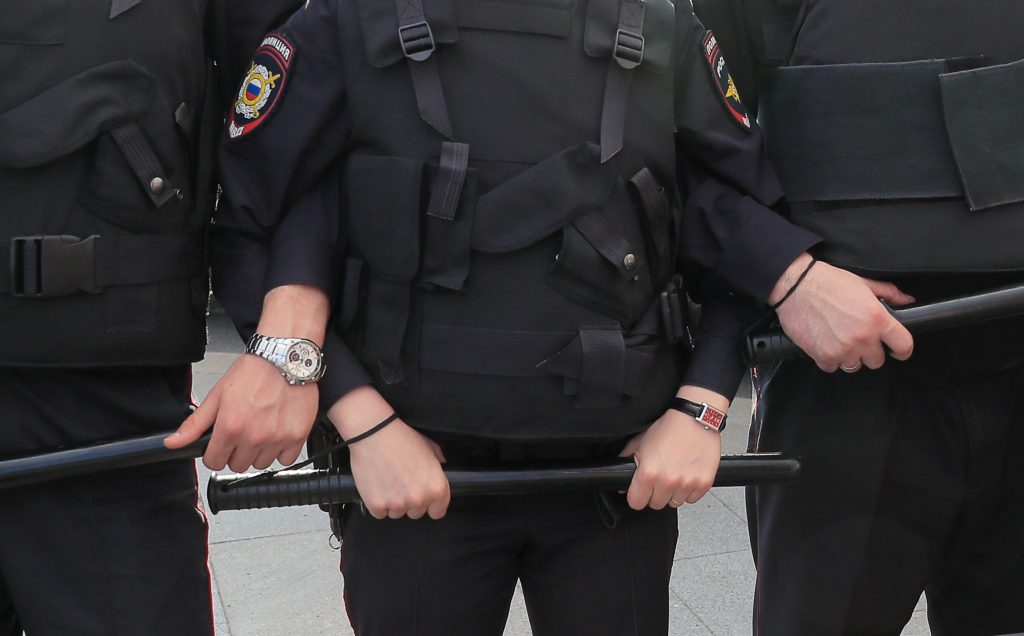 At the Normandy summit in Paris on December 9, Russian President Vladimir Putin seemed uncharacteristically reluctant to push hard against his novice Ukrainian counterpart, Volodymyr Zelenskyy, over security issues in the Donbas. Ukrainian journalists suggested Zelenskyy’s principled and assertive defense of his country’s interests had set Putin off-balance. It is more likely, however, that broader negative trends, including a poor economy reminiscent of the Brezhnev era, are the cause of Putin’s apparent caution.

The Russian leader’s underwhelming performance in Paris was part of a stuttering start to the winter season. One day before the summit, Belarus President Aleksandr Lukashenko squirmed out of an arrangement that ostensibly would have united Russia and Belarus into a single state. Meanwhile, Russia’s international image was tarnished by the World Anti-Doping Association’s blanket ban of Russian athletes competing at the coming Olympic Games under their national flag.

More significantly, the Kremlin’s gas politics are going badly. The TurkStream pipeline, which is meant to bypass Ukraine under the Black Sea, has yet to be extended to Southern Europe. To the north, the Nord Stream II pipeline under the Baltic Sea is incomplete and fast becoming entangled in legal issues including looming US sanctions. Consequently, Russia will still need to export part of its gas to Europe via Ukraine in 2020.

In Asia, the Chinese are backtracking on the Power of Siberia pipeline project, and now intend to pay European-level market prices for Siberian gas rather than the earlier contracted price. Worse still, the US and Qatar are gearing up to enter the European LNG market. This has already caused a significant fall in the price of LNG, forcing Russia to lower its price sharply. Even if some countries and international companies are inclined by market incentives to evade sanctions against Russia, these same incentives will also cause the US, Qatar and other gas exporters to expand their presence in the European market.

In other words, lower prices and volumes of Russian gas exports are poised to permanently reduce Russia’s largest source of revenue. This could push Russia’s economy from its current slow growth towards actual stagnation, leading to a downward spiral of reduced investor confidence and capital flight. Little wonder then, that Putin’s objectives at the Normandy summit included pragmatic gas deals as well as loftier notions of defending Russian-speaking Ukrainians.

There are other serious weaknesses in Russia’s heavily monopolized extractive economy. The SME sector is growing very slowly while employing less than half the number of workers (25 percent) as in Western countries. Skilled people continue to emigrate. The Gini Index of wealth distribution places Russia on a par with developing countries and on a worsening trajectory.

Despite these problems, it would be a serious mistake for Western policymakers or overly-optimistic Ukrainians to expect the Putin regime to soften or fall anytime soon. Russia has the world’s second-most powerful military and gold reserves of over $100 billion. The Kremlin has a foothold in Venezuela, expanding initiatives in Africa, and is firmly entrenched in both Syria and the Donbas. It also has an array of “hybrid” assets that reach into European capitals and as far as Washington, DC. It is anybody’s guess as to how long the country’s gold reserves could last, but it would be foolish to underestimate the regime’s ability to muddle through. After all, it took a world war to bring down a decrepit regime similar to the current one back in 1917.

In order to plan for the long term, the West needs to better understand the nature of the Kremlin and Russia. Today’s Russia is a quintessential petrostate characterized by a “social contract” between the regime and the ruled. When a natural resource is plentiful, the people “allow” the government to rule, as long as resource revenues subsidize their standard of living. The government invariably endows its corrupt oligarchy, and also uses its revenues to strengthen the coercive organs of the state. True to form, the Putin government has surrounded itself with several rings of defense, which include a National Guard created in 2016 with a broad mandate to protect public order, and a propaganda apparatus that increasingly reaches into the educational system and Russian Orthodox Church. Despite isolated public grumblings and some indications of growing discontent, the social contract is holding.

Another key characteristic of petrostates is the hollowing out of institutions. Putin has tamed the parliament and politicized the law courts, making both these bodies dysfunctional as adjudicators of conflict in case of mass movements for political reform. At the top of the pyramid, there is little reason to anticipate a palace revolt, because the oligarchs benefit from Putin’s stable rule. Even if a palace revolt did occur, reforms would be shallow and crafted for the benefit of the same oligarchy that produced the current status quo.

It should be emphasized that a mass social movement for change in Russia makes no sense either conceptually or practically. In post-Soviet countries where color revolutions have succeeded, the main motivation was national liberation, followed by the prospect of a shift towards European-style democratic norms. Modern Russia lacks the national liberation motive, while the desire for democracy is much weaker in Russian society than in Georgia or Ukraine. Crucially, Russians remain haunted by the experience of the Yeltsin era, and consequently have little confidence that a revolutionary movement would improve governance. Instead, they fear a loss of stability and a collapse into chaos. This makes the prospect of a Moscow Maidan unappealing to a decisive majority of Russians.

It is impossible to entirely rule out localized bread riots or larger scale discontent. However, any such outbursts would likely run out of steam and could be handled by the regime without undue difficulty. The Kremlin already has the tools in place to do so and continues to strengthen its position domestically in this regard. The Putin era has witnessed the steady constriction of civil rights, most recently expressed in a law that allows the government to disconnect local information servers from the global internet. This gives a good indication of the Kremlin’s resolve to maintain its firm grip on society despite the evolving challenges of the Digital Age.

The West is fated to deal with this authoritarian Russian model for the foreseeable future. Its weaknesses are apparent, but nobody should underestimate its strengths. While Putin did not push hard at the Normandy summit, he not concede anything either. It will take a lot more than some minor geopolitical setbacks and shrinking gas revenues to make him less obdurate. Meanwhile, Russia itself is condemned to indefinite stability.

Dennis Soltys is a professor in the department of public administration and international development at KIMEP University in Almaty, Kazakhstan.