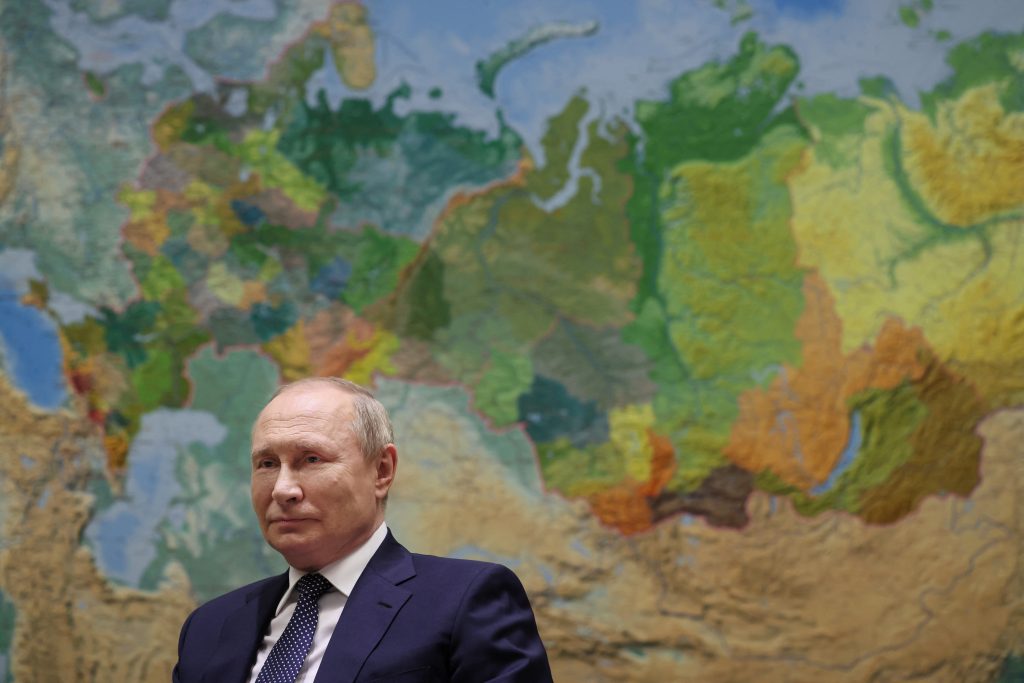 When EU leaders meet on June 23-24, Ukraine will be at the very top of the agenda. The forthcoming European Council Summit is expected to adopt a decision on granting Ukraine EU candidate country status, a key step on the long road toward eventual membership of the 27-nation bloc.

There is a growing sense of optimism in Kyiv that a breakthrough may finally be imminent. The European Commission announced on June 17 that it recommends candidate status for Ukraine. During a visit to the Ukrainian capital one day earlier, the leaders of France, Germany, Italy and Romania all voiced their support for Ukraine’s bid.

Although the political momentum now appears to favor candidate status for Ukraine, there are still signs of skepticism over the suitability of the step. Some critics question whether Ukraine has done enough in its fight against corruption to warrant the move, while others note the European Union’s more pressing internal priorities or point to the existing queue of candidate nations waiting for progress in their own EU membership bids.

For many in the skeptic camp, one of the most powerful arguments against granting Ukraine candidate status is the suggestion that it would be seen as provocative by Russian President Vladimir Putin. They claim it could further complicate efforts to end the war sparked by Russia’s February 24 invasion of Ukraine. This fear of provoking Putin represents a dangerous misreading of the geopolitical situation that plays directly into Russian hands.

In reality, there is nothing more likely to encourage further Russian aggression than decisions driven by a desire to avoid provoking Putin. Today’s uncertainty about Ukraine’s future is a key factor allowing Putin to dream about reoccupying the country. It emboldens the Russian dictator and encourages him to continue the war while believing he can end Ukrainian hopes of European integration and force the country back into the Russian orbit.

Ukraine has learned from bitter experience that efforts to avoid provoking Putin have a tendency to backfire disastrously. When Volodymyr Zelenskyy won the Ukrainian presidency in spring 2019, he initially went out of his way to avoid anything that might have been construed as provocative as he sought to end the simmering conflict in eastern Ukraine.

During his first eighteen months as president, Zelenskyy studiously avoided direct references to Russian aggression or occupation. He also made a number of practical concessions to the Kremlin including unilateral troop withdrawals. Far from responding in kind, Moscow began the mass distribution of Russian passports in occupied eastern Ukraine while strengthening its military grip over the region.

More recently, the Ukrainian delegation attending peace talks with Russia in Istanbul in late March 2022 announced its readiness to abandon Ukraine’s strategic objective of NATO membership. Russia responded to this key concession by launching a major new offensive in eastern Ukraine and declaring its intention to incorporate entire occupied regions of southern Ukraine into the Russian Federation. Once again, Putin made clear that he views any efforts to be unprovocative as signs of weakness.

Europe’s own experience should be sufficient to dispel any myths over the alleged benefits of appeasing Putin. In 2008, European leaders were instrumental in denying Ukraine and Georgia NATO Membership Action Plans for fear of angering Putin. Within months, Russia invaded Georgia. Fourteen years later, around 20% of the country remains under Russian occupation.

When Russia invaded Crimea and eastern Ukraine in spring 2014, Europe once against hesitated. Rather than imposing tough sanctions that might have forced Moscow to rethink its position, European leaders favored policies of compromise while warning about the possibility of further escalations. This directly paved the way for the full-scale invasion of February 2022 and the largest European conflict since WWII.

There is no excuse for continuing to repeat these mistakes. It is time to recognize that only clear and resolute support for Ukraine’s European integration can deter Russia from pursuing a revisionist and expansionist foreign policy.

Giving Ukraine candidate status would send a powerful signal to Moscow that Ukraine is not alone. It would demonstrate that the desire of the Ukrainian people for a European future is matched by the members of the European Union itself. The European public is particularly supportive of this step. According to recent polling data, there is strong backing in France, Germany, and the Netherlands for candidate status “as soon as possible”. Among those who have made up their mind, the idea enjoys support from more that 60% in all three states.

Conversely, rejecting Ukraine’s bid would be an historic mistake that would only increase Russia’s appetite for further military aggression. Any EU compromise would be a powerful propaganda victory for the Kremlin. It would be used to demoralize the Ukrainian population and strengthen Putin’s claims that Ukraine’s natural place is within the Russian sphere of influence. This would also weaken the European Union as a whole by creating the impression that Moscow enjoys an unofficial veto over important EU decisions.

It is now clear that policies driven by a misguided fear of provoking Putin have in fact provoked Europe’s biggest war since the days of Hitler and Stalin. Continuing along the path of appeasement and compromise will only make the problem worse. Instead, Europe must demonstrate the kind of strength that Russia understands and respects. Granting Ukraine EU candidate status without any preconditions would be a major step in the right direction.