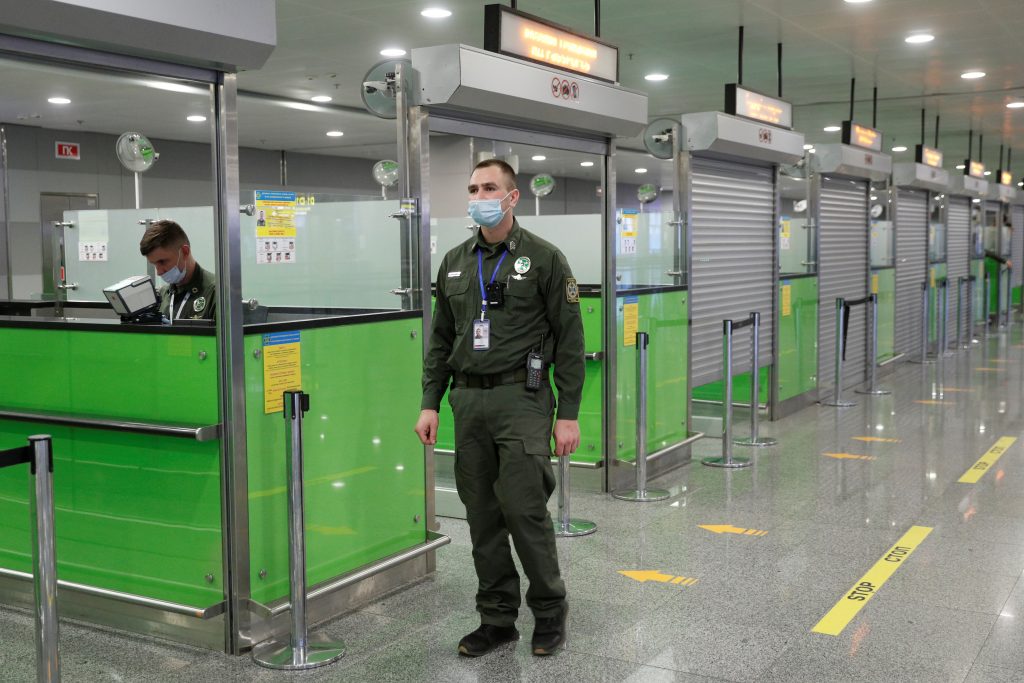 Refugees in Ukraine face an uphill battle when it comes to being welcomed into their host communities. Not only do they struggle to obtain legal protection in Ukraine, but even those that do achieve long-term legal presence in the country continue to face obstacles to local integration. If Ukraine were to invest more in refugee resettlement programs on the front-end, the country as a whole would inevitably benefit in the long run.

Refugee resettlement in Ukraine is largely done on an ad hoc basis—individuals and families bring themselves to the country as students, as tourists, by irregularly transgressing the border, or by a variety of other pathways. They then present themselves to the State Migration Service and make a formal claim as an asylum seeker. Such a process is not considered illegal under Ukrainian law so long as the individuals have not overstayed their legal presence in Ukraine or, for those who crossed the border irregularly, so long as they make their claim immediately upon entering the country.

Despite these legal protections, human rights advocates say access to the procedure is often blocked from the start. “The border guards sometimes refuse to accept asylum claims and they deport people before anyone even knows they’re here,” says Aleksandra Lukianenko, a lawyer with the human rights organization Right to Protection.

However, for those who do get past this first hurdle, many additional obstacles remain.

Ukraine has a formal legal procedure which attempts to assess the validity of each asylum claim. This process often takes years, if not decades, trapping people in legal limbo where they cannot legally work or access social services. In the end, the vast majority of claimants are still rejected.

UNHCR, the UN’s refugee agency, reports that each year only about 100 individuals are granted protective status in Ukraine, while more than 6,000 individuals await a decision. The State Migration Service disputes this total, suggesting in 2019 that there were only 2,400 such individuals in the country.

For those few whose claims are deemed valid, they are granted one of two protective statuses: refugee status or complementary protection status. Throughout the history of independent Ukraine, only about 6,000 foreigners have ever achieved either status, and 5,000 of those are now Ukrainian citizens. Those whose cases are rejected either leave Ukraine, remain illegally, or appeal their case and continue in legal limbo.

This argument is based on the supposition that individuals only apply for asylum in Ukraine so they can be legally present in the country while they figure out a way to cross into Ukraine’s wealthier EU neighbors. While this is certainly possible, it’s unclear how prevalent it is. Human rights advocates say it doesn’t make sense for the majority of cases and over-assumes an unlikely knowledge of Ukraine’s laws.

Lukianenko argues that logistically it doesn’t make sense to come to Ukraine only to seek entrance to the EU. “A lot of people arrive here at the airport in Kyiv. Why would someone take a flight from Afghanistan to Ukraine just to walk to Germany? They could have flown to Germany,” she says.

Reliable data on how asylum-seeking individuals arrived in the country remains incomplete.

Lukianenko also points out that most asylum seekers in Ukraine come from countries riddled with conflict or well-established human rights abuses. 40% of Right to Protection’s current caseload are individuals from Afghanistan, Tajikistan, Russia, and Bangladesh. “People go where they know they will be safe, and they go where they have some connection,” she says.

It is worth noting that under Ukrainian law, an asylum application is immediately deemed invalid if the applicant under review attempts to leave the country.

While it remains uncertain what percentage of individuals are legitimately seeking protection in Ukraine, it is a safe assumption that individuals are not coming to Ukraine for access to social support services. Support services even for legally acknowledged refugees are virtually nonexistent in Ukraine. They receive nothing for housing assistance, food, or clothing.

Some non-profit organizations distribute what limited donations they come across, but there is no governmental assistance; nor is there a robust network of donors. Thus, refugees cling together in small communities and rely on one another for survival.

Mahamud, a Somali refugee living in Kyiv, says that refugees live in small, over-crowded apartments and work where they can to survive. “The majority of refugees work under the table doing what odd jobs they find. No one can meet their monthly rental obligations alone,” he says. “We know this could be a hazardous living situation during the coronavirus pandemic.”

The support services for refugees in Ukraine pale in comparison to those in countries like the US. American policymakers have largely continued bipartisan efforts to invest in these programs for decades. Advocates claim this is because they have proved time and again to be a low-cost, high-value investment for the country.

Refugees in the United States are paired with a local resettlement agency funded by a mix of the Department of State, the Department of Health and Human Services, and an established network of private donors. These local agencies secure items like housing, food, furniture, and other essentials on behalf of the refugees. Their assistance programs usually last between two and six months depending on need, and are designed toward building self-sufficiency. In particular, this means refugees are supported and pushed toward finding employment.

The reason for the broad bipartisan support in the US, excepting the current Presidential Administration, is because refugee programs are widely regarded as both a humanitarian and economic success. Refugees often fill labor gaps in their new home countries. In the long run, they pay more in taxes into the system than they receive during the initial resettlement period.

In a country like Ukraine, with its persistent labor shortages, this could be smart policy. But human rights advocates say that the barriers to integration go beyond the lack of public funding for social services. “One important step is to educate the public about refugees’ rights here in Ukraine. People are generally welcoming, and many businesses say they would be willing to hire a refugee, but they don’t understand the laws and they’re afraid they might be doing something wrong if they hire someone from, say, Afghanistan or Somalia, even if they have really valuable skills,” says Lukianenko.

In some countries, welcoming refugees and giving them a chance to succeed is widely regarded as a win-win. In Ukraine, it is likely that getting the public on-board is a necessary precursor to any viable progress.

Eric Fritz is a Project Manager with Right to Protection based out of Kyiv.

Ukrainians go to the polls on October 25 to vote in local elections that promise to serve as the first major electoral test for President Zelenskyy since he and his party swept to power last year.

In 2019, political newcomer Volodymyr Zelenskyy and his party won historic election victories based largely on the appeal of promises to eradicate corruption. Just over one year later, these efforts are backsliding and in danger of ending entirely.