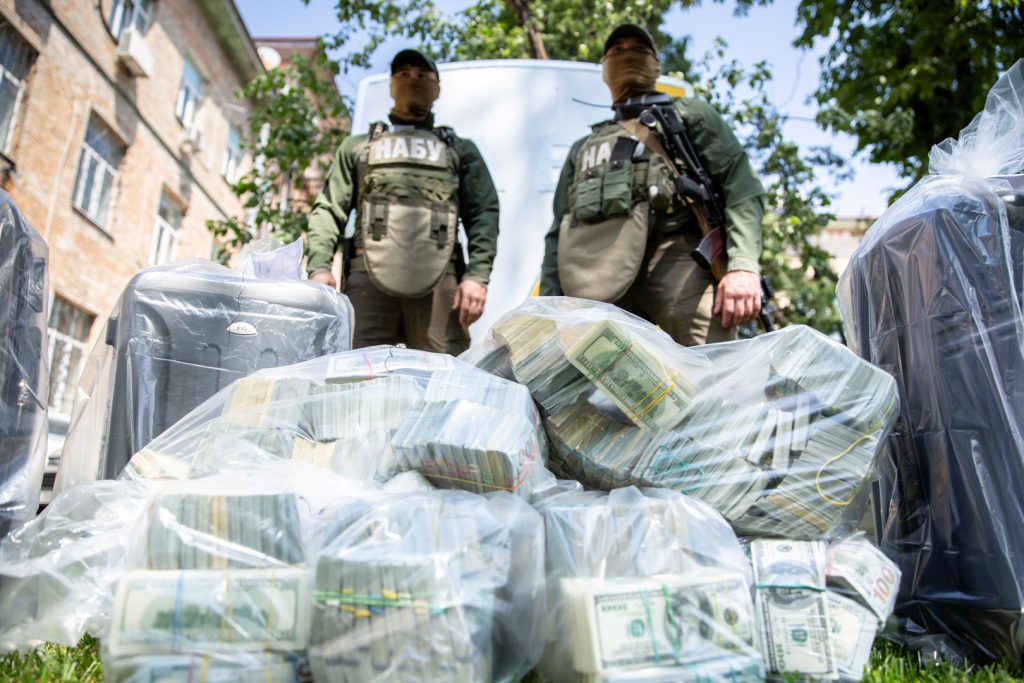 In 2019, political newcomer Volodymyr Zelenskyy and his party won historic landslides in Ukraine’s presidential and parliamentary elections. This success was based largely on the appeal of promises to eradicate corruption. The fledgling Zelenskyy government already had public support and two independent institutions in place to help achieve this goal: The National Anti-Corruption Bureau (NABU) established in 2015, and the High Anti-Corruption Court launched in April 2019. It appeared that, at last, the country’s notorious legal system could begin to punish corrupt individuals.

Just over one year later, these efforts are backsliding and in danger of ending entirely.

In fall 2019, a judicial reform initiative backed by both the president and parliament was blocked by the 20 members of the High Council of Justice, some of whom have been charged with corruption. Until reforms take place, this Council operates as a law unto itself and has unchecked authority to review laws as well as to discipline, replace, and select judges in all courts. The blow was a setback to judicial reform while illustrating the need for sweeping changes.

Emboldened by this victory, the juridical backlash spread. During summer 2020, judges have made a series of decisions that threaten to destroy NABU, the High Anti-Corruption Court, and the country’s bank nationalization scheme that rescued its financial system from predatory oligarchs.

The first assault began in July when 49 parliamentarians asked the Constitutional Court to declare unconstitutional the creation of the High Anti-Corruption Court.

In August, the Constitutional Court declared unconstitutional the 2015 appointment of Artem Sytnyk as director of NABU. The ruling was dismissed as “politically motivated” by NABU officials. Nevertheless, it has left the agency in legal limbo and placed other key aspects of Ukraine’s post-2014 reform agenda in doubt.

Sytnyk has described the attempt to liquidate the High Anti-Corruption Court in stark terms. “We have come very close to the point of no return,” he commented.

In a recent interview, he also described the sabotage and harassment techniques leveled for years against anti-corruption officials such as himself. For example, after corruption charges have been announced, “they [anti-reform forces] immediately start putting pressure on experts. There are a lot of threats against people who are investigating at NABU and the Anti-Corruption Prosecutor’s Office. Very few people are willing to take certain risks because they do not feel protected. And this is a problem.”

There was more bad news for reformers in early September when the Kyiv Administrative District Court ordered PrivatBank to pay USD 350 million to two associates of the bank’s previous owners, Ihor Kolomoiskiy and Gennadiy Boholyubov, who have been charged with pilfering billions from bank depositors in multiple jurisdictions. The bank, and others, had been nationalized to protect the Ukrainian banking system at the urging of the International Monetary Fund. PrivatBank lawyers said the bank will appeal the decision.

The seriousness of this PrivatBank ruling cannot be overstated. In a social media post, Ukrainian Justice Minister Denis Malyuska branded it “one of the biggest judicial transgressions in Ukrainian history.” Meanwhile, former Finance Minister Alexander Danilyuk called the decision “the beginning of the collapse of the results of the nationalization of PrivatBank” and warned that if lawsuits are not stopped, they could cost Ukraine’s government billions of dollars.

These setbacks highlight the need for dramatic personnel changes within the court system. However, efforts to purge the Ukrainian legal system have repeatedly been undermined as jurists close ranks. In 2019 and 2020, NABU charged a number of judges with corruption and obstruction of justice, but have been unable to get a court to hear the case. Likewise, the Prosecutor General’s Office has tried but failed.

This is Ukraine’s moment of truth.

President Zelenskyy must take on the country’s legal cabal. Judicial reform legislation must be re-introduced and the support of the IMF, the West, donors, and the public must be elicited. The courts cannot continue to veto reforms.

Vitaliy Shabunin, who is one of the leaders of Ukraine’s Anti-Corruption Action Center, recently stressed the importance of international support for judicial reform. “Zelenskyy has not given up, but must re-introduce the judicial reform bill with a memo from the IMF which describes clearly what kind of judicial reform is required in order to continue to receive its support. People hope he will try to move this mountain and the IMF must get involved,” he commented.

This truly is a mountain because, as Bohdan Vitvitsky argues, the problem is systemic and deeply entrenched. Vitvitsky is a former Prosecutor with the US Department of Justice who served as Resident Legal Advisor at the US Embassy in Ukraine. “The original sin of Soviet “legality” was Lenin and Trotsky’s fundamental divorce of legality from the pursuit of justice as fairness, and the subordination of “legality” to the needs, wants, or whims of those in power,” he wrote in 2019. “They created the instrumentalization that resulted in a system of legalized lawlessness.”

In order to establish rule of law in today’s Ukraine, the first step would be to remove the 20 members of the High Council of Justice, which controls Administrative, Supreme, and Constitutional Courts, and appoint jurists of proven integrity, credentials, and experience in countries with the rule of law. Then, and only then, can the culling of the judiciary began, a process which Shabunin believes could be very rapid, taking months, not years.

Failure is not an option. The perpetuation of crooked courts will eventually cost Ukraine its IMF and Western support. Ukrainians will remain poor, investors will boycott, and the country will slip back under the control of oligarchs and shadowy Russian forces.

Belarus’ dictator has turned to Russia to help overcome unprecedented protests against his 26-year reign—but the price of Kremlin backing may be the loss of control over the Belarusian economy.

Image: Officers from Ukraine's National Anti-Corruption Bureau (NABU) stand next to plastic bags filled with seized US dollar banknotes following a June 2020 probe into alleged bribery of state officials. A number of controversial court rulings in summer 2020 have placed the future of NABU and other key Ukrainian anti-corruption institutions in question. (Press Service of the National Anti-Corruption Bureau of Ukraine/Handout via REUTERS)