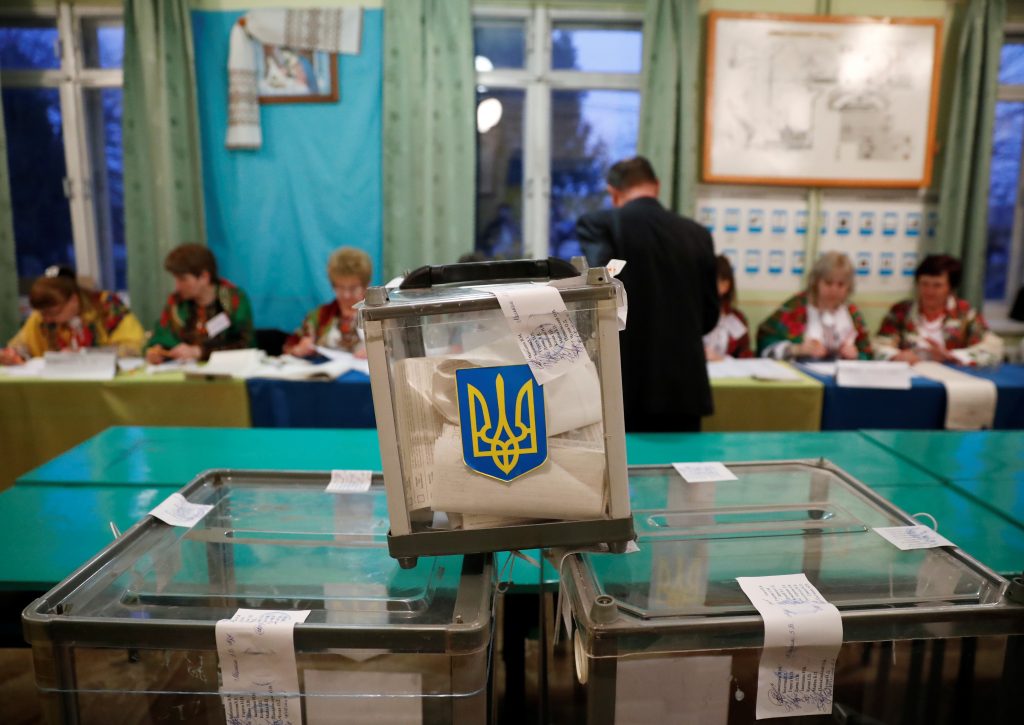 Ukraine is set to hold nationwide local elections on October 25, with runoff elections scheduled for three weeks later. With Ukraine experiencing a potential second wave of Covid-19 and ongoing confrontation with Russia in the Donbas, here are five predictions at the start of the campaign.

First, the elections will be held, regardless of a worsening of the Covid-19 situation. The Zelenskyy administration is determined to demonstrate to the international community that Ukraine’s democracy is healthy, and holding these elections in a democratic manner is a key part of that goal.

While Ukraine’s Covid-19 cases have risen gradually since the lockdown ended in June, the mortality rate has continued to remain relatively low. In addition, the Central Election Commission is actively working to prepare staff and polling stations to ensure that the elections move forward in a safe manner.

Montenegro, despite having one of the highest Covid-19 rates in all of Europe, was able to successfully hold elections on August 30 with appropriate social distancing and personal protective equipment in place. If NATO’s tiniest member can hold elections during a Covid 19 wave, then NATO aspirant Ukraine will also find a way to hold these elections as scheduled.

Second, the Donbas remains problematic due to Russian aggression, but elections will go forward on Ukrainian-controlled territory as planned. It is important for the Zelenskyy administration to show that the security situation in the Donbas is improving. Given that Zelenskyy’s predecessor Petro Poroshenko held two elections amid active hostilities in the Donbas, Zelenskyy cannot afford a failure on this front. In the worst-case scenario, a few cities may have their elections temporarily postponed, but the vast majority of non-occupied eastern Ukraine will vote on election day along with the rest of the country.

Third, the ruling Servant of the People party will get the most votes and seats on local councils in the election. The ruling party has traditionally done so throughout Ukraine’s independent history. What remains to be seen is the level of support the party will receive. If the local elections had indeed been “rebooted” as the Zelenskyy team wanted last year, support would likely have been strong.

Now, however, public opinion has shifted and around 70% of voters think the country is on the wrong track. Meanwhile, the president’s own approval rating has crossed the Rubicon into slightly negative territory.

The new election system strengthens political parties and Servant of the People will benefit from this during the coming elections. Nevertheless, both of Ukraine’s main opposition parties (Poroshenko’s European Solidarity and the pro-Kremlin Opposition Platform – For Life) have been revitalized. Public disappointment with the current authorities will play a role in increasing support for those opposition forces in October.

Fourth, incumbent mayors will win re-election in most major cities. It is ironic that, following a year of “change” which saw dramatic shifts in the Ukrainian political landscape via presidential and parliamentary elections, 2020 will turn out to be a year that favors incumbents.

The only real question is whether big city mayors will win without requiring a second round runoff.

Under Ukrainian law, a candidate for mayor must receive over 50% in the first round or face a runoff with the second-placed candidate three weeks later. The two incumbents who currently look to have the best chance of winning without a runoff are Gennadiy Trukhanov in Odesa and Gennadiy Kernes in Kharkiv.

“All politics is local,” as former US Speaker Tip O’Neill observed. Despite corruption charges and numerous court cases, these two incumbents have shown they are effective city managers in delivering basic services. Both are running separately from the major parties and using their own local parties as vehicles.

Current Kyiv mayor Vitaliy Klitschko is the clear front runner in the Ukrainian capital. While polls do not show him winning in the first round, he is presently ahead of a multitude of challengers jockeying for the chance to square off against him.

In Lviv, long-serving mayor Andriy Sadoviy initially planned to retire this year at the end of his third term, but is now seeking to continue. He is a heavy favorite to win, albeit in two rounds.

The situation is similar elsewhere with Filatov in Dnipro and Buryak in Zaporizhia. Rivne is one of the few regional centers where the incumbent is retiring and a crowded field of mostly former officials are competing to become mayor.

Notably, none of these incumbents have joined Zelenskyy’s Servant of the People party. Instead, they are running (mostly) with their own small regional parties. That is not to say that Servant of the People won’t win the mayoral races in any Ukrainian cities, but at the moment their chances in the biggest cities look to be between slim and none.

Fifth, partly because of the fact that Servant of the People looks set to lose out on the top positions in Ukraine’s major cities, a cabinet shakeup is likely before the vote on October 25. The firing of a few ministers is expected. We could even see a more extreme scenario with the sacking of the whole government, but this will fail to alter the outcome of the local elections in any substantive manner.

Local elections are about local issues and the identity of new ministers in Kyiv can hardly affect the situation in Ukraine’s biggest cities, especially with any potential changes coming so close to election day. Decentralization has shifted powers decisively to the local level, and reshuffles at the national level are unlikely to impact the outcome of October’s vote.

Brian Mefford is the Director of Wooden Horse Strategies, LLC, a governmental-relations and strategic communications firm based in Kyiv, Ukraine. He is a senior non-resident fellow at the Atlantic Council.

Image: Ukrainians go to the polls on October 25 to vote in local elections that promise to serve as the first major electoral test for President Zelenskyy since he and his party swept to power last year. (REUTERS/Kacper Pempel)