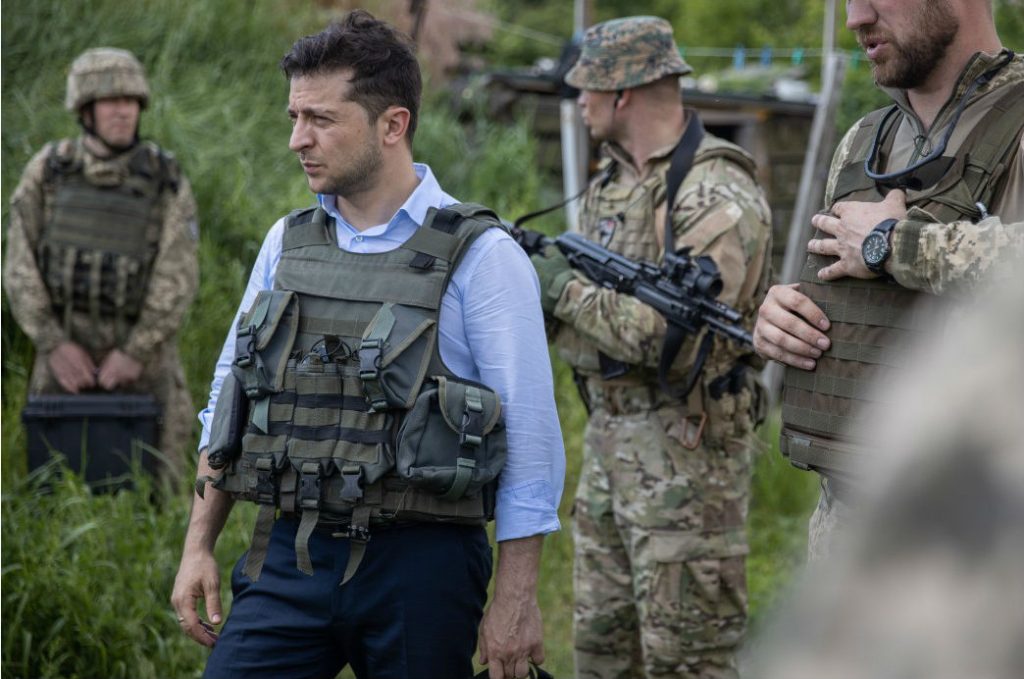 President Volodymyr Zelenskiy must distance himself from recent statements by oligarch Ihor Kolomoisky that Ukraine should default on its IMF commitments, said wealthy and established Ukrainian businessman Mohammed Zahoor.

“He should have the balls to say this openly,” said Zahoor, former owner of the Kyiv Post, in an interview yesterday. “He must personally and strongly say that Kolomoisky is a detached oligarch and has nothing to do with us. We are running our own government and he’s not involved in any way.”

Kolomoisky made his controversial remarks recently in an interview with The Financial Times. The next day, key Zelenskiy team member, former Finance Minister Oleksandr Danyliuk, dismissed the oligarch’s comments about the IMF.

Zahoor said it wasn’t enough. “Zelenskiy himself must do this,” said Zahoor. “This is because the business community and foreign investors are worried now that Kolomoisky has returned to Ukraine and started to speak out like this. If only once Zelenskiy personally undermines Kolomoisky, and whatever he’s saying, then the weight of his words will fade away. Now everyone thinks that Kolomoisky is behind Zelenskiy.”

Zahoor is a successful Pakistani-born businessman who owned the Kyiv Post for years, the English language newspaper that has crusaded for more than twenty years on behalf of democracy, the rule of law, free markets, and western integration. He spoke at length about the mood of the country, and its business community, as well as what he believes the oligarchs are up to.

“My impression is that these guys are not going to give it up at all unless some of those are sent to jail for a long time,” he said. “For instance, Kolomoisky has just returned which is alarming to me and everybody else because he was not here for years.”

“Nobody’s happy with his appointment so openly which looks like he needs to comfort Kolomoisky,” said Zahoor. “He has a conflict of interest because Kolomoisky is fighting the government to get back his bank or to get billions in compensation. And here his lawyer is in the government.”

Rumors are that US Special Representative Kurt Volker criticized this appointment behind closed doors. (The US currently does not have a US Ambassador in Kyiv, and Volker was in town for Zelenskiy’s inauguration.)

But if Zelenskiy proves he’s not Kolomoisky’s puppet or connected in any way, he could do a great deal of good, said Zahoor.

So far, the polls for the parliamentary elections show that Zelenskiy’s party will get roughly 40 percent of votes. With another 10 percent support, he will control parliament. Compatible coalition prospects include Yulia Tymoshenko’s Fatherland party at 9.6 percent; former Minister of Defense Anatoliy Hrytsenko at 4.3 percent; and Voice led by famous singer Svyatoslav Vakarchuk.

“Ukrainian people are romantic people so they are in the mood of romance and right now they love Zelenskiy. I’m thinking Tymoshenko may be the next prime minister; she’s backing him up in everything he says. She might consider going together with others,” he said. “But she was not a good prime minister before. But if she’s changed, that’s different.”

If Zelenskiy gets control over the parliament, then the judges and prosecutors must be culled, and he must go after the culprits.

“If he does not put them in jail, and confiscate their properties and bank accounts, then everyone will think there aren’t any real changes and keep on looting the country,” said Zahoor. “Putting one high-profile person—Kolomoisky for instance—in jail will send a huge signal to foreign investors and Ukrainian businesses and individuals, big or small.”

Other priorities include stopping the theft of billions by customs officials at the entry points, and commencing actions against those, like former President Viktor Yanukovych, who have stolen $60 billion or $70 billion from the country.

Zelenskiy must also clarify his 5 percent amnesty policy—designed to bring capital back to the country. “If Yanukovych came back to claim this, people would not accept it. This must be clarified so that people who have sold the country off to Russia or whoever cannot come back and get away with it,” he said.

Turning around Ukraine will be a daunting task that can only be tackled by a team of people.

“We have one person, Zelenskiy, who puts the country ahead of his interests. Now he has to find a team of such people,” he said. “Ukraine has only had leaders and officials who put their interests ahead of Ukraine’s.”