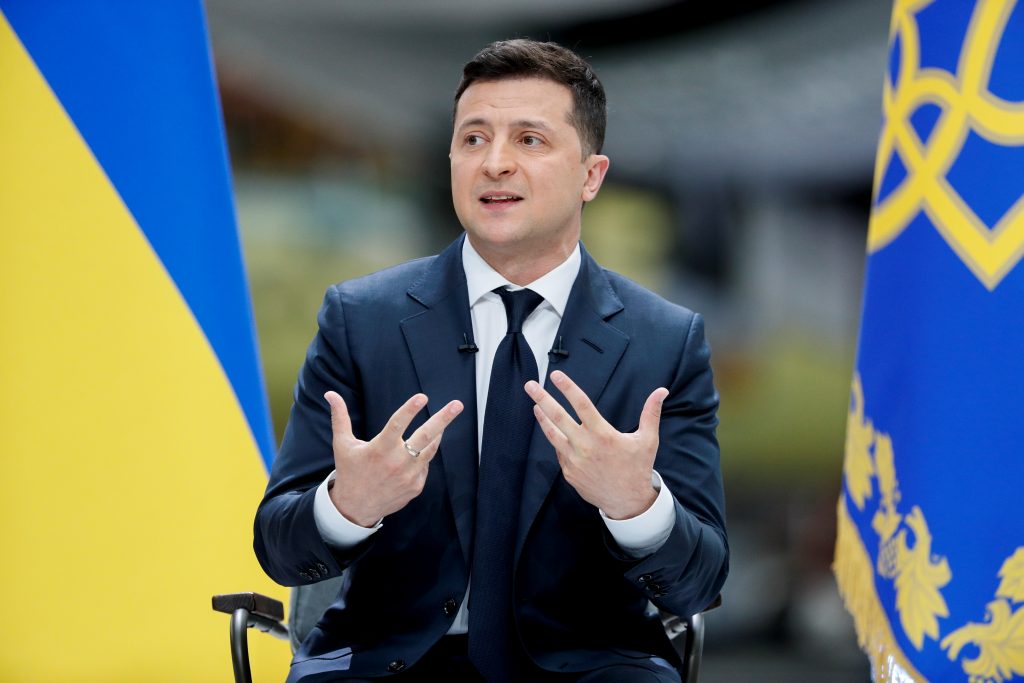 Seasoned Ukraine watchers raised a sceptical eyebrow two years ago when Volodymyr Zelenskyy swept to a landslide victory in the country’s presidential election. Despite pitching himself as the ultimate outsider intent on breaking the power of the country’s corrupt oligarchic elite, Zelenskyy’s campaign depended heavily on the backing of Ihor Kolomoisky, arguably Ukraine’s most controversial oligarch of all.

During the campaign, Zelenskyy appointed Kolomoisky’s personal lawyer as a key adviser, travelled abroad to confer with the then-exiled Kolomoisky on multiple occasions, and benefited from the enthusiastic endorsement of Kolomoisky’s media empire. Unsurprisingly, many viewed Zelenskyy as Kolomoisky’s candidate.

Not much has happened in the two years since to force a change in that assessment, even as Zelenskyy revives his commitment to “deoligarchisation” in a bid to boost his flagging popularity.

Kolomoisky was put on the US sanctions list earlier this year over allegations of corruption but remains apparently untouchable at home. He has not yet regained control of Privatbank, nationalised in 2016 after alleged fraud left USD 5.5 billion missing from its balance sheet. But nor has Zelenskyy succeeded in recovering those assets, as demanded by the IMF.

Meanwhile, government officials deemed a threat to Kolomoisky’s interests have been removed from their posts, including the Prosecutor General, Ruslan Ryaboshapka, who was pursuing an investigation of the oligarch, and the Governor of the National Bank of Ukraine (NBU), Yakiv Smolii. Zelenskyy’s first prime minister, Oleksiy Honcharuk, became another casualty after he tried to loosen Kolomoisky’s control of a state-owned electricity company.

Hints of the president’s continued personal connections to the oligarch were highlighted again in February 2021 when Zelenskyy breached Covid lockdown restrictions to celebrate his birthday at a private party hosted at the home of Kolomoisky associate Timur Mindich.

Zelensky’s actions as president suggest that his approach to countering the influence of Ukraine’s oligarchs may be selective at best. The draft law that forms the centrepiece of his recently unveiled deoligarchization policy sets out a definition of “oligarch” covering wealth, influence, and asset ownership that some suspect has been framed specifically to exclude Kolomoisky from its terms.

Instead, the main focus seems to be on Zelenskyy’s political enemies. Putin ally Viktor Medvedchuk, who is currently under house arrest on suspicion of treason, is an easy target because his role as a proxy for Russian interests makes him domestically unpopular. Another key target of Zelenskyy’s anti-oligarch rhetoric appears to be his predecessor and main political rival, former Ukrainian president Petro Poroshenko, who has also become the subject of a criminal investigation.

Meanwhile, Kolomoisky is accused of helping Zelenskyy settle scores and undermine potential challengers. One of these is Vitaly Klitschko, the former world heavyweight boxing champion and current Mayor of Kyiv who is often cited as a potential future rival presidential candidate after comfortably securing re-election in the Ukrainian capital last year.

Klitschko has become a persistent thorn in Zelensky’s side, frequently criticising the President’s handling of the Covid crisis, including his faltering vaccine programme. Klitschko even tried to organize an independent vaccine purchase from the city budget.

Kolomoisky’s media outlets have stepped up their attacks on Klitschko, while friends and allies of the mayor have become the targets of police investigations. Klitschko himself complained about harassment after armed officers from the Security Service of Ukraine (SBU) raided his apartment building in May.

Kolomoisky may also have played a role in helping Zelenskyy undermine Klitschko’s role as head of the Association of Ukrainian Cities. Dnipro Mayor Boris Filatov and his ally Gennady Korban, both old Kolomoisky associates who are now reconciled with the oligarch after earlier falling out with him, were recently instrumental in helping the Presidential Administration set up a rival organization of local municipalities from which Klitschko is excluded. Commentators see the initiative as an effort to neutralize Klitschko’s influence at the national level and possibly position Filatov as a future “technical candidate” to draw support away from the Kyiv Mayor ahead of Ukraine’s next presidential election.

The risk that arises from Kolomoisky’s apparent continued influence over Zelenskyy is not only to the quality of Ukrainian democracy. It also poses questions about the durability of economic reform in the country and the fight against corruption.

Kolomoisky’s desire to take back control of Privatbank, which is now being prepared for privatisation, is undiminished. Changes made by Zelenskyy to the leadership of the NBU last year risk weakening its independence over matters of banking supervision to the point where Kolomoisky’s ambition becomes achievable. If so, Ukraine will have taken a major step backwards.

Zelenskyy’s relationship with Kolomoisky should be seen as the most important test of his sincerity in achieving the deoligarchization of Ukraine. It is only by breaking decisively with his patron that Zelenskyy can make good his promise to the people of Ukraine to “destroy the traditional oligarchic order and replace it with a fairer system that will allow Ukraine to flourish.” Anything less would represent little more than a cynical reordering of oligarchic power that would leave the country unable to break with its past.

So far, the only time Zelenskyy has really acted against Kolomoisky’s interests was when Ukraine’s Western creditors insisted on the passage of the so-called “anti-Kolomoisky” law meant to stop former owners of nationalised banks regaining their assets. Similar resolve will probably be needed again.

When Western leaders visit Ukraine next month to celebrate the thirtieth anniversary of the country’s independence, they should set out a firm benchmark against which Zelenskyy’s reform record will be judged. In other words, deoligarchization without taking on Kolomoisky is no deoligarchization at all.

David Clark was Special Adviser on Europe at the UK Foreign Office (1997-2001) and now works as an independent analyst specializing in foreign policy and European affairs.