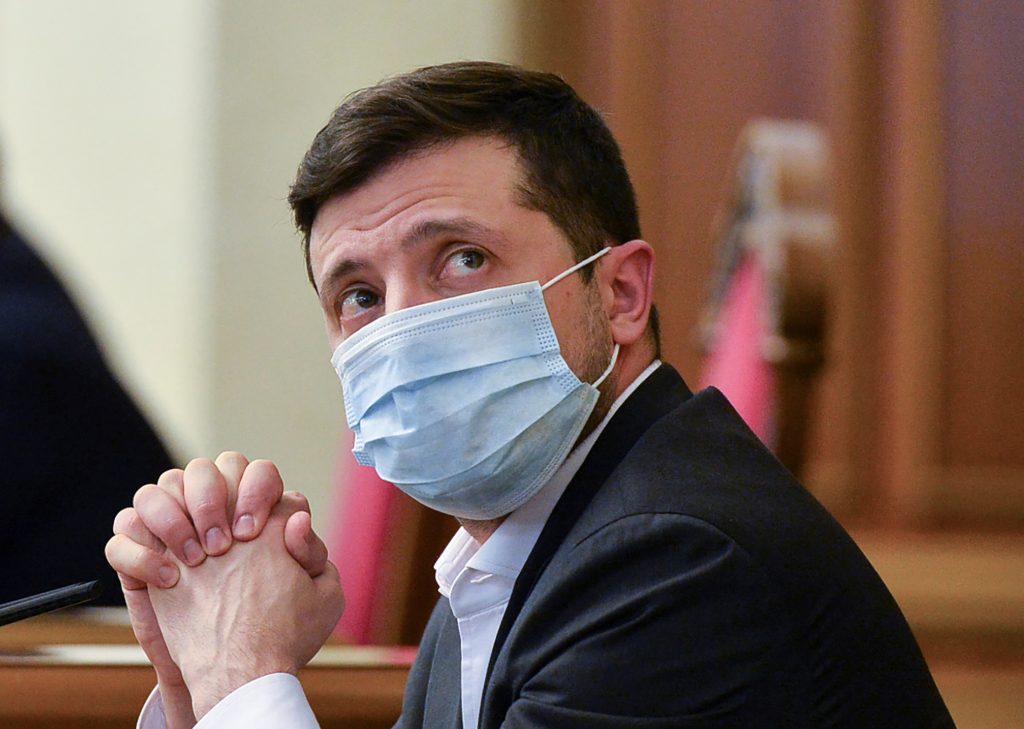 In the last days of October, Ukraine abruptly arrived at yet another critical juncture in its post-Soviet journey between Russia and the Western world. A shock October 27 ruling by the country’s Constitutional Court threatens to dismantle the entire anti-corruption framework established since 2014 and derail years of historic progress towards Euro-Atlantic integration.

President Zelenskyy’s response to the crisis looks set to become one of the defining moments of his presidency. Will he be able to prevent Kremlin-led forces from staging a counter-revolution in the country, and can he do so without sparking a constitutional crisis?

The October 27 ruling was the latest in a series of recent blows to Ukraine’s anti-corruption agenda delivered by the Constitutional Court. Earlier verdicts in August and September declared the National Anti-Corruption Bureau (NABU) unconstitutional and its chairman, the highly respected Artem Sytnyk, unconstitutionally appointed. The latest ruling came in response to a motion filed by 47 pro-Russian legislators to repeal an article in the Ukrainian Criminal Code which made it a criminal offense for government officials to file inaccurate asset declarations.

The court’s actions are a direct challenge to President Zelenskyy’s waning authority and have left the novice head of state in an unenviable predicament. For much of the past half-year, his Servant of the People party has been voting together with the pro-Kremlin Opposition Platform-For Life party that initiated the Constitutional Court’s bombshell late October ruling. This coalition of convenience now appears over.

On November 1, Zelenskyy signaled a tough new stance with a sharply worded op-ed article published in the Financial Times. “Ukraine is under attack,” he wrote. “Not just at its borders, but also at the heart of its democratic institutions. I want to reassure our international partners that we will fight back and prevail.”

The Ukrainian leader then highlighted the geopolitical implications of the Constitutional Court’s anti-reform actions. “These rulings are part of a systematic effort to undermine the rule of law, push back against the progress made in our fight against corruption, weaken our society and economy and, last but not least, stop Ukraine’s Euro-Atlantic integration.”

Although he refrained from naming any specific individuals, Zelenskyy blamed “pro-Russian MPs and those supported by oligarchs” for these actions. “As president of Ukraine, I will never allow these dark forces to succeed in their attempt at a counter-revolution,” he declared.

In his Financial Times op-ed, Zelenskyy also defended the bill he has submitted to parliament in response to the recent Constitutional Court ruling, which aims at re-establishing Ukraine’s anti-corruption institutions. “To protect and reinforce our anti-corruption infrastructure … I asked parliament to restructure the composition of the constitutional court, which has lost credibility and authority. This is a kangaroo court and its head is under investigation for having purchased in 2018 a property in Russian-occupied Crimea, in full violation of Ukrainian law, and not having reported it in his e-declaration.”

The uncompromising tone of Zelenskyy’s op-ed points to a watershed moment in his presidency. However, words alone will no longer suffice. The first question people will ask is whether this change is genuine, or if it is merely designed to appease the International Monetary Fund (IMF) and the European Union, whose continued assistance Ukraine craves.

Zelenskyy will have a lot of convincing to do. He has already exhausted considerable reserves of goodwill by pursuing an anti-reform agenda together with pro-Kremlin and oligarchic forces for the past six months.

Prior to this, his MPs had voted together with the two reformist parties in the Ukrainian parliament, Holos and former president Petro Poroshenko’s European Solidarity, in order to pass crucial land sales and banking reforms demanded by the IMF. However, his subsequent cooperation with Moscow-friendly forces has undermined his credibility as a reformer.

In order to convince the many skeptics, the president needs to name names and publicly identify those who he considers his opponents. The most obvious culprit is the leader of the pro-Russian forces in the Ukrainian parliament, Viktor Medvedchuk, who is Russian President Vladimir Putin’s closest ally in Ukraine.

Medvedchuk was sanctioned by the United States in March 2014 as a key figure in Russia’s occupation of Crimea. He continues to flaunt his close personal ties to Putin by staging regular face-to-face meetings with the Russian leader in Moscow. Despite this, Medvedchuk is still permitted to control three major television channels in Ukraine.

Even more important is whether Zelenskyy decides to condemn Ukrainian oligarch Ihor Kolomoiskiy. Billionaire kingmaker Kolomoiskiy is arguably the country’s most powerful and controversial oligarch. His longstanding ties to the Ukrainian president date back to their time as business partners in the television industry. Kolomoiskiy’s backing was widely regarded as vital to Zelenskyy’s 2019 election success.

The oligarch played a prominent role in Ukraine’s struggle against Russian aggression in 2014, but after suffering major losses in Western courts, Kolomoiskiy has turned to Russia. He has allied with Medvedchuk and other like-minded businessmen in parliament.

Kolomoiskiy is believed to control at least thirty MPs within Zelenskyy’s party, and the true figure may now have risen to forty-five. The oligarch also controls a party of his own, “For the Future,” with a further twenty-four MPs.

For Zelenskyy, breaking with Kolomoiskiy would mean accepting a split in the Servant of the People party and the loss of his current parliamentary majority along with the support of Kolomoiskiy’s media empire. This would transform the political landscape, but the president no longer controls his own party in any meaningful way.

The immediate challenge is the Constitutional Court. Ukrainian reformer Serhiy Leshchenko has called the court Ukraine’s “cornerstone of corruption.” In light of its recent attempts to dismantle the country’s post-2014 reform progress, few would question this verdict. At the same time, it is clear that the political crisis confronting Zelenskyy goes beyond the Constitutional Court itself.

The stakes could hardly be higher. Either Zelenskyy forms some sort of reform coalition with Holos and European Solidarity, or he faces the prospect of losing power to the pro-Russians and Kolomoiskiy.

It is unclear if any coalition would be able to form a parliamentary majority at this stage. Nevertheless, if Zelenskyy wishes to save his presidency, he must make a clear choice and display leadership. His decisions over the coming days are likely to determine Ukraine’s future direction for years to come and will reverberate throughout the wider region.

Image: Ukrainian President Volodymyr Zelenskyy has accused the country's pro-Russian political forces and their oligarch allies of attempting to stage a counter-revolution in Ukraine via the Constitutional Court. (REUTERS/Stringer)