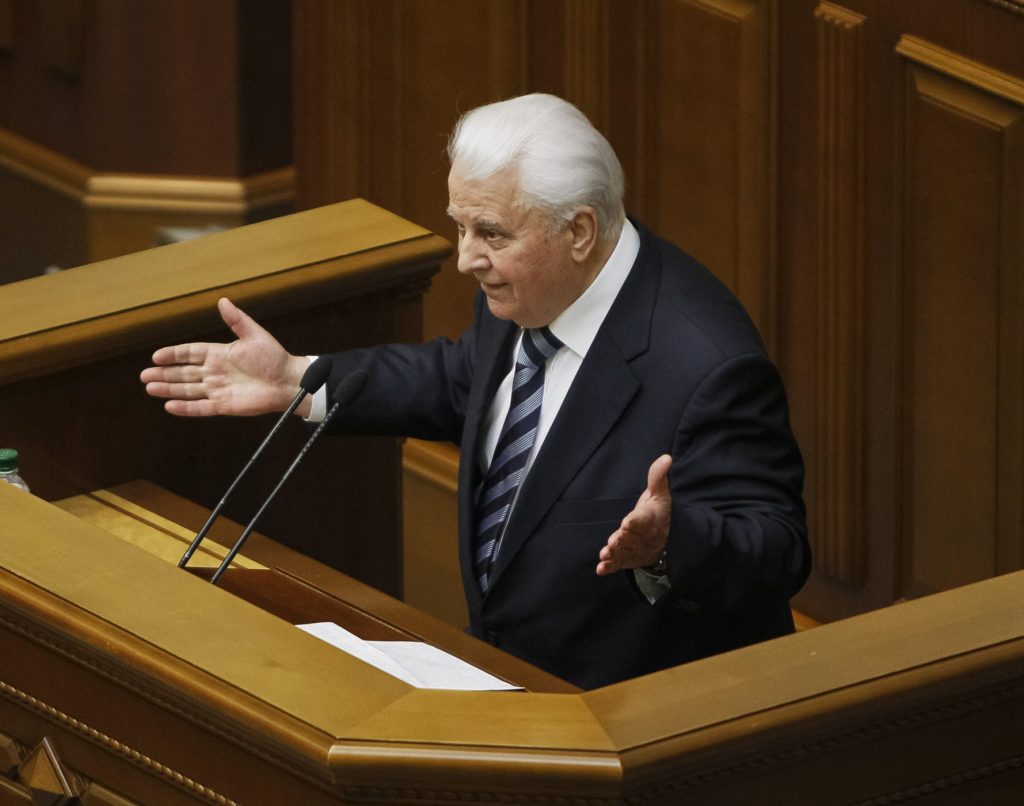 Recent months have seen a confounding set of appointments and personnel decisions by President Zelenskyy and his administration. If the president’s initial appointments when he first took office held the promise of fresh reform approaches, Zelenskyy’s latest picks make a mockery of his claims to represent a new era in Ukrainian politics.

Notably, the president has appointed Leonid Kravchuk, Ukraine’s 86-year-old first president, to lead complex peace negotiations with Russia. In announcing the appointment, Zelenskyy declared that Kravchuk commands the respect of all Ukrainians, forgetting that under Kravchuk Ukraine suffered economic collapse, endured hyper-inflation of 10,000 percent, and ceded autonomy to Crimea, a status that prevented its full integration into the Ukrainian state. Just as importantly, Kravchuk was further discredited by his political alliance in 2006 with Viktor Medvedchuk, Putin’s man in Ukraine.

In a recent interview on Russian television, Kravchuk embarrassed himself by playing along with his propagandist hosts’ premise that Russia is not party to the war it is waging in eastern Ukraine. An octogenarian who needs extensive rest breaks, Kravchuk has decided to add vigor to his team by naming as his top advisor Vitold Fokin, an 87-year-old former Ukrainian prime minister best known for his resistance to market reforms in the first months of Ukraine’s independence. Kravchuk explained that Fokin, who has not been in government service for nearly three decades, “is the best informed about what is going on in the Donbas” among his acquaintances.

Not to be outdone, President Zelenskyy’s Prosecutor General Irina Venediktova has recently appointed another old-school veteran, former Ukrainian Prosecutor General Svyatoslav Piskun, as a key advisor. Piskun is a notorious veteran of the Ukrainian political establishment whose family reportedly owns a USD 2 million villa on the French Riviera. Furthermore, in TV and print interviews, Piskun has somewhat bizarrely stated that he made use of a sixth sense in his work as a state prosecutor and claimed that he is a “koldun,” a warlock with magical powers that he asserts include the ability to diagnose early stage cancers in dozens of friends and acquaintances.

While the Zelenskyy team’s apparent faith in octogenarians and dubious warlocks has raised eyebrows, other recent appointments are sparking even greater concern. This disquiet is shared by policy experts and the millions of Ukrainians who supported the Euromaidan Revolution and the volunteer movement that defended the country against Russian aggression following President Viktor Yanukovych’s 2014 removal from office.

No appointment has aroused more consternation than that of Oleh Tatarov as deputy head of the President’s Office with responsibility for internal security. Tatarov served as deputy head of the Main Investigative Directorate of the Ministry of Internal Affairs during Yanukovych’s violent suppression of the 2013-14 Euromaidan protests. In this capacity, he processed criminal cases against numerous activists and earned renown as a spin doctor for the Interior Ministry at the time of its brutal suppression of mass civic protests.

Tatarov was subject to Ukraine’s lustration laws, the legislation banning members of the Yanukovych administration from government service for ten years. However, President Zelenskyy asserts that his Presidential Office is an advisory and not an executive body, and is therefore not subject to lustration restrictions.

In truth, Ukraine’s lustration laws were written far too broadly in the charged atmosphere after the mass killings during the Euromaidan Revolution. As a result, they excluded many well-qualified technocrats and patriots. In fact, some individuals who served during the Yanukovych years sought to advance the country’s national interests while working in financial, foreign policy, national security, and economic posts. Their number included former President Petro Poroshenko and former prosecutor general Ruslan Ryaboshapka, a well-regarded reformer. Tatarov is not part of that cohort. On the contrary, he was actively and directly involved in the persecution of protesters.

In defense of the controversial appointment, Zelenskyy asserted that Tatarov did not flee the country together with much of the Yanukovych team. This may be true, but it is a rather low standard for a president who vowed to end politics as usual and promised to populate his administration with a new generation of Ukrainians unblemished by association with the failed or discredited regimes of the past.

Tatarov’s appointment is not a one-off. While there are few Maidan activists currently in the government or in the Presidential Office, there is now a growing cohort of appointees closely linked to the Yanukovych team. Oleksandr Babikov was Zelenskyy’s choice for first deputy head of the State Investigation Bureau, an agency investigating Yanukovych-era crimes. Incredibly, he served as a lawyer for President Yanukovych’s defense during the former Ukrainian leader’s treason trial. Serhiy Demchenko, a prominent parliamentarian from Zelenskyy’s Servant of the People party, has also served as a defense lawyer for top Yanukovych aide Andriy Portnov.

Even the few Maidan activists in the Zelenskyy team come with an asterisk. Andriy Smirnov, the Deputy Head of the Presidential Office for legal affairs, was a Euromaidan activist. However, like Babikov, he has spent much of the last six years defending prominent Party of Regions politicians under prosecution by the Ukrainian government for anti-Maidan crimes.

The Ukrainian word “konserva” accurately reflects many of Zelenskyy’s most recent appointments. In literal terms, it means the canned goods and preserves Ukrainians store in cupboards for use during the long winter months. However, the word has two additional metaphorical meanings. It is slang for sleeper agents of a hostile power, and can also refer to relics from past regimes.

The recent trend towards appointing so many old-school politicians and functionaries demonstrates the failure of the Zelenskyy team’s personnel policies, a failure that stems from the absence of a set of coherent programs and political values. It may also reflect the changing political climate in the country. Despite the current hot weather in Kyiv, there is a distinct political chill in the air as public approval of President Zelenskyy continues to decline. With political winter approaching, the novice president appears to have decided it is time to reach into the cupboard for those amply stocked supplies of konserva.