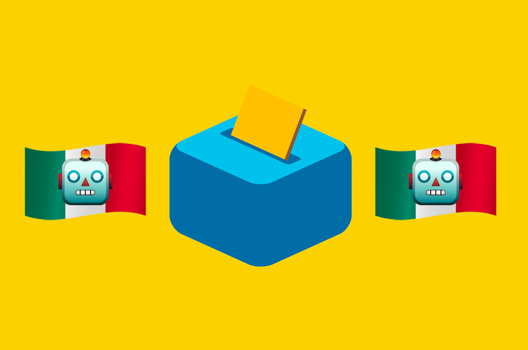 In a little less than a month, Mexico will elect not only a new President, but also 128 members of the Senate and 500 members of the Chamber of Deputies. Ahead of the elections, researchers have observed the use of bots, both commercial and political, deployed for the purpose of promoting candidates, campaign materials, and opposition research on social networks. This is not the first election in Mexico shrouded in social media manipulation and likely not the last.

The use of bots in Mexico is not limited to one political party and seems a more general practice. The majority of research on social media manipulation in Mexico ahead of elections focused on the Presidential race, but much less attention was paid to automatization in senatorial campaigns.