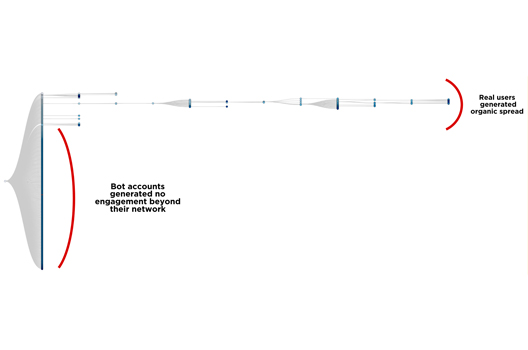 In the buildup to Mexico’s presidential election on July 1, reports have been circulating of “Russian bots” amplifying political messaging in Mexico, raising fears of Russian state-backed interference, such as was seen in the United States in 2016.

@DFRLab has investigated these reports. We have been unable to verify claims of large-scale bot activity emanating from Russia. We have found one apparently Russian botnet boosting Mexican political messages, but this botnet appears to be commercially-run, boosting posts from a wide range of countries and on a wide range of subjects.