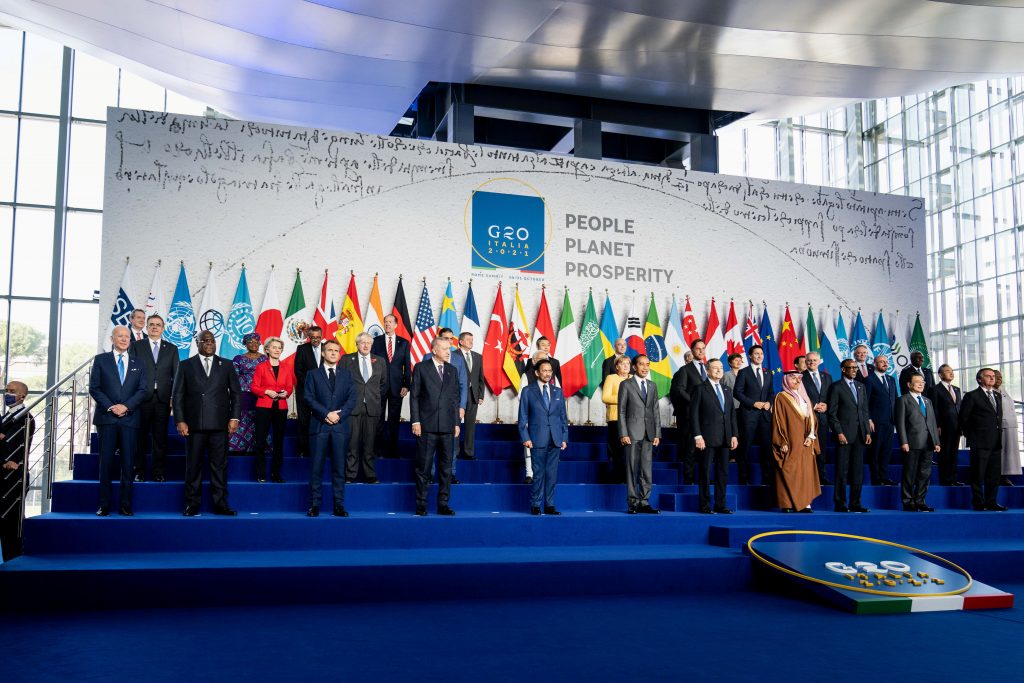 Biden at the G20. On only his second overseas trip as president, Joe Biden joined the leaders of the world’s most powerful economies in Rome for the annual G20 Leaders’ Summit. While Chinese president Xi Jinping and Russian president Vladimir Putin were notably absent (joining virtually instead), the G20 endorsed a previous agreement to set a global corporate minimum tax of fifteen percent and agreed to boost the global COVID vaccine supply.

Defending Taiwan. For the second time in two months, Biden stated the United States was committed to defending Taiwan in the event of an attack by China – a position that would depart from a long-held US policy of “strategic ambiguity” on Taiwan. A White House spokesperson later suggested the remarks did not signify a change in policy. Separately, Taiwan’s president acknowledged for the first time the presence of US troops on the island for training purposes, while Chinese Foreign Minister Wang Yi warned the US and its partners not to interfere in Taiwan’s affairs.

Assad’s Revival. After years of diplomatic isolation, Syrian president Bashar al-Assad was invited to speak with Jordan’s King Abdullah for the first time since the regime began its brutal crackdown against a popular uprising in 2011. Other Arab states, including Egypt, Bahrain, and the United Arab Emirates, moved to revive diplomatic and economic ties as Assad continues to consolidate his grip on power.

“At this moment, the global political landscape is undergoing drastic change. Free and democratic countries around the world have been alerted to the expansion of authoritarianism, with Taiwan standing on democracy’s first line of defense. …The situation in the Indo-Pacific region is becoming more tense and complex by the day …[D]emocratic countries are working to strengthen our broad-based, mutual cooperation in order to respond to regional and global developments.”

Image: U.S. President Joe Biden and other leaders stand for a family photo at the G20 summit at the La Nuvola in Rome, Italy October 30, 2021. Erin Schaff/Pool via REUTERS