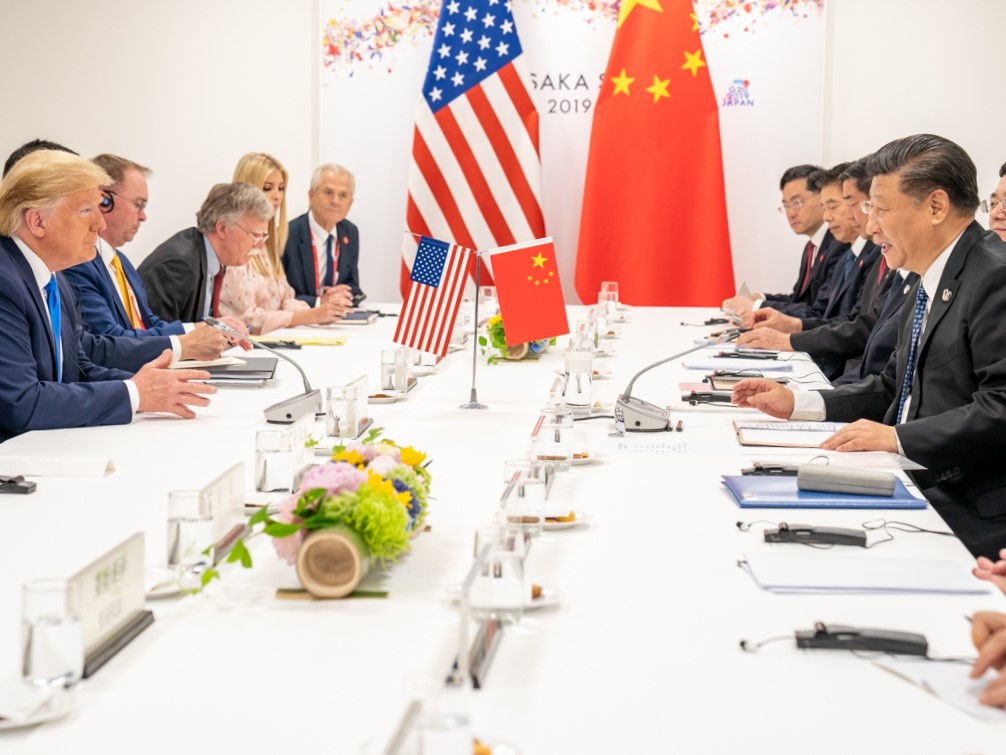 Amid the onset of the COVID-19 pandemic, US President Donald J. Trump’s administration has taken new actions to confront China economically and geopolitically while encouraging its allies and partners in Europe and Asia to join its efforts. Given the uncertainty of the current strategic environment, the Atlantic Council’s Asia Security Initiative, housed within the Scowcroft Center for Strategy and Security, convened a group of senior fellows on June 9 to weigh in on growing US-China economic tensions, including Leland Miller, CEO of China Beige Book; Dexter Tiff Roberts, author of The Myth of Chinese Capitalism: The Worker, The Factory, and The Future of the World; Robert Dohner, Former Deputy Assistant Secretary at the US Department of the Treasury; and Miyeon Oh, director and senior fellow of the Asia Security Initiative.

In response to Oh’s opening question as to whether we are witnessing the collapse of US-China economic relations and its implications for decoupling, the panelists agreed that the United States and China are headed into an especially difficult period—perhaps the most difficult since the 1989 Tiananmen Square massacre. Despite the clear downturn, however, Miller cautioned against overstating the certainty of a relationship collapse, noting that “there is very little that has gone on in the relationship, despite all the headlines, that’s permanent.” Still, with the phase one trade deal rendered “impossible” to execute in the aftermath of COVID-19, Miller was clear that the outlook for US-China relations remains grim.

Similarly, Roberts argued that while “total collapse” has not happened yet, “decoupling has been happening for a while” as a natural result of increasing labor costs, as well as the trade war, tariffs, and Chinese policies seeking to create domestic technology capacity while reducing dependence on global supply chains. However, rather than dwelling on the fate of the “unrealistic” phase one deal, Roberts warned that “more alarmingly, we’re very, very far from reaching a phase two deal” that would address “the real structural difficulties in the relationship.”

While Dohner agreed on the general direction of US-China relations, he disagreed on the severity, arguing that US-China relations are actually in a “much darker place now” than Miller or Roberts suggested. A particularly troubling trend in the relationship, according to Dohner, is that “we’ve moved to a belief that China is implacable, that its behavior won’t change; therefore, China must be confronted and prevented from taking action,” a move that “ironically, has strengthened hawks in the Chinese government.” Diverging from Miller, Dohner also explained that “the phase one deal is not dead, but the phase two deal is,” owing primarily to the impossibility of technology negotiations between the United States and China moving forward.

Questioned by Oh over the fate of Hong Kong in light of recent decisions by China and the United States, Miller argued that Beijing’s imposition of a new national security law carries “tremendous risks” but was “not entirely unexpected” in light of Beijing’s domestic political desire to avoid further embarrassment in Hong Kong’s Legislative Council elections in September. While identifying Beijing’s actions as part of a “complete reversal” of the previous, less aggressive tone of Chinese diplomacy, Miller again cautioned that the repercussions of the US decision to remove Hong Kong’s special status will depend on how China actually implements the new law. Aggressive implementation could see a dramatic ratcheting up of tensions if Beijing does not find an “off ramp” in the future.

While Roberts was less certain that Article 23 was to be expected, he argued that Beijing’s decision stemmed from a combination of opportunism during the COVID-19 pandemic and a domestic political calculation that “politics is more important than economics.” He connected the move to a broader trend of aggressive “wolf warrior diplomats” meant in part to distract from growing economic problems at home.

Dohner agreed that domestic political consideration likely motivated Beijing’s decision but remained skeptical of the reversibility of US and Chinese actions, stating, “once the switch is thrown, it doesn’t get switched back.” He added that it “will be very hard” for Hong Kong to retain its unique economic function moving forward, a development that will damage China economically as it sacrifices Hong Kong’s capacity to serve as a global financial hub on the level of New York or London without offering a workable alternative within China.

Regarding new rules that the Trump administration issued on May 15 to block companies around the world from using US-made machinery and software to design or produce chips for Huawei, Miller pointed out that enduring loopholes and gaps in implementation will continue to limit the impacts of the policy, which still lacks a clear objective. “The single worst policy to have would be to talk a big game and not follow through,” he added.

Roberts agreed that the US approach is not “workable policy,” and that Huawei will remain competitive so long as it can supply inexpensive but sufficiently sophisticated technology to global markets. As such, he argued that it is vital that “the United States put more effort into research and development to try to create viable alternatives to Huawei in terms of telecommunications equipment, and spend more on innovation on 5G and 6G.”

Pointing to the impact of US sanctions to ZTE, Dohner noted that “the United States has demonstrated that it can destroy Chinese companies,” and China seems to believe the ultimate US goal for Huawei to weaken or destroy the company. As a natural response, “the Chinese have decided to develop their own alternatives to create technological independence rather than dependence on the United States.”

Asked by Oh if US efforts to reshape global supply chains are realistic, Miller said that some supply chains—particularly those with national security implications—are being prioritized politically and can be reshaped. “Others are going to be very difficult,” he noted, pointing to the difficultly of cost effectively moving information technology supply chains out of China. Still, Miller identified an ongoing “evolution” in private sector discussions as supply chain vulnerabilities have come into sharp focus during the COVID-19 pandemic.

Expanding on his earlier comments, Roberts stated that supply chain diversification has already been underway as a result of rising wages, the trade war, and COVID-19. Still, he noted that “many of these big companies that have situated their supply chains in China aren’t just there to export. They are there for the China market,” meaning massive departure of US companies remains unlikely, if not impossible.

Dohner emphasized supply chains diversification as an even greater challenge than his fellow panelists, pointing to China’s ability to produce products at “scales of hundreds of millions of units with zero defects” as a key example of how factors beyond labor cost can incentivize firms to resist moving supply chains elsewhere. Dohner underscored prioritization of information technology supply chains as the most effective path forward and worried that “COVID-19 is going to send people in the wrong direction” as they focus on medical supply chains that would have been overburdened, regardless of their location during the pandemic.

This event is the first of several upcoming Asia Security Initiative events focused on the current trajectory for US-China strategic competition. Future convenings will focus on regional dynamics and impacts on Southeast and Northeast Asia, as well as a range of functional topics, including global supply chains, shaping US-China relations in the lead up to the 2020 US presidential election.