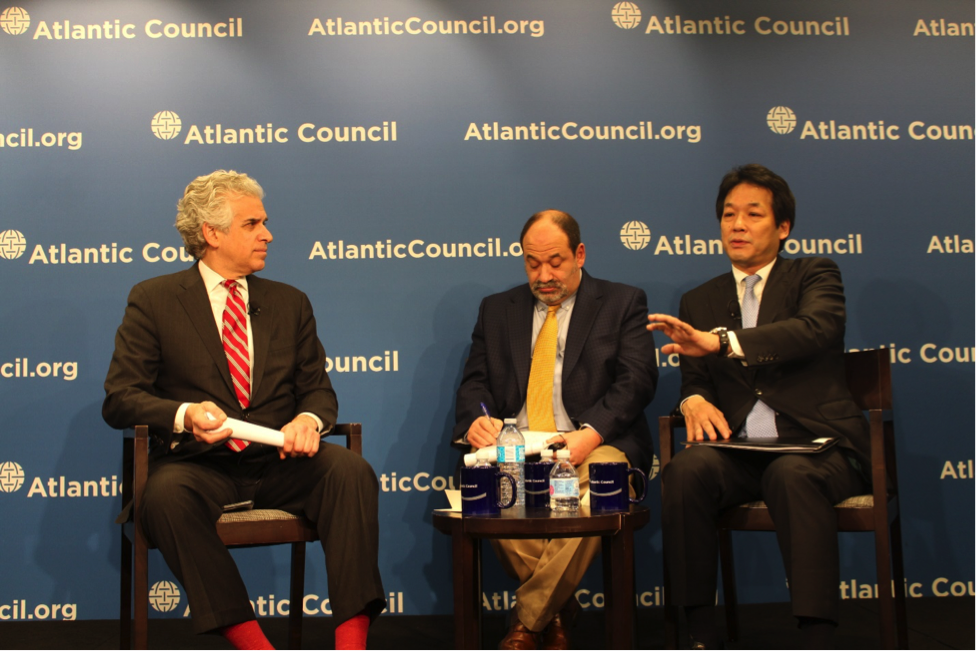 In November 2017, when President Trump visited Japan, Prime Minister Abe and President Trump agreed to work together to promote peace and prosperity in the region by developing the Indo-Pacific as free and open. In addition, particularly after President Trump gave a speech at the APEC CEO Summit in Da Nang, Vietnam, on November 10th, the concept of a “free and open Indo-Pacific” moved squarely into the spotlight and became a priority for policy makers of the United States and Japan. The two countries are about to initiate the process of elaborating this concept, and much work lies ahead, including how to coordinate their focus and approach, how to divide their roles, and how to conduct outreach to allies and partners.

In a conversation with Mr. Barry Pavel, Mr. Kentaro Sonoura, special adviser (national security) to the Prime Minister of Japan, provided an overview of Japan’s vision, and how Japan and the United States could collaborate to promote and secure a “free and open Indo-Pacific.”

In his remarks, Mr. Sonoura touched upon the origins of the concept of the “Indo-Pacific” in a speech given by Prime Minister Abe in 2007 to the Indian parliament, but also reiterated the backing that the concept had since received from US parties such as President Trump and Secretary of State Rex Tillerson. He highlighted the three pillars of the strategy: one, the promulgation of established principles such as the rule of law and freedom of navigation; two, the continued economic development of the region through the improvement of physical, human, and institutional connectivity; and three, the expansion of initiatives to guarantee stability in the region, including assistance on maritime law enforcement.

Despite Japan’s pivotal role in expounding on these principles, Mr. Sonoura also highlighted their broad-based appeal to countries throughout the Indo-Pacific region, emphasizing that the challenges faced by Asia-Pacific nations were also prevalent elsewhere through the Indian Ocean, the Middle East, and Africa. He underscored that this strategy was not intended to counter a specific country or initiative, but rather was open to all interested parties that might support its principles, and that cooperation would be essential to ensuring prosperity for all in the region.

Image: Mr. Kentaro Sonoura and Mr. Barry Pavel discuss international norms, the rule of law, the importance of international cooperation for infrastructure development, and US-Japan collaboration for the future of the Indo-Pacific region.